So many reasons to celebrate today....  And one of those reasons to celebrate is the publication of 1001 Dark Night: Bundle Twelve.  It’s a steamy collection that  introduces readers to Discovery Authors Nazarea Andrews and Megan Erickson and contains 6 novellas, including novellas from New York Times and USA Today bestselling authors Alexandra Ivy, Laura Wright, Lorelei James, and Lara Adrian.  Keep reading to get a tantalizing taste of this multi-genre collection then add it to your bookshelf! 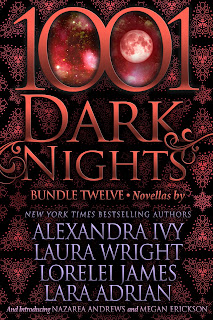 From New York Times and USA Today bestselling authors Alexandra Ivy, Laura Wright, Lorelei James, Lara Adrian, and introducing Nazarea Andrews and Megan Erickson. Six Dark Tales. Six Sensual Stories. Six Page Turners.
KAYDEN:  A Bayou Heat Novella by Alexandra Ivy
Kayden is obsessed with revenge after his parents disappeared when he was just a cub. Now the gorgeous Hunter has discovered the man responsible for betraying them – Joshua Ford – and it’s time for payback. Beginning with the kidnapping of Joshua’s daughter, Bianca. But last thing he expects is to be confronted with the horrifying realization that Bianca is his mate. Will he put revenge before his chance for eternal happiness?
SIMON:  A Bayou Heat Novella by Laura Wright
Sexy male model, Simon refuses to give up his exciting life in New York City to return to the slow heat of the Wildlands. For a decade, many pantera have tried to capture the rogue Diplomat and bring him home, but all have failed. Now it’s Tryst’s turn. The hard, brilliant, and gorgeous, Hunter is the ultimate tracker. But can the admitted beast-girl of the Wildlands capture her prey without losing her heart in the process?
STRUNG UP:  A Blacktop Cowboys Novella by Lorelei James
Rancher Creston Grant retreats from the world after he loses the love of his life….Can his former flame, rodeo cowboy Breck Christianson prove he’s a changed man who can give Cres a second chance at love?
MIDNIGHT UNTAMED:  A Midnight Breed Novella by Lara Adrian
For Breed warrior Ettore Selvaggio, stealth assassinations are only one of his specialties. The last thing Savage expects to find behind enemy lines is a woman he once adored. It’s been years since Savage last saw Arabella Genova. Years he’s strived to banish to his past, along with the fierce desire he once felt toward Bella and the irresistible calling of her blood that stirs in him even now, despite the fact that she belongs to another male.
DIRTY SEXY SECRET by Nazarea Andrews
Even when you know better...
There are a million reasons why Hazel Campton is off limits: she’s a journalist.
I’m a cop. Oh, and she’s my foster sister.
My secret is I didn’t care. I haven’t stopped wanting her since I slept with her the night before she left.
She’s trouble. Always has been.
It’s hard to resist the thing you’ve always wanted...
Growing up with Brandon Archer means I know him. Good. Bad. Everything in between.
It’s just never mattered.
My secret? That night. The one I stole, that’s kept me from Archer and Green County, for four years.
Now I’m home, and nothing has changed. Except me. And not in the way that means a damn thing.
Because I still want him.
Everything can change with a knock at the door...
Secrets. Everyone has them. Archer. Me. This town.
Perfection only runs surface deep in Green County. When there’s a knock at me door, it’s a familiar face all covered in danger, and all those secrets we hide?
They’re about to come tumbling out.
BITE THE HAND THAT BLEEDS by Megan Erickson
Roxy heads below the streets of Mission City to a vampire club, determined to give up her blood in exchange for much-needed cash. She has no idea that the handsome, brooding vampire she meets there will awaken desires she didn't know she had, and will change her life forever... 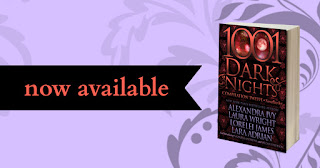 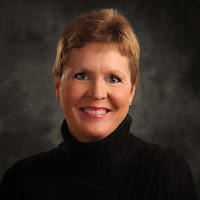 ALEXANDRA IVY is a New York Times and USA Today bestselling author. From Alexandra: “I’m not exactly sure when I fell in love with books. Probably on my mother’s knee listening to her read Dr. Seuss to me. I do remember that I was barely old enough to cross the street by myself when I discovered the delights of the local library.
Could anything be more wonderful than spending summer days surrounded by stacks of Nancy Drew mysteries? Over the years I fell in love with Victoria Holt, Jane Austen, Agatha Christie, and J.R.R. Tolkien just to name a few. I read poetry, essays, biographies, and plays. In fact, I read anything I could get my hands on.
Years later (no, I’m not admitting how many) I’m still an avid reader, and my tastes are still as varied as they were in my youth, which I suppose helps to explain why I enjoy writing regency historicals under the name of Deborah Raleigh, as well as my contemporary paranormals as Alexandra Ivy. For now that is enough to keep me busy, but who knows what the future might hold!
I do have a few other loves in my life besides reading and writing, the most important being my unbelievably patient husband, David, and my two sons, Chance and Alexander. Without their constant support and belief in me, I never could have been able to follow my dreams. They are truly my heroes.

LAURA WRIGHT is a New York Times and USA Today bestselling author. From Laura: “Unlike many of my peers in the writing world, I wasn’t a writer or a reader until I left high school. During my youth I was into theater, song and dance, commercials and boys. I loved romance surely, but I had never read a romance novel until my late teens. With that said, I remember the day I did like it was a moment ago – my aunt gave me the Jude Deveraux novel, Knight in Shining Armor and I couldn’t put it down until the very last word. Then I went straight to the library and got another – then another until I’d read everything she’d ever written. After that, it was McNaught, Howard, Schone, Kleypas, and the Silhouette line, Desire. I instantly loved those emotional, sexy reads, so much so that I began to carve out ideas for my own stories, themes that were unique to me and moved me. In 1997 I enrolled in UCLA extension writing classes, met my mentor and critique partners and since have never stopped writing. I was committed then and I still am now; the need to tell my own romantic stories a full on obsession. My first manuscript was rejected, and though the second one was as well the editor who’d rejected it wanted to see something else from me. I had something (note to authors; always keep working, even after you’ve sent in a proposal) and sent it right away. The day I got the call telling me Desire wanted to buy Cinderella and the Playboy was the best day of my life. That is until I married my husband, and had my two beautiful children. But I must say, writing is much like motherhood – tough, grueling, surprising, delicious and for me, a dream come true.” 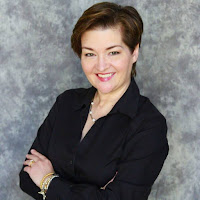 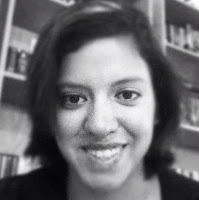 NAZAREA ANDREWS (N to almost everyone) is an avid reader and tends to write the stories she wants to read. Which means she writes everything from zombies and dystopia to contemporary love stories.
When not writing, she can most often be found driving her kids to practice and burning dinner while she reads, or binge watching TV shows on Netflix. N loves chocolate, wine, and coffee almost as much as she loves books, but not quite as much as she loves her kids.
N is a self-professed geek and enjoys spending her spare time lost in her favorite fandoms and can often be found babbling about them on social media.
She lives in south Georgia with her husband, daughters, spoiled cat and overgrown dog. She is the author of World Without End series, Neverland Found, Edge of the Falls, and The University of Branton Series. Stop by her twitter and tell her what fantastic book she should read next.

MEGAN ERICKSON is a USA Today bestselling author of romance that sizzles. Her books have a touch of nerd, a dash of humor, and always have a happily ever after. A former journalist, she switched to fiction when she decided she likes writing her own endings better.
She lives in Pennsylvania with her very own nerdy husband and two kids. Although rather fun-sized, she's been told she has a full-sized personality. When Megan isn't writing, she's either lounging with her two cats named after John Hughes characters or... thinking about writing.