A game between a boss and his assistant soon takes an erotic turn in this standalone romance of opposites attracting.  When a fiery assistant declares war on her cold and commanding boss sparks fly in a battle of the sexes that changes their lives irrevocably.  Keep reading to get a tempting taste of NSFW by Piper Lawson, and discover even more decadent delights about this book by visiting the other sites hosting this tour, then add it to your bookshelf.  In honor of this fun and flirty romance make sure to fill out the form below for the chance to win a $25 Amazon GC too! 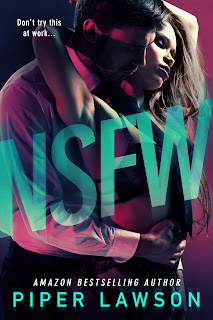 Being bad never felt so good...
The office is full of rules. Everything is off-limits. Making a charity calendar of the sexy guys on your floor? Not allowed. Shrinking your boss' underwear when he sends it for dry-cleaning? Can't do that either.
But those things keep the natural balance. See, Avery Banks, our resident rising star, is a shark. The tall, blond, and gorgeous kind with zero patience and even less forgiveness.
Good thing I'm the Mae West of executive assistants. I live to put grown men in their place.
He wasn't supposed to find out...
Now he's made it his personal vendetta to screw me the way I screwed him. I'm at his beck and call, 24/7, for every humiliating, meaningless request.
Until we stumble on a new game. One we both want to play. One we both need to win.
And once we start...I'm not sure Avery wants to replace me.
I'm not sure I want him to.
All I want is more of this. The fire under the ice. What happens behind closed doors.
It's twisted, and so damn hot. But he's my boss. And with the company coming off a scandal even I couldn't engineer? What we're doing is strictly NSFW.
Lucky for me, Avery and I have one thing in common...
We both suck at following the rules.

“That was unprofessional as hell.” His furious voice dragged down my spine.
“They loved it. No one got hurt. Those clients will be eating out of your hand by the end of the night.”
“That’s what you’re after. Men eating out of your hand.”
The yellow light cast long shadows in the small room. In the corner of my eye Avery’s reflection bounced back at me from the mirror over the sink. The tightness in his body. The arm braced over my shoulder, as if I’d slip past him otherwise.
My mouth curved, and I hoped to hell he didn't see it tremble. “Depends on the man.”
The sink dripped every few seconds, the only reminder of where we were.
Country music drifted through the door. I felt it in my back.
But most of my attention was taken up by the man looming over me. His shoulders blocked out the light, his face half cast in shadows.
“If I told you to get up in the morning and go to bed at night, I bet you’d do something else. Just to defy me.”
“It does bring me some small satisfaction,” I admitted.
“I’m not getting any satisfaction, Charlotte.”
The struggle was evident in the lines of his face. The tension in his body.
I angled my chin up, my heart racing against my ribs.
He shot me a dark look and my breath caught, fire starting in my belly. I felt the tension in his arm braced over my shoulder.
“I’m wound so fucking tight I could snap.”
Sensations shooting from my waist down had me sucking in a breath. I realized his fingers had found my waist, over my thin top. Pressing just hard enough to hold me in place.
I didn’t even know if he was aware of it but I sure as hell was.
“And under that smug smile, I think you are too. I think fighting with me turns you on.”
His thumb caught the edge of my shirt, and the next upward stroke had his skin rubbing mine. I gasped.
This was crossing a line. Each touch grazing my bare skin crossed that line.
“Tell me. Under these—" his hand spanned my hips, pressing along the top of my leggings just below my stomach “—are you soaked?”
It took a minute for me to get past his hypnotic voice, the sight of his lips inches from mine.
Sht.
I was afraid, but not of him. Of the scorching chemistry that’d risen up from nowhere.
I knew we’d not only crossed a line, but obliterated it.
I knew it before his hand found mine. The intimacy of it stole my breath.
Until he lifted two of my fingers to his mouth. Wrapped his tongue around them.
Fire streaked down my spine.
Holy hell. The pull of his mouth drew a cord that tugged on my whole spine, ending in the pulsing heat between my legs.
What are you—?
I realized I didn’t say the words out loud because I couldn’t find my voice.
He moved my hand to my waist, dragged both our fingers along the waistband of my pants in a way that had me biting my lip. “Let’s find out.” 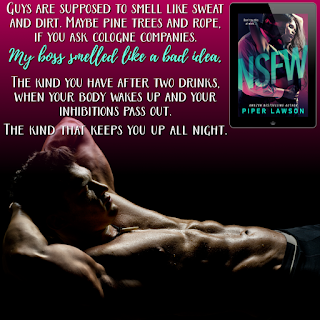 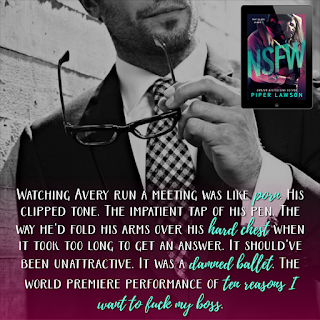 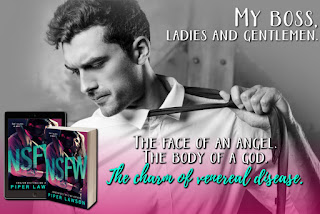 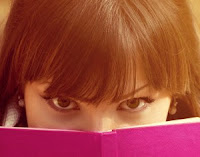 I read and write stories where the girls aren’t doormats, the guys aren’t asshats, and secondary characters aren’t second-class citizens. A card-carrying millennial, I have two business degrees and zero hope of starting a fashion label (unlike my Travesty characters). I crave quirk the way some people crave kink, and believe life is too short not to do what—and who—you love.