Two men recovering from traumatic pasts find a healing connection that’s put to the test in this unforgettable romance.  Keep reading to get a tempting glimpse of Tokyo Heat by A.M. Salinger, with its drool-worthy book cover, then add this third installment in the m/m-fueled Nights series to your bookshelf when it releases on March 13th! 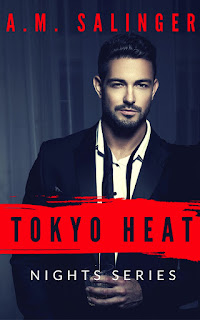 I want him. I love him. But I don’t know if he feels the same way about me — Gabe
I cherish him. I need him. But I don’t think I have any love left to give him — Cam
A year has passed since Cam Sorvino challenged Gabe Anderson to grant him one night of torrid sex. Now living together and settled in a scorching hot relationship, Cam is happy with things as they are. Until the day Gabe says the three little words Cam is most afraid to hear.
Having overcome the terrible scars of his own past, Gabe knows Cam still has his own demons to fight. But when Gabe inadvertently confesses his love, he can only watch helplessly as Cam distances himself from their relationship.
Will Cam’s fear of having his heart ripped apart drive away the only man he’s ever truly cared for? Or will Gabe finally convince Cam to dare embrace a future with him? 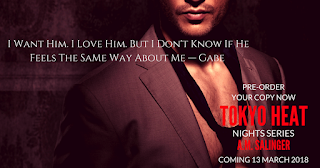 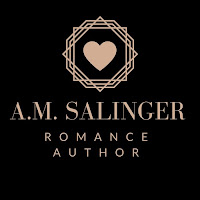