Historical romance fans have reason to rejoice with this heartfelt tale of starting over as a widower finds his heart reawakened by a woman who challenges him at every turn.  Keep reading to get a tempting taste of Brave New Earl by Jane Ashford, then add this Regency series starter to your bookshelf!  In honor of this first installment in The Way to a Lord’s Heart series make sure to fill out the form below for the chance to win 1 of 5 copies of a book from another of Ms. Ashford’s series too! 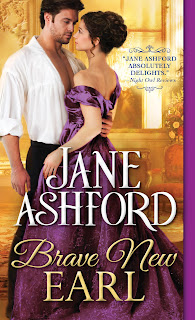 An Earl mired in melancholy is no match for a determined woman...
Widower Benjamin Romilly, Earl of Furness, has given up hope of finding happiness. His wife died in childbirth five years ago, leaving him with a broken heart and a child who only reminds him of his loss.
Miss Jean Saunders is a cousin by marriage. She doted on Benjamin’s late Countess, and can’t bear it when she hears rumors that the Earl is too bereaved to care for his young son. She arrives on the scene to evaluate his fitness as a father, and if necessary, to take his son away.
Jean’s sudden eruption into the Earl’s household simultaneously infuriates and invigorates him. She may be the only person who can breathe life into his neglected home—and his aching heart… 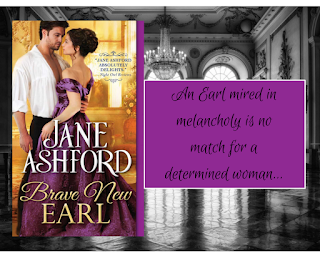 Jane Ashford discovered Georgette Heyer in junior high school and was captivated by the glittering world and witty language of Regency England. That delight was part of what led her to study English literature and travel widely. She’s written historical and contemporary romances, and her books have been published all over Europe as well as in the United States. Jane has been nominated for a Career Achievement Award by RT Book Reviews. She lives in Los Angeles, California.