Book Spotlight on The Protector by HelenKay Dimon (GIVEAWAY)

Readers will be on the edge of their seats with this suspenseful tale full of numerous twists and turns and an unexpected romance weighed down by secrets.  Keep reading to get a tempting taste of The Protector by HelenKay Dimon, then add this exhilarating read to your bookshelf.  In honor of this fourth installment in the Games People Play series US readers can visit the link below for the chance to win a paperback copy of this book too! 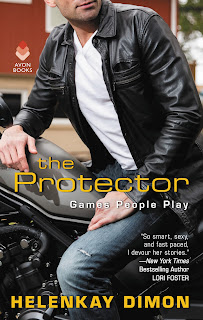 Salvation, Pennsylvania. The commune located in the small town was advertised as a modern Utopia: a place to live, share, and learn with other like-minded young people. Cate Pendleton’s sister was one of them. Now she’s dead—and Cate won’t rest until she finds out who killed her. Stonewalled at every turn, she approaches a DC Fixer for help and ends up with Damon Knox, a mysterious man with a secretive past. But Cate soon discovers that she not only needs Damon, she wants him, which isn’t good—for the attraction brewing between them will only lead to complications that can turn into danger...
Damon has tried to erase the hellish memories and the evil that happened in Salvation ever since he left a long time ago. Still, he can’t turn his back on Cate. As Damon works with Cate to uncover her sister’s killer, he finds himself drawn to her more and more. But how will she feel about him when she learns about his connection to the place?
Joining forces to uncover the truth, they must stay one step ahead of a cunning killer who’s bent on not being exposed.

I am not a hero, Cate.” He tried to pull away.
She held on, resting their joined hands against her chest. “Never said you were. You’re a flesh and blood man.”
And this close, she could smell the soap on his skin and see the darker streaks in his green eyes.
“Very much so.” His breath seemed to hiccup.
“So...”
When his voice trailed off she got a taste of what it felt like to have someone drop the end of important sentences like she often did. But she didn’t think he tried it or that he was playing games.
“Now you’re the one who should finish the sentence.” Her voice came out in a breathy whisper.
“We’re in a tense situation. Stress sometimes disguises itself as something else.”
The words crashed into her brain, wiping out every other thought. She pulled back a bit, but kept holding his hand. “What are you talking about?”
His gaze traveled over her face now, landing on her mouth. “How much I want to kiss you.” 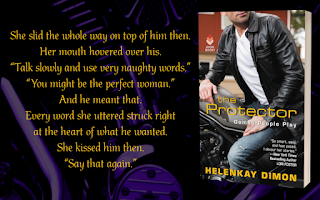 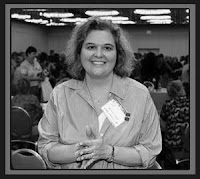 Award-winning author HELENKAY DIMON spent twelve years in the most unromantic career ever - divorce lawyer. After dedicating all of that effort to helping people terminate relationships, she is thrilled to deal in happy endings and write romance novels for a living. Her books have been featured in Cosmopolitan Magazine and E! Online. HelenKay loves hearing from readers, so stop by her website and say hello.