It’s a sweet and sexy tug of war between a young woman devoted to her studies and an up and coming rockstar in this fun and flirty contemporary romance.  Keep reading to get a tempting taste of Flip the Beat by Roxanne D. Howard, and discover even more about this book by visiting the other sites hosting this tour, then add this tale to your bookshelf.  In honor of this charming tale make sure to fill out the form below for the chance to win a $10 bookstore GC too! 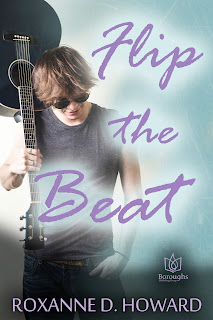 WHEN YOU WISH UPON A STAR
Molly Ivers thought she found Prince Charming, but without a devilishly sexy accent, and six months ago she gave into their undeniable attraction. But the swarm of ever-present groupies was so not part of the fairy tale. As much as it hurt her heart, she shut out rocker Evan Castle.
Now, on the verge of finishing her graduate degree and moving to Paris—she even hires a French life coach—Molly begins to realize Evan, who hasn't given up on her, might be the man of her dreams after all.

“Thanks, guys.” Evan’s smooth voice came over the mic while the guitar music died. “We’re gonna take a quick break, but we’ll be back in ten, so stick around.” He hopped off the low stage to scattered applause and whistles. Molly schooled the smirk on her face as he sidled past the flirting girls and made his way toward their table.
“Well, well, well, if it isn’t the Wonder Twins, TWT, Inc.”
He slid into the empty space beside Molly in the booth. She exchanged an amused look with Nell. He’d christened them with the moniker upon moving in. They were never Nell and Molly, but Fischer and Ivers, TWT. Their eye color, skin, and facial features couldn’t be more different, but they were both the same height, petite-figured, and had wide, generous mouths and lots of hair.
“So, where’s the right-wing Republican boyfriend tonight?” he asked.
He stretched his arm over the back of Molly’s seat in a casual way. His forefinger grazed the edge of her earlobe, and a pleasant shiver ran through her.
“I thought you two were attached at the hip.”
Molly went silent and looked at her drink. Great, here it came.
“They broke up,” Nell chipped in.
Molly gave her a look of mock gratitude from across the table as Evan turned to her in surprise. His sexy hazel eyes searched hers. She waited for one of his classic Evan Castle comments, but the solemnity in his expression told her he wouldn’t give any.
He whistled low. “Sorry, Ivers, that sucks. You guys were together for a while.”
She hid her cringe as she took another sip of her drink. “Yeah…” Gulp, gulp, uncomfortable silence.
The drummer in Evan’s band called over to him, and Evan told him he’d be right there. He rapped his knuckles on the table and flashed them both a flirty smile.
“Well, Ivers,” he said as he slid out of the booth. “You’ll have a lot of attention to deal with, now that you’re back in the jungle with the rest of us primates. Do me a favor, eh, and don’t forget to put a bag over your head when you go out from now on, or you’ll have every guy in the room at your feet and beating down your door. Then I’ll never be able to talk to you.” He gave her a cheeky wink and walked off.
Molly turned crimson. Nell mouthed, Wow! as she put her palm over heart, and her jaw dropped open. They watched him walk off.
“What a compliment and a half! I did wonder why you two never got together. He always looks at you like he’s about to walk you against a wall and have at you.”
“What? No, he looks at all the girls like that. He’s just sweet and being a total flirt.” Molly waved it off, but her heartbeat accelerated as she remembered when he had, indeed, taken her against a wall their third time the night they’d spent together. 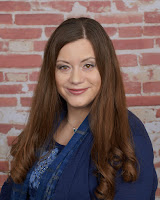