Book Tour for All Screwed Up by AJ Adams (REVIEW)

It’s a scorching and suspenseful tale as a strong-willed woman on the run from trouble runs head-long into greater danger from a member of royalty who’s more than what he seems.  Keep reading to get a tempting taste of All Screwed Up by AJ Adams, along with my impressions of it.  Once you’ve been fully tempted by this second installment in the Belial’s Disciples series make sure to add it to your bookshelf too! 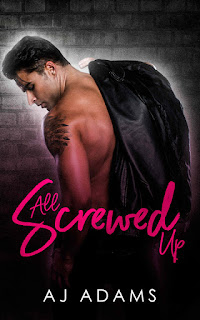 Sexy, sassy adult model Lacy Desire is in deep trouble. Having walked out on her abusive photographer ex and wrecked a major deal, he and his underworld backers are out for revenge.  Lacy decides only one man can save her: Rex Winslow, the super hot money launderer for the Disciples MC. His rep for violence and mayhem doesn’t worry her because she knows a secret that will keep him in line.
Rex Winslow, tenth Viscount Ravenshurst and financial guru to the Disciples MC, is about to pull off the deal of a lifetime that will restore his family name and fortune. When Lacy turns up and blackmails him into helping her, he’s furious. Worse, her troubles bring the Horde, rivals to the Disciples MC, crashing in on his deal. Handing her over will fix it but cold-hearted practical Rex discovers he’s fallen head over heels. Can he give her up? 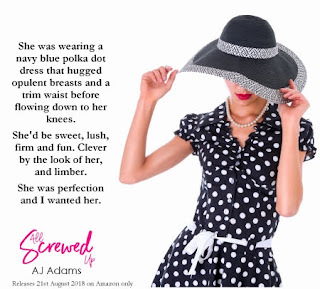 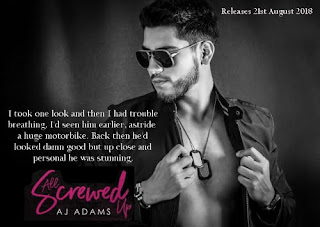 When it comes to MC romances there’s always a bit of familiarity when it comes to the setting and the banter, but Ms. Adams has set this one apart through its exotic English setting and colloquialisms.  There’s a bit of poshness courtesy of the hero’s pedigree and a unique terminology that presents a compelling dichotomy to the characters.  From the first page to the last readers will find themselves captivated by the memorable characters inhabiting this world and waiting with bated breath for more.

Lacy Desire’s not you average heroine after growing up with a father who skirted the law and a childhood that left her struggling to survive.  The older she got the more hardened she became in a business that had her relying on her looks and dealing with the preconceived notions of being an adult model.  Her focus eventually became her daughter which has her willing to do anything to make Mia’s life perfect...including working with an abusive ex in a project that takes an unexpected turn, leaving her on the run from thugs paid to harm her. Lacy’s a feisty heroine unafraid of standing up for herself and using blackmail to keep herself safe.  She’s drawn to Rex the moment she sees him, drawn to his sensuality and to the danger he exudes as she needs a strong protector when dealing with her ex.  Theirs is a combustible relationship from the start, full of sexy and snarky innuendos in an erotic tug-of-war where she’s a formidable match.  Overall she’s a feisty heroine, with a big heart when it comes to her daughter, who’s a compelling match to Rex and their interactions provided hours of entertainment and eroticism.  First glimpse showed her to be just a pretty picture, but the more readers see of her the more her smarts and sass shine through.

Rex Winslow, the Viscount Ravenshurst, grew up in a family of money and fame until fate intervened to set him on a path of revenge and justice.  He became a changed man and through the years he aligned himself with the Disciples MC who helped him gain wealth, appease some of his anger, along with saving their village.  It was a time of blood and danger, leading to a necessary war, but it’s now left him unsatisfied.  With a lucrative land deal in the works though, one that’s strictly for his satisfaction, Rex needs to keep his hands clean which is why he’s so angered by Lacy’s blackmail of him.  He’s further frustrated by his instant attraction to her and all the naughty thoughts she engenders in him. Theirs is a crackling connection from the moment she offers herself to him in exchange for his protection.  Snarky banter and numerous erotically-charged encounters follow where he gets further insight into who she is while dreading their time together coming to an end.  Rex is an interesting dichotomy of gentleman and criminal, a great fighter yet unafraid to show his softer side to a woman left scarred by the warring MCs.  He’s not always a noble hero, but he is a delicious one that I couldn’t help drooling over despite his imperfections.

This was a fast-paced read that stood strongly on its own despite being the second installment in Belial’s Disciples series.  The story was exhilarating, full of blood and danger as a rival MC tries to stake its claim, with a suspenseful journey to HEA that was rocky but oh so satisfying.  Rex and Lacy were a decadently delightful couple who gave as good as they got in a relationship full of eroticism with heartwarming moments that caught them by surprise.  Their banter was crackling and antagonistic too which added another layer of eroticism to their interactions.  The Disciples’s battle against a rival kept me on the edge of my seat, glued to the pages, in a war that was well thought out. Add in a dangerous new Constable and it makes for a suspenseful journey where good and bad aren’t always clear.  The men of the Disciples MC are an eclectic bunch, rough around the edges, but with a heart kept well-hidden when it comes to the safety of women and children.  Their code allows for them to draw blood, maim, but not kill...and harming a woman or child is the ultimate sin in their eyes.  I was drawn to the glimpses we got of Crush, Viper, and others in the Disciples MC and was impressed by their smarts and entertained by their interactions with Lacy, which bordered on adoring and antagonistic.  In other words, she fits right in and I look forward to getting to know more about these sexy MC bikers in the future.  Readers looking for a well-rounded read that nicely balanced romance with suspense will want to add this one to their bookshelf for its delightful main couple, action-packed scenes, and satisfying storytelling that will keep you on the edge of your seat! 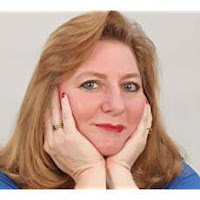 AJ Adams writes twisted love stories set in the violent world of the Cartel, Camorra, Belial's MC and Prydain.
AJ Adams novels are self-standing and although some feature the same families, you need not read them all - but it would be awesome if you did.