Readers looking for a bit of afternoon delight will definitely want to add this ménage-themed story to your bookshelf for its erotically-charged interactions that will make readers blush.  Keep reading to get a tempting taste of Eyes Wide Open by Lucy Felthouse, then add this second installment in the Totally Five Star series to your bookshelf! 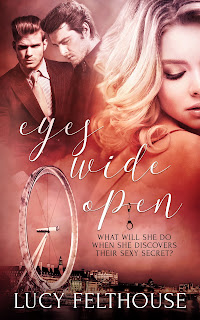 A chance meeting opens Fiona’s eyes to some very sexy possibilities.
Recent graduate Fiona Gillespie is stuck working in a grimy pub in London’s East End, and living in a horrid flat. It’s only while she figures out what she wants to do career-wise, but that’s easier said than done.
When she sees an advertisement for a job at a plush Mayfair hotel, she jumps at the chance. Determination and a spot of luck land Fiona her dream role—and it comes with accommodation included.
Her job and living situation sorted, things are on the up. Unfortunately, her personal life is lacklustre. It doesn’t bother her, though—not until she meets businessmen James and Logan, and her head is well and truly turned.
When a misunderstanding leads Fiona to James and Logan’s sumptuous top-floor hotel suite, she has no idea what she’s about to uncover. Her imagination runs wild, but not wild enough to get to the truth—James and Logan are a couple, and they’re into some seriously intriguing activities.
Fascinated, she launches herself into a whole new world with the two men. But is this just physical, or is their arrangement set to become something more? 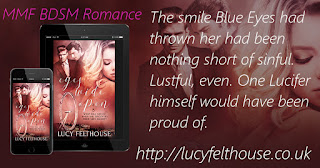 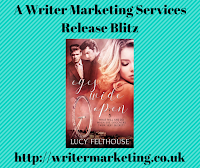