A woman who’s not what she seems finds herself gaining the attention of a Viscount who’s tired of pomp and circumstance in this exhilarating historical romance that will keep readers on the edge of their seats.  Keep reading to get a tempting taste of A Lady Never Tells by Lynn Winchester, then add it to your bookshelf.  In honor of this first installment in the Women of Daring series make sure to fill out the form below for the chance to win a $25 Amazon GC too! 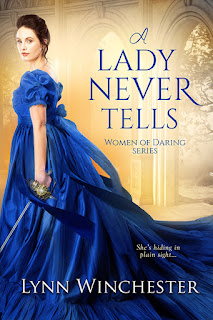 Richard Downing may be a viscount of impeccable character, but he’s bored beyond belief of dancing at balls, faking smiles, and making dull conversation. So when he stumbles upon a housemaid with defiance in her striking blue eyes and a dagger hidden in her skirts...well, color him intrigued.
Raised with a rather...peculiar upbringing, Lady Victoria Daring is full of secrets and surprises. As part of His Majesty’s personal homeland spy network and as a master of disguises, Vic is charged with infiltrating high society to uncover the enemies hiding in plain sight.
But Richard is the first man to see through her disguises––and infiltrate deep into her heart. Too bad his family is at the top of her list of suspects...
EXCERPT: 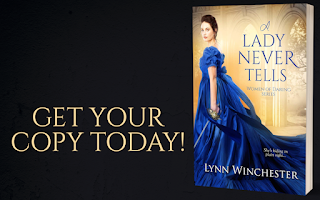 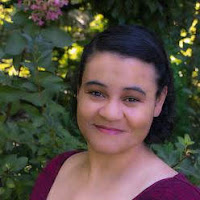 LYNN WINCHESTER is the pseudonym of a hardworking California-born conservative, now living in the wilds of Northeast Pennsylvania. Lynn has been writing fiction since the 5th grade, and enjoys creating worlds, characters, and stories for her readers.