It’s a sizzling story of overcoming the past to find a future between two people weighed down by loss and grief.  Keep reading to get a tempting taste of Secret Obsession by Ann Mayburn, along with my impressions of it, then add this erotically-charged tale to your bookshelf.  In honor of this third installment in the Cordova Empire series make sure to fill out the form below for the chance to win a $25 Amazon GC too! 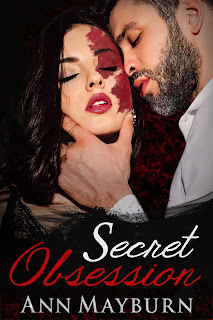 Layla
From the moment of my birth I’ve been rejected by those who should have loved me, labeled as a freak because of my birthmark, bullied and tormented because I look different. When you’re told every day that you’re ugly and worthless you start to believe it. I managed to escape my malicious family and build a life for myself, but they’d broken something inside of me. I’m afraid to go outside, afraid to be around large groups of people, afraid of any type of confrontation and my panic attacks have left me pretty much house bound. If it wasn’t for my online friends I probably would have given up on life long ago. But there is one special friend, a man by the name of Mark, who keeps me going. He’s brave, smart, strong, and kind…and has no idea that I’m secretly in love with him.
Mark
Once I was a good man with a perfect life. I had a job I loved training dogs for the police with my wife, had a great family who filled our lives with laughter, and I woke up every day with a smile on my face. I was completely content in my blissful ignorance. I had no idea about the criminal world that thrived all around me, no idea that I’d made some powerful enemies who do anything to destroy me. Including killing my wife. I swore my revenge, and got it, but in the process I lost my soul. It was during these dark times, after my vengeance was fulfilled and I was drifting in anguish, that a beautiful soul rescued me from my own personal hell. I tried to keep my distance, tried to shield her from the villains of the world, myself included, but the evil that surrounds me wouldn’t be denied. Despite my best attempts to keep her safe, someone is out to destroy Layla, and I’m the only one who can protect her.
But who’s going to save her from me? 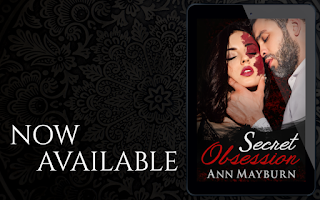 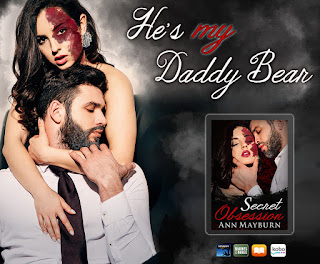 Readers find themselves back in the arms of the Cordova Empire in this third installment in the sexy series that brings together a man weighed down by grief and loss and his attraction to a woman with issues of her own courtesy of a port wine stain on her face that led to a childhood of mental abuse and bullying.  It’s a slow read at times, an emotionally intense one too, that had me hurting right along with this couple in a story that was empowering with a bit of suspense thrown in to keep readers glued to the pages.

Mark has been on the periphery of this series from the very start, but now’s the time for him to take center stage.  Mark once had the perfect life with a wife he adored and a career training police dogs until a villain took his wife and career from him.  From that moment on he became a different man, one with only revenge on his mind which led him to the Cordova Cartel.  Though the people in the Cartel have become like family there’s still something missing in his life.  Seeing others find their HEA has him wanting the same, even though he’s scared of what might happen once he again puts his heart on the line.  The one woman to capture his attention is Layla, a woman with a painful past of her own.  Their connection starts out very slowly though through online gaming and internet chatting, but when it comes time to meet in person he keeps them firmly in the friend-zone over fears for her safety.  Too many times of pushing her away has the matchmaking Cordovas arousing his jealousy which finally sets them on a path to HEA full of erotically-charged encounters and danger from another woman.  In a frustrating journey to get to this moment though there was lots of push and pull that had me wanting to smack Mark a time or two.  I understand his fears, considering the loss of his wife, but constantly cancelling on Layla was just plain hurtful.  For the most part though Mark’s a protective man, one who’s a bit controlling when trying to keep Layla safe.  That controlling nature is reflected in the bedroom too in sizzling scenes influenced by bdsm which made their encounters even more scorching.

Layla’s early years were especially painful courtesy of a mentally abusive mother who made her fear everything, ruined her self-esteem by pointing out the evil of her port wine stain.  Though she ultimately got adopted by a loving couple, her foray into public school after years of being locked away from society was just as painful because of bullying.  When readers first meet Layla she’s extremely shy.  It’s only in the dark, with make-up on, where she can be herself and it’s at that moment in an elevator where she finds herself connecting with Mark.  Being stuck in the friend-zone though is very frustrating for her as she slowly became more confident during their time together and their conversations online.  She became empowered by his loving words and deeds, slowly hinted to him what she wants out of a relationship with him, only to be pushed away again and again.  The old Layla would’ve hidden away, but this Layla moves on, forcing Mark to finally make a move to claim her in a journey that had me cheering them on every step of the way.  I found Layla to be a likable heroine, one who grew emotionally with each turn of the page.  She may have started out timid but as the story progressed she became more strong-willed.  When it came to the bedroom she didn’t hold back in her desires either, giving just as good as she got in bdsm-fueled scenes that made me blush a time or two.

On a whole this was a likable story that can stand strongly on its own but will be even better after seeing these characters from the very beginning.  I enjoyed seeing the bond all of these couples have and appreciate the supportive side they give each other through each installment.  The interactions between the heroes and heroines were teeming with witty banter and a strong sense of family that helped Layla and Mark when they needed help most.  The erotic scenes between Layla and Mark were a nice balance to their warm and caring moments too.  Though I enjoyed their erotic encounters I did find their pet names for each other a bit laughable.  The names of Daddy Bear and Baby Bear took me out of the moment, actually made me laugh out loud at times, and lent an air of childishness to their scenes.  Layla grew in so many ways that her pet name diminished her growing maturity and I could’ve done without them.  Another thing I could’ve done without was the appearance of another woman, one who was obsessed with Mark.  Her appearance was melodramatic and an unnecessary roadblock that came out of nowhere.  Despite these small quibbles I still found this to be a satisfying read that has me counting down the days until Diego and Fernando get their stories told too! 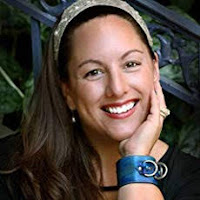 With over forty published books, ANN MAYBURN is Queen of the Castle to her husband and three sons in the mountains of West Virginia. In her past lives she's been an Import Broker, a Communications Specialist, a US Navy Civilian Contractor, a Bartender/Waitress, and an actor at the Michigan Renaissance Festival. She also spent a summer touring with the Grateful Dead-though she will deny to her children that it ever happened.
From a young Ann has had a love affair with books would read everything she could get her hands on. As Ann grew older, and her hormones kicked in, she discovered bodice ripping Fabio-esque romance novels. They were great at first, but she soon grew tired of the endless stories with a big wonderful emotional buildup to really short and crappy sex. Never a big fan of purple prose, throbbing spears of fleshy pleasure and wet honey pots make her giggle, she sought out books that gave the sex scenes in the story just as much detail and plot as everything else-without using cringe worthy euphemisms. This led her to the wonderful world of Erotic Romance, and she's never looked back.
Now Ann spends her days trying to tune out cartoons playing in the background to get into her 'sexy space' and has accepted that her Muse has a severe case of ADD.
Ann loves to talk with her fans, as long as they realize she's weird, and that sarcasm doesn't translate well via text.
NEWSLETTER  |  WEBSITE  |  FACEBOOK  |  TWITTER  |  PINTEREST  |  GOODREADS AUTHOR PAGE  |  BOOKBUB  |  AMAZON AUTHOR PAGE