Book Tour for Hold on to Hope by A.L. Jackson (Review & GIVEAWAY)

Readers will be charmed by this tale of friends-to-lovers that introduces us to two people who bonded as children but who are now trying to find their way back to each other.  Keep reading to get a tempting taste of Hold on to Hope by A.L. Jackson, along with my impressions of it.  In honor of this off-shoot of the Fight For Me series make sure to fill out the form below for the chance to win a $100 Amazon GC too! 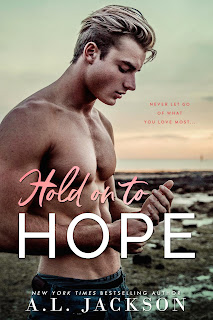 Evan Bryant wasn't your typical hero.
But he was mine.
Broken by the worlds’ standards, he was still the strongest boy I would ever know.
My best friend. The boy I’d given everything to. My heart, my body, and the promise of forever.
The day I’d needed him most, he walked away.
He left me shattered and questioning the love I’d thought we’d shared.
Three years later, I wasn’t prepared for him to return to Gingham Lakes.
It wouldn’t have mattered if he wasn’t the most beautiful man I’d ever seen.
My fingers still would have ached to caress his skin.
My body still would have begged to get lost in his touch.
And my heart...it would have always sung his name.
But time changes things. With it, secrets that could ruin everything.
Can we find a way to love again, or have the fears of our past stolen the hope of our forever...

Moonlight poured in through the window where I leaned over the desk, soul twisted in two as I struggled with the decision that had to be made.
Memories spun through my mind in the most violent storm.
Battering and bruising.
I felt chained by them. Forever tied to the past where I’d been condemned.
I’d tried to change it. Tried to fix it. But I’d already caused more pain than one person should have to bear.
The only thing I could do now was sever the ties.
End this before it was too late.
Loving her had been the easiest thing in the world.
Letting her go the most brutal.
Every cell in my body wept with the sorrow of it as I leaned over the piece of paper.
The words flowed over the page.
Bitterness and regret and the little bit of hope she’d left me with.
Before I could do something selfish like change my mind, I stood, grabbed my bag from the floor, and tossed it over my shoulder.
Then I walked out the door and I didn’t look back.
Because I knew there was no atonement for this sin.
No amends that could rewrite what had been written in stone.
Nothing that could change who I was... 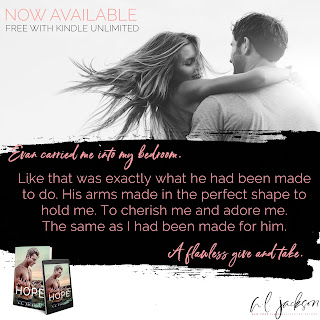 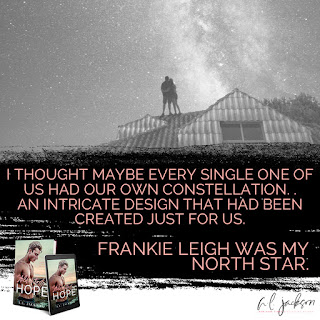 I’m not normally a fan of children in romance books, but while reading the Fight For Me series I found two youngsters who left an indelible mark on my heart.  Learning that they were going to take center stage in a story of their own had me counting down the days until today when we discover what’s happened since we last saw them.  What’s happened is years of friendship becoming something more before self-doubts tore them apart.  From the first page to the last readers go on an angst-filled journey with a bit of suspense, and a lot of forgiveness, in a story of second chances.

Evan’s early years were difficult with genetic defects that left him needing a heart transplant as well as deaf.  His health was always fragile, leaving those around him constantly on pins and needles, and him in and out of hospitals.  The one bright spot throughout it all was Frankie Leigh, a young girl who accepted him unconditionally and brought him endless joy courtesy of her smiles and their deepening connection that had her seeing him as a hero.  As he got older though he started feeling like a burden.  He wanted to be his own man and release his family from the constant fear of what might happen to him.  He didn’t want to be treated as a child in need of protection, with his life a ticking time bomb, so he made a choice that made sense at the time but ends up hurting him and those around him.  He’s back home now though and ready to make amends, as well as win back Frankie’s heart, but secrets from the past will add a roadblock or two along the way to a hard-fought HEA.  Evan is a hero with imperfections, but those imperfections make him a hero worth rooting for as he’s survived all that befell him before.  He has a kind and caring heart that had him determined to right the wrongs his leaving caused.  Evan doesn’t return home alone though in an unexpected twist that adds a suspenseful element to a story that will already have you on edge.  His time away has definitely matured him and he’s definitely all man now, a man ready to do right by his friends and family.  Winning over Frankie is the most important thing to him in a journey that moves at a slow and steady pace that has him employing all sorts of sweet and sexy actions that endeared him to me all the more.

Frankie Leigh has always been a sweet and bubbly young lady, full of smiles and a kind heart.  She was drawn to Evan from the moment they met and from there they were never apart.  As Forrest Gump would say, they were like peas and carrots.  Going from friends to something more just felt natural to her and as she looked towards the future all she saw was her and Evan.  Despite his disabilities she saw him as her hero which brought out all her protective instincts, not because she saw him as weak but because she couldn’t see herself with anyone else but him.  Evan’s leaving broke her heart though, blindsided her, and has left her leery of ever opening her heart again.  His leaving was a betrayal to her considering their closeness and it will take a lot of work on his part to win her back, especially with her own secrets from the past that need to be dealt with.  On a whole Frankie’s an immensely appealing heroine who’s close to her family as well as those close to Evan.  Being close to them throughout the years made her feel close to him too as she could never truly let him go despite her feelings of betrayal.  Frankie is a young woman of strong will whose secret was painful to hear while drawing me to her all the more for surviving it on her own.  I enjoyed Frankie as a child and found myself cheering her on as an adult as she’s more than worthy of HEA.

This was an emotionally intense read that ran the gamut in its feelings of highs and lows between two unforgettable characters.  As children Evan and Frankie were heartwarming and funny, while as adults they became more strong-willed but never forgot the importance of family. The connection between these two is quite obvious, the sexual tension surrounding them crackling, and despite the pain Evan’s leaving caused it’s more than clear that they’re destined to be together forever. Surrounding this likable main couple is a cast of characters readers have seen before from the Fight For Me series.  I loved getting reacquainted with these characters and seeing where life has taken them after they found their HEAs.  I was drawn to these characters from the very start and being so involved in their lives has me feeling like a member of the family.  I hurt when they hurt and celebrated with them when Evan returned as everyone had a hand in helping Evan and Frankie find their way back to each other.  From the first page to the last it’s an angsty journey to HEA for this delightful pairing, an endearing couple whose connection put a smile on my face.  The extra bit of suspense that Evan brought home with him kept me glued to the pages even more in a near-perfect story that sometimes becomes a bit too flowery.  Despite that small quibble Ms. Jackson is a master of familial connections and stories of friends-to-lovers and it’s what makes this story so unforgettable.

**I got this book from the author for review in exchange for my honest opinion.