Book Release Blast for The Lineup by Meghan Quinn (REVIEW)

Readers will quickly fall in love with the charming, sexy, and lovable hero of this rom-com while being entertained by his combustible connection to a strong-willed businesswoman fearful of putting her heart on the line.  Keep reading to get a tempting taste of The Lineup by Meghan Quinn, along with my impressions of it, then add this third installment in the Brentwood University series to your bookshelf! 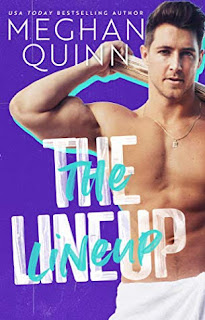 Want to know a secret?
It's about that girl over there.
Don’t look, but she’s the one in the power suit—with the long, black hair and the serious expression, the one I’m about to go on a date with...
Yeah, according to her, she “accidentally” donated an obscene amount of money to my charity — The Lineup — to win said date but I found out the truth. Miss. Button Up Blouse has a secret, passionate crush on me.
I didn’t know her name until two days ago, despite the friends we have in common.
Was I oblivious? Probably.
Was I blind to it? Definitely.
But I’m no fool, I see it now. The High Heel Harlot wants more than just a date with Jason Orson, she wants to be able to claim the best butt in baseball as hers.
Here's another secret...she has no idea I know.

**JASON**
It isn’t in my nature to cry over burnt ham, but here I am, tearing up like a jackass, because the meal I’ve been reluctantly slaving over for the past four hours is two shades away from charred dust.
I had it all planned out. The timing was right, the recipes perfected, the table decorated with impeccably folded napkins that impersonated angelic swans, and polished silver that I scrubbed for an hour until I could see my balls in the reflection. Nothing says polished silverware like a spoon that gives you a clear upside-down view of your gonads.
But even with countless hours of preparing this feast, naked as the day I was born with only an apron to cover my man-loins, I still ended up with a scorched ham doused in fire extinguisher agent because somehow, the damn thing caught on fire.
Imagine this, a grown-ass man—no, not just a grown-ass man, but a man at the fresh age of twenty-eight, built like a linebacker with buttocks you can bounce rocks off...thanks to squatting for a living—dancing around the kitchen on his twinkle toes, arms flailing with pink and white potholders attached to his hands, screaming like a banshee, as flames light up the Jenn-Air double oven where the brown sugar and pineapple ham resided.
Are you seeing it?
Add the imagery of said man naked, dick and balls harmoniously bouncing in panic while the apron his “girlfriend” got him that says Eat my food, Lick my dick, unravels in the fit to unleash the fire extinguisher.
That was me...a minute ago.
Frantic, screaming, and all in all losing any last shred of my man card I had left.
It’s why I’m currently weeping like a nitwit into the flaps of my apron, wondering where I went wrong.
If we’re going to be honest with each other—and I would like to establish honesty with you—I’ll admit, I’ve always leaned toward the sensitive side. You know, the cuddly grizzly bear. Big and intimidating but a fucking gooey butterball heart on the inside.
Tell me a love story. I’ll listen the crap out of it.
The Bachelor? Why yes, that’s one of my favorite shows.
Do I smile when sharing a candlelit dinner with myself, followed by a nice long soak in a bubble bath while Enya—the fucking goddess of all voices—plays in the background? I sure as shit do.
But if some ignorant asswipe gets in my face on the ball field, stirring up trouble, I’m the first to lay a fist across his jaw and the first to be thrown out of a game.
And I’m not even sorry about it.
People are arriving in an hour. I’m vulnerable as fuck with my bare ass resting against the cold white-oak floor of my girl’s apartment, while a lonely tear streams down my freshly shaven cheek. I have no main dish, and the apartment smells like burnt rabbit turd.
Why am I in this hopeless predicament?
Because of one person.
One single person who flipped my life upside down.
A bombshell in a suit, a ravenous sex-fiend in the sheets, a classy and sophisticated tight-ass in the boardroom. She’s a knockout who’s always on my mind. She’s the girl you do things for, that you never thought you’d ever do...
Like cook a fancy-as-fuck four-course meal for her and her business associates while practicing interesting conversational starters to ensure the night flows smoothly.
Back in college, I might have been referred to as the mother hen of the boys. I might have cooked at least two meals a week for the guys in the loft, and yeah, I was the ironing wizard, the one everyone turned to, to get out the most stubborn wrinkles. The title has carried on over the years, but my creativity in the kitchen has dwindled with the lack of time, my ironing is now done by my apartment keeper once a week, and the fresh flowers scattered around my place? They’re more dead now than alive.
My point—I’m not the lady of the house I used to be. But I’ve been getting back into the swing of it.
So when my girl asked me to perform the impossible feat of an intimate dinner for four, I should have ordered in, tossed everything in serving dishes, and called it a night.
But nooooooooo, I had to attempt to be a goddamn hero and try to cook everything myself.
And all for what?
For one girl?
No. Not just one girl. The girl who owns my balls, who has a grip so tight on them that if she asked me to bellow out my ABCs in soprano while swirling my finger around my belly button...I would.
Who is this girl that has brought me to the brink of boo-boo smush bear insanity and caused me to weep like a schoolgirl in the corner of the apartment?
There’s only one lady with more than enough ovaries to buckle the knees of the mighty Jason Orson.
The one and only Dorothy “Dottie” Domico. 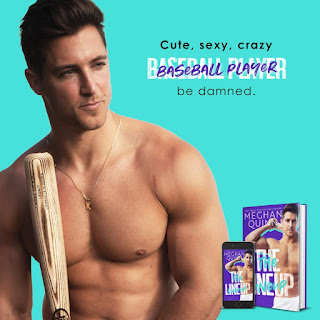 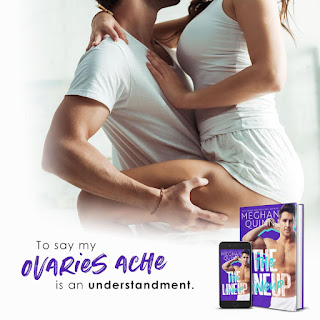 In a series of books that started with the baseball players of Brentwood University, readers are now following them as they enter the Big Leagues.  Readers get to see the evolution of their romantic relationships along with their flourishing careers in a thoroughly entertaining read from the first page to the last.

Jason Orson is a larger than life ball player, a young man with an immensely appealing and bold personality.  Many of his actions, like cooking and showing the videos on Instagram, showed someone good at entertaining and who does so to make those around him feel cared for.  He has a big heart and isn’t afraid to put it on display through the creation of his charity, a charity that brings him and the woman who enjoys battling him, together.  With each turn of the page I fell even more in love with Jason as he has a heart of gold and isn’t afraid to show his softer side.  When discussing his disabled twin brother, and how much he influenced Jason, it brought a tear to my eye and I appreciated the author’s inclusion of him in the story.  Jason isn’t afraid to laugh at himself either and his personality completely endeared him to me.  When it came to Dottie he held nothing back and went above and beyond to work through the wall she put around her heart. He was flirtatious, self-assured, and gave as good as he got in his interactions with her which put a smile on my face.  From the moment I met Jason I was completely won over by his charm and kindheartedness and he was a large reason why this story was such a winner.

Dottie Domico is a woman trying to succeed in a man’s world, a daughter trying to make her father proud, and it’s made her a formidable opponent in the world of real estate.  When it comes to her career she’s definitely all work and no play, her heart hardened by a duplicitous ex that has her staying far away from men to protect her heart.  Being reintroduced to Jason though brings all sorts of emotional chaos to her structured life.  As a college student he made nightly appearances in her dreams while making her drool over him during the day.  Her obsession with him still burns bright and when she wins a date with him through his charity it brings them together in a slow burn relationship that grew more combustible with each turn of the page. Dottie’s a strong-willed heroine, a bit overly-harsh at the start of the book, but a woman who takes no guff, and in many ways I admired her. It’s clear she’s still hurting from the deceptions of her ex though, still refusing to take a chance on matters of the heart, and her journey to HEA is one that kept me glued to the pages.

Jason and Dottie are a delightful duo whose connection captivated me. They may have started out as enemies, with witty banter that felt more like foreplay, but as the story progressed their interactions took on a more sensual vibe that had me rooting for them every step of the way. Their banter was thoroughly entertaining and led to many laugh out loud moments that oozed sexual tension.  Along with this crackling main couple was an equally appealing cast of secondary characters, characters that we’ve seen in previous books in this series.  I loved discovering what Carson and Milly, along with Knox and Emory, have been up to as their relationships continue to evolve in ways that had me cheering.  The interactions between Jason, Knox, and Carson were playful with a brotherly vibe that made me smile as each goaded the others as friends and as a pseudo family.  Dottie too had a wonderful chemistry with Emory and Lindsay as each engaged in playfulness and supportiveness that brought out some powerful Girl Power.  From the first page to the last Ms. Quinn has crafted another winner, another tale full of unforgettable characters and their slow burn relationship.  Laugh out loud moments were perfectly balanced with a sizzling connection between a delightful hero and a strong-willed heroine that readers will definitely want to read! 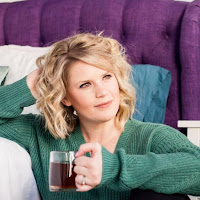