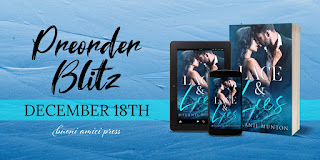 Fireworks fly in this sexy and suspenseful tale set in the mafia world.  Keep reading to get a tempting taste of Lace & Lies By Melanie Munton then start counting down the days until this tale hits bookshelves on January 21st.  In honor of this first installment in the Brooklyn Brothers series make sure to fill out the form below for the chance to win a $10 Amazon GC too! 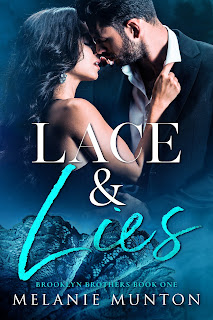 We are the Rossetti’s.
The exiled “sixth family” of the New York mafia. We’re the good guys. People don’t fear us...much. They respect us.
The five of us? We’re the Brooklyn Brothers.
And we protect what’s ours.
Jasmine Kingston should run from me. I mean, she should literally pick up her dress, toss away her heels, and haul ass in the complete opposite direction. Because for the last few months that she’s been in New York and taking the fashion world by storm, I’ve been watching her. From my ivory tower, from the shadows. Wherever she’s been, I’ve been only feet away, and she hasn’t even realized it.
Until now.
I can’t stay away and watch one more man take his shot with her. She needs to know what she’s doing to me. Especially since things are heating up with my family’s enemies. I just pray those enemies don’t discover my only weakness.
Maybe it was the wrong way to go. Maybe I should never have touched her. Never treated myself to her addictive taste. But I can’t alleviate this obsession I have with her any more than I can put a bullet between my own eyes.
She’s mine to protect now.
I’ll burn my entire fortune to the ground and take ten of those bullets before I let anything happen to her.
I just hope she doesn’t find out what I’ve done. 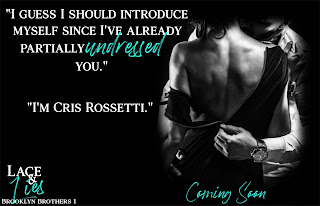 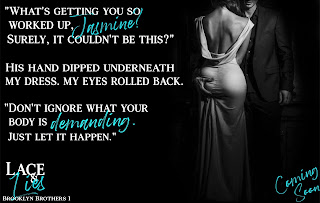 Melanie grew up in a small town in rural Missouri. After marrying her husband, she decided she wanted to try coastal life because why not? A few months later, they moved to North Carolina where she discovered her passion for writing, and they never looked back. They are now enjoying life with their beautiful daughter in Savannah, GA and loving every minute with their little Georgia peach.
Melanie’s other passion is traveling and seeing the world. With anthropology degrees under their belts, she and her husband have made it their goal in life to see as many archaeological sites around the world as possible.  She has a horrible food addiction to pasta and candy (not together...ew). And she gets sad when her wine rack is empty.
At the end of the day, she is a true romantic at heart. She loves writing the cheesy and corny of romantic comedies, and the sassy and sexy of suspense. She aims to make her readers swoon, laugh out loud, maybe sweat a little, and above all, fall in love.

a Rafflecopter giveaway
at December 18, 2019