A widower running from the pain of loss finds himself drawn to the new girl in town, a woman trying to find what’s been missing in her life.  Keep reading to get a tempting taste of Never Enough by Kelly Elliott, then discover even more about this book through the Q&A below.  In honor of this first installment in the Meet Me In Montana series make sure to fill out the form below for the chance to win a $25 Amazon GC along with a digital copy of this book too!

Q&A with author Kelly Elliott...
1) In just a few short years you have published dozens of books and climbed bestsellers lists. Tell us a bit about your crazy fast rise in the romance world?
KE: Honestly, it has been a dream come true! I sometimes feel like I have to pinch myself. I’m very humbled by the success I’ve been able to achieve and do not take a second of it for granted. I think one of my favorite things has been getting to meet so many amazing readers along this journey.
2) You just started a new series with Never Enough. What can readers expect from these stories?
KE: They can expect stores filled with love, hope, second chances, some tears, and also some laughter. Family and friends play a major role in each book and that is always important to me. My goal with each book is to give the reader a chance to escape reality for a bit while making them fall so in love with the characters they want to revisit them often!
3) This series takes place in Montana with some seriously sexy heroes—bull riders, ropers, ranchers. What makes these Alpha men that work with their hands so irresistible?
KE: Who doesn’t love a cowboy right!? I think it is their charm and ability to make us swoon that makes them so irresistible. Of course it helps I’m married to my own cowboy so he often inspires the heroes in my books!
4) To add a little something special to the mix, your first heroine, Lincoln, comes from Georgia and practically oozes southern charm (certainly enchanting your hero as she goes). What made you decide that this H/h would work so well?
KE: In the very beginning I knew Lincoln had to be from somewhere other than Montana. Me being a southern girl myself, it felt right for her move from a southern state and I love Georgia. In the beginning of the book we find a very different Brock and I knew I had to have a strong heroine who knew who she was and what she wanted. She had no problem confronting Brock and I loved that about her. From the very beginning I knew these two were meant to be.
5) If Brock Shaw had a song dedicated to him, it would be Katy Perry’s Hot N Cold considering the fact that his emotions about Lincoln change with the breeze. This is mainly due to his past—tell us about his journey.
KE: Oh Brock. He gave me a bit of whiplash in the beginning of this book. LOL! He is filled with so many different emotions, guilt, anger, regret, and when Lincoln comes into his life like she does you can almost feel his struggle. He wants to move on from the past, but he honestly doesn’t think he deserves to. He used his career to bury all these emotions for years and when he is confronted with them he is really confronted. I think Lincoln was the happiness he had always longed for and it didn’t take him long to realize that. But that realization came fear, which he had to overcome.
6) Lincoln isn’t quite running away from home, but she certainly is running towards a new life. How does Brock, and his son Blayze, fit into her plans?
KE: I don’t think Lincoln was looking for those two cowboys when she first started towards her new journey, but when they came into her world they both were piece of the puzzle she hadn’t even realized was missing. The three of them fit together so beautifully.
7) At the center of this story is loss, but also redemption. Is this a theme that we will see going throughout your Meet Me in Montana books?
KE: I think you will see the emotions kicked up a bit with each book in the series. Book two really focuses on healing and finding that one person who is your true love. Your soulmate. 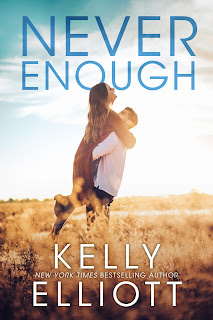 Longing to forget the pain of his wife’s death, Brock Shaw has immersed himself in the one thing that lets him escape the guilt. Bull riding. But life on the road means leaving his young son at home with his parents. They want him to give up his career and be a father to his child, but Brock needs the adrenaline to get through each day...or so he thinks.
Lincoln Pratt needs a fresh start. As a top interior designer in Atlanta, she has everything she could ever want, but she’s always at her father’s mercy. Something’s missing, and Lincoln knows she’ll only find it somewhere far away—like the rolling pastures of Hamilton, Montana, where she meets the irresistibly mysterious Brock.
In Brock Shaw, Lincoln sees the part of her that’s missing. In Lincoln Pratt, Brock sees the part of himself he thought he’d lost. But the pain of his past binds him. Can he let himself love again? 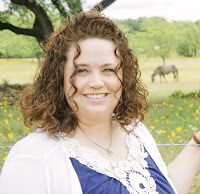 Kelly Elliott is a New York Times and USA Today bestselling contemporary romance author. Since finishing her bestselling Wanted series, Kelly has continued to spread her wings while remaining true to her roots with stories of hot men, strong women, and beautiful surroundings. Her bestselling works include Wanted, Broken, Without You, and Lost Love. Elliott has been passionate about writing since she was fifteen. After years of filling journals with stories, she finally followed her dream and published her first novel, Wanted, in November 2012.
Elliott lives in Central Texas with her husband, daughter, and two pups. When she’s not writing, she enjoys reading and spending time with her family. She is down to earth and very in touch with her readers, both on social media and at signings. To learn more about Kelly and her books, you can find her through her website.

a Rafflecopter giveaway
at December 12, 2019