A young woman from a world of fame tries to hide from her painful past, but unexpected love finds her in the form of a young man who seems too good to be true in this New Adult romance that pulls at the heartstrings.  Keep reading to get a tempting taste of Decide to Live by Shirley Anne Edwards, then add this compelling tale of empowerment and starting over to your bookshelf.  In honor of this third installment in the Finding the Strength series make sure to fill out the form below for the chance to win a $50 Amazon GC too! 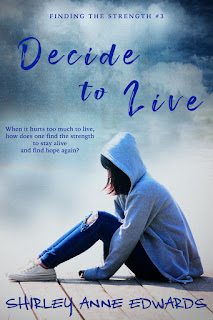 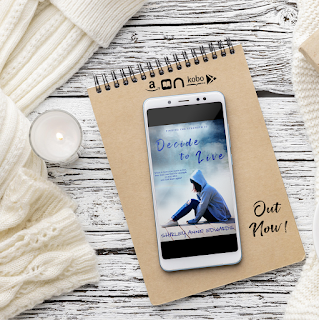 BUY LINKS:  AMAZON  |  BN  |  iBOOKS  |  KOBO  |  GOOGLE PLAY
AUTHOR INFO:
Shirley Anne Edwards is a Northeast girl who first found her love for books when she read Nancy Drew's The Secret of the Old Clock Tower at thirteen. Shirley found her love for writing at a very young age, and since then has let her imagination run wild by creating quirky characters and vast worlds in her head.
Shirley lives in New Jersey and works in the entertainment industry in New York City.
In the immortal words of Mark Twain: "Life is short, Break the Rules. Forgive quickly, Kiss SLOWLY. Love truly. Laugh uncontrollably and never regret ANYTHING that makes you smile."
WEBSITE  |  FACEBOOK  |  TWITTER  |  INSTAGRAM  |  GOODREADS AUTHOR PAGE
**********GIVEAWAY**********
a Rafflecopter giveaway
at February 21, 2021