Book Cover Reveal for The Rook by Taylor Danae Colbert.....

It's an unexpected role for a woman to be in charge of a crew in the mafia world, but it's one that's shaped this young woman who's kept her feminine desires hidden for far too long as she finally sees them unleashed by a new member of her crew.  Keep reading to get a tempting glimpse of The Rook by Taylor Danae Colbert, then start counting down the days until this first installment in the Brooklyn Bloodline series hits bookshelves on March 18th! 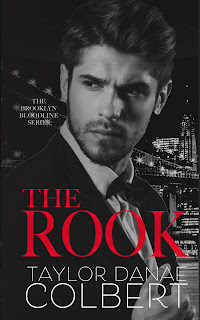 I’ve been running the New York branch of my father’s outfit since I was eighteen years old. Standing at five-feet-four-inches in high heels and ponytail, people don’t look at me and think immediately: mob boss. But that works in my favor.
It’s not exactly conducive to our line of work to be in the spotlight, or to have people know your name. So I keep a low profile and I keep my men close.
The men in this outfit know my deepest secret, the one that keeps me up at night all these years later. The one that some died to keep. The one that changed me into this dark version of myself, this woman who can do unspeakable things.
So when my father’s right hand man brings a devilishly handsome new sharpshooter to join the crew, I don’t exactly welcome him with open arms. The doors of this Brooklyn brownstone may as well have been cemented shut all those years ago, right along with what was left of my heart.
But the second Leo lays eyes on me, he sees something that no one else around me has seen in eight years. He sees hope. He sees light. He sees a future.
And as terrifying as it is, with him around, I start to see those things, too.
But the secrets I’ve tried so hard to bury, the ghosts of the past are back to haunt me. And they remind me that no matter how hard I try, I can’t outrun myself.
FIND AT GOODREADS here. 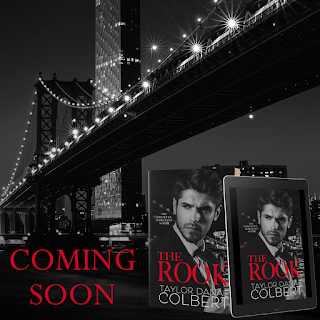 AUTHOR INFO:
Taylor has been writing since the tender age of seven, when her mother bought her her first typewriter. Once she finished her first work, a tall tale about a girl with hair that grew too fast, her father told her she should be published. And so, her lifelong dream of becoming a published writer was born.
Taylor never thought of herself as a romance writer, but it turns out, she loves love.
When she's not chasing her kids, watching Impractical Jokers with her husband, running, or playing around with her two pups, she's probably under her favorite blanket, either writing a book, or reading one.
Taylor lives in Maryland, where she was born and raised.
WEBSITE  |  FACEBOOK  |  INSTAGRAM  |  TWITTER  |  BOOKBUB  |  GOODREADS AUTHOR PAGE
at February 19, 2021