Readers looking for a story that will pull at their heartstrings will get just that with this tale of friends to something more that brings together and tears apart the close connection between two people.  Keep reading to get a tempting taste of Beautiful Facade by Kathryn S Rose, then learn even more about this book by visiting the other sites hosting this tour.  In honor of this epic romance set in the music world make sure to fill out the form below for the chance to win a $25 Amazon GC too! 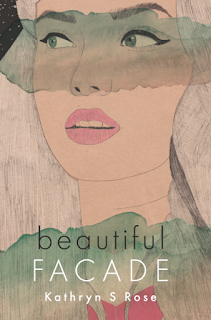 On the day that 16-year-old Winter Starling had her life and dreams shattered by a sexual assault, she meets Kai, a boy from her high school obsessed with music. They develop a deep friendship, which comes to an abrupt end when Kai unexpectedly has to leave. Winter has no idea why he went or any way to contact him.
Ten years pass, and Winter has constructed a new reality for herself. Now living in Melbourne, she has a successful career in advertising and is engaged to Liam King, a star player in Australian Rules Football. Winter has a perfect life.
During a night out, Winter runs into Kai, now the lead singer of ‘The Stonevilles.’ Winter and Kai rekindle their friendship, and to everyone around them, their attraction is evident. With Kai back in her life, Winter’s past threatens to ruin her relationship with Liam and everything she has worked to achieve. But can she risk losing Kai a second time?
EXCERPT:
I grabbed Liam's fingers with one hand and linked the pinkies on the other with Maddie. Liam signalled to Adam, who was still chatting up the two women. He headed towards us straight away. Liam took the lead, weaving in and out of the sea of people, earning the odd glare in the process, and we trailed in his wake. Eventually, we reached a central position close to the stage. The energy in the club increased as the crowd became restless. Liam pulled me to him, pressed his body against my back, and tickled my ear with his tongue. His Armani cologne enveloped me in a familiar bubble.
“Stop it!” I playfully elbowed him in the ribs. I glanced at the others. Adam was already ogling a female standing in front of him. When he gyrated his hips in her direction, perfecting his timing to the background music beat, I pointed out his behaviour to Liam. He merely laughed and pinched my bum. I spied some movement near the drum kit, and soon after, the heavy strum of a single guitar chord cut the air. The crowd surged forward, pushing us even closer towards the stage. Five men were now visible but only in silhouette. Then the stage lit up, and The Stonevillescommenced their first song of the night.
I checked out the band members. A different style of a geometric white mask partly covered each of their faces, although they all wore black T-shirts and dark denim jeans. The effect was sexy in a futuristic way. My gaze locked on the lead singer. The mask wrapped around his eyes but left the rest of his face uncovered. Piercing, arctic blue eyes, like those I'd seen only once before in my life, stared straight into mine. I recoiled as if I'd been punched in the stomach. Air escaped my lungs, and my heart pounded against my chest. The music's intensity, the flashing lights, and the energy exuding from the fans faded into the background.
I was hallucinating. Or drunk. Or both. My parched mouth, at odds with my hot, clammy body, needed moisture. I licked my lips. The man on stage looked like Kai. The same dark chocolate coloured hair, although messier and longer than I remembered; the familiar strong nose; and the square jawline, prominent under a smattering of stubble. The similarity between this man's voice and Kai's was uncanny. I'd listened to this band non-stop, but the likeness had never struck me before.
Memories of Kai flooded into my conscious mind. I fixed on an image of us sitting in a poorly built shelter in the bush behind our high school. We had shared a joint, and Kai was performing an Oasis cover. As I listened, I scoffed the oranges we'd stolen from a nearby orchard. I remembered thinking how peaceful he looked when he played music and the sharp stab of jealousy that had followed.
I fought my way from this ten-year-old memory back into the present. The past was not a place I wanted to be. A giant imaginary brush dipped in black paint erased the image; it was a self-made suppression technique I'd developed for situations like this.
The man on stage broke eye contact but only for a moment. When he looked back at me, his eyes widened, and his mouth fell open. Had he recognised me? I looked around, from his position that didn't seem likely. I breathed a sigh.
The intro to their hit song filled the club. The crowd surged, pushing me forward. I stumbled and fell onto the girl in front of me. Strong arms lifted me back up, and I looked towards the stage. The singer’s eyes were darting about as if searching the crowd. They stopped on me. I smiled, and my heart tumbled when he grinned back. The same slightly crooked smile Kai owned. Unexpected heat filled my veins.
“Are you okay, babe?” Liam yelled into my ear.
I nodded and kissed him before returning my attention to the Kai lookalike. The singer's smile now looked like more of a scowl—time to get another drink.
FIND AT GOODREADS here.
BUY AT AMAZON here. 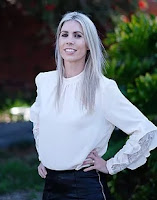 AUTHOR INFO:
Kathryn S Rose is a mum, wife, reader, writer, traveller, and food enthusiast. Writing a book was always on her bucket list, and finally, with Beautiful Facade, it has come into fruition.
Kathryn is interested in the study of human behaviour and obtained a Bachelor of Social Science, with a focus on Community studies and Welfare Work.
Since completing her studies, she has worked in several jobs, which have enhanced her understanding of social issues, human development, relationships, and lifestyle. Some of these insights are reflected in her writing and give her inspiration.
Besides books, Kathryn has many other loves. She enjoys listening to live music, relaxing at the beach, embarking on random hiking adventures, and indulging in too much food and wine with family and friends.
When Kathryn and her family aren’t traipsing around the world, they can be found residing in Perth, Western Australia.
WEBSITE  |  INSTAGRAM
**********GIVEAWAY**********
a Rafflecopter giveaway
at February 01, 2021