As a fan of the paranormal genre I'm always on the lookout for intriguing new stories.  Courtesy of Bewitching Book Tours I've discovered such a book.  Broods of Fenrir by Coral Moore puts a new spin on the werewolf myth and is the start of an exciting new series.  Luckily I can give you a glimpse of it today and without further ado here's that taste..... 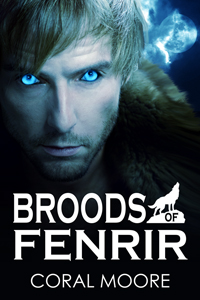 Broods of Fenrir by Coral Moore
Shapeshifter Brand Geirson was raised to rule the Broods of Fenrir, but he refused his birthright. Instead, he killed their brutal leader–his own father–and walked away.

For hundreds of years he’s avoided brood society, until a werewolf kills an innocent human woman and Brand finds himself dragged back into the violent politics of the shapeshifters. When the two brood women who mean the most to him come under threat, he must take up the throne and risk becoming the kind of vicious bastard his father was, or let the broods descend further into chaos–taking the friend he swore to protect and his lover with them.

Relevant Warnings: There is significant violence. One on-screen sex scene, though I wouldn't describe it as particularly graphic. 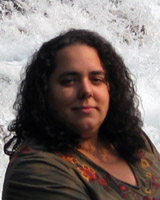 AUTHOR BIO:
Coral Moore has always been the kind of girl who makes up stories. Fortunately, she never quite grew out of that. She writes because she loves to invent characters and the desire to find out what happens to her creations drives the tales she tells.

Prompted by a general interest in how life works, her undergraduate schooling was in biology. She follows science news and enjoys conversations about genetics and microbiology as much as those about vampires and werewolves. Coral writes speculative fiction and is pursuing a Master of Fine Arts in Writing at Albertus Magnus College.

Currently she lives in Connecticut with the love of her life, who offers both encouragement and kicks in the tail when necessary. Also in residence are two mammals of the families Canidae and Felidae.

She released her first novel, Broods of Fenrir, in November 2011. Her next release, Elements of Rebellion, is due out in spring 2012.