As a fan of stories featuring rock stars, I'm excited to bring to you Somewhere I Belong by Wendi Zwaduk courtesy of Goddess Fish Promotions.  This story features a bad boy with a heart of gold and the girl who got away.  Wendi's here today talking about our attraction to those rock star heroes and giving us a glimpse of this great new story.  So let's get right to it.....

We All Wanna Be Rock Stars...


I want to thank the Scarf Princess for allowing me to stop by the blog. Love being here and getting to talk about my latest release, Somewhere I Belong. Always a blast to talk about books and rock stars. And since I mentioned it, the topic I was given was the popularity of rock stars and the draw of a hero who happens to be a rock star.


When I sat down to write Somewhere I Belong, the idea to make Sully a rock star wasn’t quite where I was headed. I’d been watching one too many episodes of Behind the Music and more than my fair share of Queen documentaries. There’s an appeal to rock stars. In their prime, the rock star is generally well-built. Six pack abs, nice arms, either rocking a great hair do or no hair at all. The guy looks macho. Masculine.


Then is that why the rock star is appealing as a hero? I think to some degree it is. When I think of a romance hero, he’s strong, muscled, knows more or less what to say at the right time, always has the heroine’s best interest at heart, and he’s a good guy. The tats and sculpted arms just add to the overall package. So  yes, a rock star makes a great hero – in theory.


I said to some degree. Think about it this way...rock stars are also known for displays of temper, bravado and excess. While they might look sexy on the outside and have bits and pieces on the inside that are sexy, they also have those bits and pieces that aren’t. I don’t know that I want a hero that’s prone to destroying hotel rooms or drinking to excess. It’s not heroic.


Okay, so all rock stars aren’t choir boys and all rock stars aren’t destructive megalomaniacs. That’s the cool thing about writing. I get to go where the characters want to go. I get to let them do what they want to do. I can make them rock stars or not if that’s what they are.  In Sully’s case, he’s not really a rock star. He did his time in New York, played with semi-big bands, did the circuit and did things he regrets. The story opens with him on his way home. He’s clean, sober, and ready to let go of the life he thought he wanted in favor of the life he believes he’s supposed to lead. He’s rough around the edges, a little worse for wear, but he’s smarter. He’s the best and the worst of rock stars. He’s been there, done that, and still has the sex appeal going for him.


Now why are they popular, those rock stars? I can’t speak for everyone, but if the character says, look, I’m a punk rocker, then that’s what I write. I’ve never said, well, I am going to write a rock star story today. Sully’s story went by “Farmer” for the longest time. But why would rock stars be popular? They’ve got sexy in spades.  From a glossy 8x10 picture aspect, they are the perfect man. So why not use a rock star for a hero? You can’t go wrong with a guy who is sexy from the get-go, has talent, and lives to turn on the opposite sex. Reining him in to be with just one woman...that’s the hard part.
Thanks again for having me! Writing about rock stars is so much fun! And don’t forget to comment, folks. What are your thoughts on rock stars as heroes? Any particular rocker you’d like to see featured in a story? Who do you think is the sexiest? Let me know and you’re in the hat for the prize! 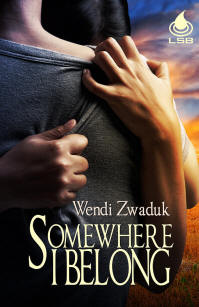 SOMEWHERE I BELONG by Wendi Zwaduk
He never knew what he was missing until he came home to find his place to belong—with her.

Sullavan Tanner walked away from Jarvis, Ohio, afraid to give his heart to the woman he loved. He lived the rock and roll lifestyle, but never quite made it to the big time. Fifteen years later, he’s back and ready to claim what’s his—if she’ll accept his help.

Marley Lockwood’s done asking for help. The family farm is more than she can handle, but if she can survive a cancer scare, the loss of her parents, the abandonment by her first love, and a messy divorce, she can handle anything.

Until Sully shows up.

Although she’s not interested in rekindling the love affair, she’s not above accepting Sully’s hands on the farm. What’s the worst that could happen? They get the farm out of the red and into the black? That’s her plan. They actually fall in love? The past says it won’t work, so she’s not hedging her bets.

Too bad Sully’s not giving up this time.
EXCERPT 1:
“I know you don’t want a thing from me, and I guarantee you’ll never accept my help, so I’m insisting. I’ll beg if I have to.”

“Sully.” If she stayed in is embrace much longer, she’d cave and admit she needed him—but not for romance. She needed the extra hands on the farm.

“I don’t have anywhere else to be, and I don’t back down.”

“No kidding. Look, it won’t work a second time around.” She wriggled from him and closed her eyes. “You’ll hate it here.” If he’d just take the out...just walk away. She fortified the barricades around her heart and insulated her soul from letting him get too close. Close meant she’d get hurt again when he took off.

“We can’t get along when something other than friendship is involved. When we added sex, things imploded. But I guess that doesn’t matter because you don’t have anywhere to stay.” She groaned and opened her eyes. “Kellie won’t take you. Not with three kids already under foot and another one on the way.”

“And here I thought you’d say you’d take me in because then you’d have 24-7 access to my slave labor and hot body.” He tipped his head and winked. “Please?”

Marley weighed her options. She needed the help. Desperately. Having Sully nearby meant a stable set of hands. It also meant she’d have to keep an eye on him. Sure, Kellie claimed he’d quit the drugs and the booze, but people relapsed all the time. If he hadn’t changed his ways, he’d be just as much of a liability as an asset. Worry flowed through her mind as she palmed her phone in her pocket. The most recent text message from her ex-husband, Taylor, outright demanded she sell him the farm and cut her losses. If it took her last breath, her last dollar, she wasn’t about to sell anything to Taylor. Having Sully around would provide safety. God knew she needed all the help she could get to keep her good-for-nothing ex away from the farm. Could she trust herself to keep her hands off Sully a second time?

When she’d needed him in the past—her mother’s death, the endless hours in the hospital—Sully had run. Why did she have to need him? Need led to heartbreak.

“Dancing isn’t my thing.” Why did Sully make her so nervous? Because Sully made her inner thighs heat and her heart thunder. Of all the men she knew, Sully remained elusive and out of reach. And yet, he’d come back when she needed him the most...like a white knight. God, she had to get the childish, fanciful thoughts from her head and regain her footing in the real world.

Sighing, he eased down next to her. “I don’t buy that for a moment, but I’m not gonna push.” He bumped her shoulder with his, sending a frisson of lust snaking through her body. “I missed our late-night conversations.” A chuckle erupted from his throat. “You know, I never found someone to understand me like you do.”

She balled her fists to keep from touching him and stared at the crisp yellow flames. Sully smelled like sin and pine. “Conversationalist is my middle name.”

Sully cupped her chin, redirecting her gaze. “And all this time I thought it was Elaine.”

Despite wanting to stay, Marley stood. “I never could fool you.”

She shook her head. “I have a question.”

“You left after we had sex. Like right after. Was it that bad or was it just a notch for your belt?”

“Thanks for your answer.” She brushed imaginary debris from her lap. “You and I work together. There will be no dancing, no kissing, and no love. Got me?”

“Who said kissing?” He stood and grabbed her hand. Sully tugged her away from the fire and the rumble of conversation to the privacy of the back porch. “There’s a lot of stuff you don’t know about, and I don’t know how to tell you, but I absolutely want to kiss you. 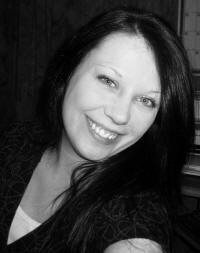 I always dreamed of writing the stories in my head. Tall, dark, and handsome heroes are my favorites, as long as he has an independent woman keeping him in line. I tend to write books with titles taken from songs because music is one of my many muses.

I earned a BA in education at Kent State university and as well as a Masters in Education from Nova Southeastern University. I've tried my hand at teaching, waitressing, and retail sales, but writing holds my heart.

I love NASCAR, romance, books in general, Ohio farmland, dirt racing, and my menagerie of animals. I have more stories than my brain can handle percolating.  I can't wait to share them with you!


**********GIVEAWAY**********
Giveaway is for a $10 GC to Liquid Silver Books to one randomly drawn commenter from throughout the entire tour.
-Giveaway is OPEN TO ALL.
-To be entered, answer the question Wendi asks at the end of her post (it's in bold print) and include your email addy to make it easier to contact the winner.
-One commenter will be randomly chosen from every comment left at each tour stop to receive the prize.  So the more comments you make throughout the tour, the greater your chances of winning.  A list of all the tour stops can be found here.
-Giveaway will end at 11:59 PM CST on 1/20.
at January 18, 2012