Opposites attract in this combustible read that starts unforgettably and soon brings two men together in a sensual tug of war.  Keep reading to get a tempting taste of First Impressions by Jay Hogan, and learn even more about this book by visiting the other sites hosting this tour, then add it to your bookshelf.  In honor of this scorching m/m romance make sure to fill out the form below for the chance to win a $20 bookstore GC too! 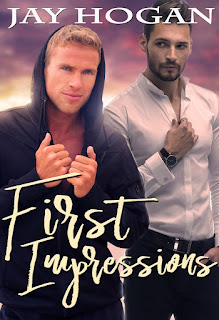 Michael:
Two years ago I made a mistake, a big one, and then I threw in another couple just for good measure. I screwed up my life big time but I made it through. I was lucky.
Then I was given the opportunity for a fresh start. Two years in Auckland, NZ, ‘The City of Sails’. Away from the LA gossip, a chance to breathe, to get my life back together.
I grabbed it and packed my new set of golden rules with me.
I don’t do relationships.
I don’t do commitment.
I don’t do white picket fences.
And I especially don’t do arrogant, holier-than-thou, smoking hot K9 officers who walk into my ER and rock my world.
Josh:
The only thing I know for certain about Dr. Michael Oliver is the guy is an arrogant, untrustworthy player, and I’d barely survived the last one of those in my life.  Once was more than enough.
The man might be gorgeous but my eleven-year-old daughter takes number one priority and I won’t risk her being hurt, again. I’m a solo dad, a K9 cop and a son to pain in the ass, bigoted parents.
I don’t have time for games.
I don’t have time for taking chances.
I don’t have time for more complications in my life.
And I sure as hell don’t have time for the infuriating Dr. Michael Oliver, however damn sexy he is.

Josh was fuming. Fast pitch was one of the few activities he got to enjoy on his own and now he had to put up with Michael freaking Oliver. Arriving at Kendrick’s he’d immediately collared Mark at the bar as the guy was buying a round.
“What the hell, man? Whose idea was it to invite him?”
His friend plastered a huge grin on his face and held up his hands in surrender. “Nothing to do with me, mate. Boss man just asked me to deliver him.”
“And you couldn’t think of any reason that wouldn’t be a good idea?”
“What was I going to say?” Mark studied his friend. “And honestly, he seems a good guy and he plays a solid game.”
“I don’t give a flying fuck if he plays like Nathan Nukunuku, he’s an asshole.”
“Funny, that’s what he called you.”
“Wait. He called me an asshole!”
Mark snorted. “Lighten up, Josh. Anyone would think you actually liked the guy.”
“Fuck off.”
Mark whacked him on the back of his head.
“Ow,” Josh protested.
“Suck it up. You deserved it. So, the guy was cruising, so what? Oh. My. God. What a scandal. And he even got lucky with a gorgeous young man, well good for him. It’s not a crime. And besides, he’s hot. And he hit on you. I would think that was reassuring, that you haven’t lost it. You’re both obviously hot for each other.”
“I’m a father of an eleven-year-old girl.”
“And that came with getting your dick cut off, did it?”
“You wouldn’t understand,” Josh dismissed the comment. 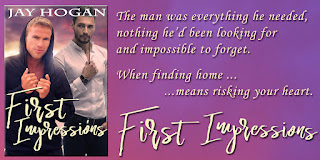 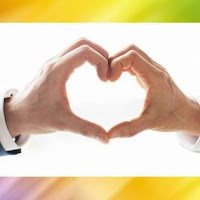 Jay is a New Zealand author writing in the LGBTQIA genre in MM Romance and Fantasy.
She has travelled extensively and lived in many places including the US, Canada, France, Australia and South Korea, and loves to add experiences from these adventures into her writing.
She is a cat aficionado especially of Maine Coons, and an avid dog lover (but don’t tell the cat).  She loves to cook- pretty damn good, loves to sing - pretty damn average, and as for parenting a gorgeous daughter-well that depends on the day.
She has lovely complex boys telling sweet sexy stories in her head that demand attention and a considerable number of words to go with them. Their journeys are never straightforward and can even surprise Jay, but the end is always satisfying.

a Rafflecopter giveaway
at February 22, 2018