Book Blitz for Crossing the Line by Carla Swafford

Big misunderstandings abound in this tale of a couple torn apart by lies as one woman’s dream of HEA leaves her homeless after her hockey player boyfriend leaves to find greater fame.  Keep reading to get a tempting taste of Crossing the Line by Carla Swafford, then add this first installment in the Atlanta Edge Hockey series to your bookshelf! 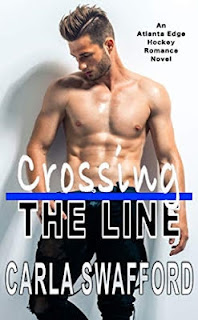 Atlanta Edge's hottest Russian hockey star made a big mistake. Now he must find a way to apologize big time to the girl he left behind in the States.
I've been a puck bunny most of my life. So when Roman Volkov, up and coming hockey star with the Atlanta Edge, takes me home and treats me like a queen, I believe I've found the man I can love. Then one morning, I wake to the news that Roman has left me behind while he plays in Russia. His agent takes pleasure in kicking me out of Roman's house. I don't believe anything the sleazy man says. Roman is good to me. No way will he treat me like this. So I go in search for the truth and I discover so much more.
I'm suffocating on the third line when the season ends. So when I get a call from Russia in the middle of the night to participate in a high-profile tournament, I go for it. I'm certain a gold medal will launch me into the top line with my team back in the States. No sooner than I arrive, I call Kitty Summerville to explain why I left without waking her. She's not answering. Has my ambition destroyed any chance of a future with her? When I return, my sexy kitten and I will have a long conversation.
Only, I want to know why is she living with my Coach, and his wife and family? 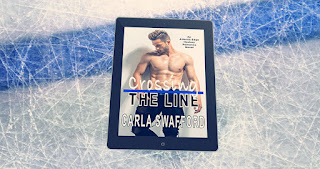 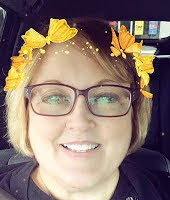 Carla Swafford loves romance novels, action/adventure movies, and men, and her books reflect that. And that’s not all, she’s crazy about hockey, and thankfully, no one has made her turn in her Southern Belle card. She’s married to her high school sweetheart and lives in Alabama.