It’s a compelling romance, a forbidden one between a rockstar and a reporter, that will keep readers glued to the pages in this new release hitting bookshelves today.  Keep reading to get a tempting taste of Off the Record by Taylor Danae Colbert, along with my impressions of this exhilarating romance, then add it to your bookshelf.  In honor of this intensely emotional tale make sure to fill out the form below for the chance to win a signed copy of this book too! 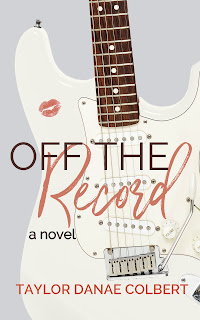 “Dax Thatcher?” I ask. “But isn’t he sorta. . .old?”
Ugh. Celebrities. I mean, I know I took a job as a reporter for the Celebrity and Pop Culture department of our magazine, but it was just supposed to be a stepping stone to the more real stuff.
Despite the fact that Dax Thatcher was the subject of many of my teen fantasies—and I may or may not have an entire playlist made up of his music—he’s still just another star.
Until his golden eyes pierce through me that day on his Malibu deck. I find myself having dinner with him, going backstage with him, lying on the beach with him. I find myself telling him my deepest secrets, and diving deep into his less-than-perfect past.
And then I remember my assignment: a four-issue feature on Dax Thatcher...and his supermodel fiancée. Yep, he’s getting hitched.
I have to focus. I’m a serious journalist, and he is mere months from walking down the aisle with someone else. But that doesn’t stop me from wondering what those tattooed arms might feel like wrapped around me, or how soft the sheets on his California king bed are.
Yikes. This celebrity stuff might be a little more real than I thought.

It’s quiet for a few minutes. I’m not sure what’s running through his head, but I’m sitting here trying to figure out what this is. Is he this nice to everyone that interviews him? Does he make this much time for all reporters?
“Your, uh, ink is showing,” he says, and I catch myself staring ahead blankly.
“Huh?”
He points to my shoulder, which my sweater has abandoned and is sliding down off of. I move quickly to pull it back up.
“I wouldn’t have pegged you for the tattoo type,” he says, sitting back in his chair.
“Then you’ll be interested to know that I actually have four,” I say, sitting back in mine, trying to exude the same confidence that he is. I feel his eyes scanning my body again, searching all my exposed skin. I point down at my wrist at the half-heart.
“My sister has the other half,” I say.
He nods.
I pull my sweater back again, showing him my shoulder. “These are the coordinates of the apartment I grew up in in Brooklyn.”
He nods again, squinting his eyes to see it.
I lift my hair and turn away from him slightly.
“This is just some dumb design I got when I turned eighteen,” I say, letting him scope out the idiotic starburst that trails down the back of my neck. I had drawn it up on a napkin the morning I became legal. It was my first attempt at rebelling, but my parents brushed it off, taking away all the fun.
I drop my hair and turn back toward him.
“And the fourth one?” he asks. I feel my cheeks flush, and I shrug.
“Not for public viewing,” I say, taking a slow sip of my wine.
His eyes flicker with something—a combination of intrigue and impatience, maybe. Then he leans forward, clasping his hands on the table.
“So you’re saying I should take you somewhere private?” he whispers, and my wine breath catches in my throat. I’m all flustered, but I need to keep my shit together. I need to figure out where his head is. I snap myself back to reality, trying desperately to hold on to that fake confidence I had earlier. I lean forward.
“Do you take all of the reporters that interview you somewhere private?” I ask. He leans back slightly, raising an eyebrow at me, that panty-dropping half-smile creeping over his lips.
“Only the ones who’ve seen me naked,” he says, dabbing at his perfect mouth with a napkin.
I swallow.
“And how many is that? Twenty? Thirty?” I ask. He shakes his head.
“One.” 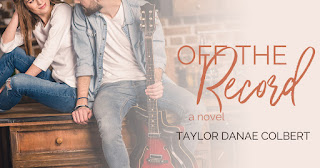 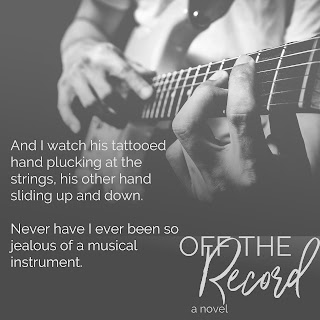 As a fan of rockstar romances I found myself becoming quickly immersed in the glittery world that hides many secrets and that fuels this story of forbidden romance.  It’s a romance that sparks the moment a rocker, once at the top of the charts and now seeking a return there, meets the young reporter who brings out all his secrets while making his heart pound and from there readers will be taken on a rollercoaster ride of emotions.  With an immensely appealing main couple, and a few surprising turns along the way, I was glued to the pages and breathless by the end as I look forward to reading more from this new-to-me author.

Shay Kellner’s always wanted to leave her mark, writing articles from the heart that affect people.  Being tasked with writing a series of articles about a rockstar returning to the spotlight felt a bit too fluffy...until she discovered the name of the rockstar.  Dax Thatcher fueled many of her teenage dreams so meeting him in the flesh is a dream come true.  It’s an assignment that ultimately changes both of their lives irrevocably, laying both of their hearts on the line, with his moment in the spotlight really putting them to the test.  Shay’s an immensely likable heroine, a dutiful daughter and supportive sister despite her sister’s constant put-downs.  She’s a reporter who values the truth and never wants to use her words to hurt others, which sets her apart from many of the other entertainment reporters who value sleaze and superficiality.  Looking past the facade is what binds her and Dax together from the start as she brings out the truth about his painful past, giving him a sense of safety while he reveals those truths.  I appreciated that Shay struggled with her growing feelings for Dax, felt guilt over wanting him while he was engaged.  It spoke volumes about her good character but it will definitely be an issue for some.  There are surprising reasons behind his engagement though and I hope readers can hang in there as it’s an immensely satisfying culmination to the triangle of Shay, Dax, and Annaliese.  Through it all Shay remained the kind of heroine you can’t help but like.  She’s strong-willed, gives as good as she gets when standing up for herself, and is a strong support when Dax needs her most.

Dax Thatcher came from a tragic past, one that’s slowly revealed through Shay’s questions and his need to connect to her on a level of honesty.  Twenty years ago he was at the top of the music world, beloved by all, until addiction landed him at the bottom and in need of rehab.  The years since have made him a different man, one who helps others without wanting recognition, while helping others reach the top of the charts.  He too is now ready to regain the spotlight with a new album and marriage to a glamorous supermodel, all of which the world wants to know about.  The moment he meets reporter Shay sparks fly as she has a profound affect on him, fueling his soul like nothing else has since he first started singing and it’s a slow burn between them from that moment on.  Though he wants to do right by Annaliese it’s clear that he and Shay are destined to be together as he lets her see the truths he’s kept hidden from the world.  As he shows her bits of his childhood I found myself drawn to him, hurting for all the painful moments he experienced.  Death and deception early on brought him low and it was heartbreaking to see the fallout as his problems with addiction were never sugarcoated.  On the outside Dax is a sexy rocker oozing strength, but behind that facade is a man still dealing with loss and just wanting to be loved.  I ached for all he’d been through, and for all his re-emergence is costing him emotionally now.  Shay is just the woman he needs as his future is once again left in limbo after a shocking twist late in the story.

This story is told from Shay’s POV which gave us deep insight into her and her family, a family that’s not quite perfect but supportive of each other when the chips are down.  That POV showed her to be a heroine you want to root for every step of the way as she’s easily relatable and is living a dream many of us have...falling in love with a rockstar.  It’s a rocky romance though, one some readers might frown upon, but I was fully on board as it was made clear how perfect they are for each other.  I wish the author had spent as much time in Dax’s head though as he was equally compelling.  With a heartbreaking past and a future that he’s struggling with it would’ve made for a richer story discovering what demons drive him.  When it comes to the romance the author was pitch perfect.  Early flirting led to unrelenting sexual tension that left me parched before they finally gave into temptation.  Scorching interludes balanced with intense emotions and truths being revealed kept me turning the pages frantically.  Surrounding this engaging main couple was an equally entertaining cast of secondary characters.  Among those who left their mark the most were Dax’s assistant James, a young man with a sad past who owes everything to his boss.  He was sweet and charming.  The other character is supermodel Annaliese Michaels, a woman with secrets of her own.  She’s portrayed as a perfect angel but I was left disappointed by her as she was willing to sacrifice others for her fame.  Just when I’d given up on her though, she redeemed herself in a grand gesture that had me cheering.  On a whole this was an exhilarating read full of surprising twists and intense emotions.  Issues of addiction were also dealt with in a realistic manner that added to the emotional impact of Dax and Shay’s romance.  This was my first time reading Ms. Colbert but it won’t be the last in a romance that took me to heartbreaking lows before giving me an immensely satisfying conclusion. 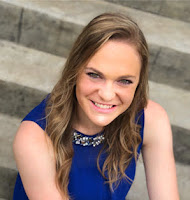 Taylor Danae Colbert is a romance and women’s fiction author. When she's not chasing her toddler or hanging with her husband, she's probably under her favorite blanket, either writing a book, or reading one. Taylor lives in Maryland, where she was born and raised.