It’s another gritty and emotionally intense read, an epic romance between two characters who readers have come to see as family, with this new release set in the world of the Satan’s Knights MC.  Keep reading to get a tempting taste of Blackout: Book One by Janine Infante Bosco, along with my impressions of it, then definitely add it to your bookshelf.  In honor of this first installment in the Leather and Lace Duet make sure to fill out the form below for the chance to win a Kate Spade necklace too! 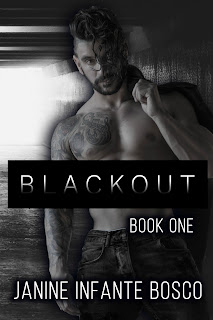 After years of struggling with alcoholism and drug abuse, I got clean and put my best foot forward. I became the man worthy of Lacey Parrish’s love and made the girl with the sad brown eyes my wife. But I’m not the only one in our marriage with demons. Diagnosed a manic depressive, Lacey struggles daily with her mind, never willing to succumb to the stigma of mental illness.
The odds have always been stacked against us, but the stakes have never been this high.
Pregnant with our child, Lacey is forced to choose between her mind and the baby we wished for.
I can take pain, but I can’t take hers.
Helpless and at the mercy of her illness, I turn to my past.
It’s always our favorite sins that do us in.
Leather.
Lace.
Me.
Her.
Suffering through hell, hoping love is enough for us to survive one more blackout. 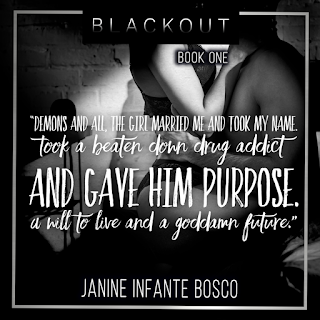 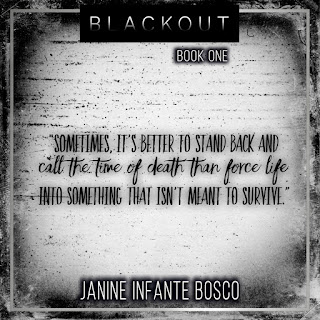 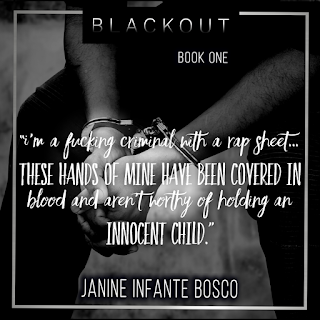 Having just finished reading this book I must admit to feeling drained.  I feel lost and heartbroken for these characters as they’ve fought for each other through the years and just as HEA seems in reach things again get upended. It’s a reflection of the talent that Ms. Bosco has in spades that has so deeply rooted these characters into my being and that has me now waiting with bated breath to see what happens next.

Dominic “Blackie” Petra’s life has never been easy as the Vice President of the Satan’s Knights MC.  It’s been an emotional rollercoaster ride full of blood, danger, feelings of unworthiness, along with trying to deal with an addiction to drugs and alcohol.  The moment his story took center stage I knew it would be hard to read, and it was, as none of his low points were sugarcoated.  It was a tense read, but well worth it as it gave him his soul mate...Lacey Parrish, daughter of his Club’s president.  Theirs was a romance meant to be and since they got together the glimpses we’ve seen of them have been happy.  Chinks in their armor started to appear though in Ms. Bosco’s previous release Parrish and that’s where this story takes place.  It runs parallel to the action in that story, giving us deeper insight into all of Blackie’s fears in taking over the club and becoming a father.  These insights were raw and had me aching for him.  For so long he’s tried to feel worthy of Lacey’s love and this story shows just how low his self-esteem is as his thoughts got quite dark at times.  With these dark feelings also came great feelings of joy with his impending fatherhood that brought a smile to my face while I rooted for him to overcome his demons and allow himself to be happy.  Blackie’s a compelling hero, rough around the edges, but with a big heart.  He’s devoted to his club, throws himself in front of a bullet for each brother, and this often puts him at war with his love for Lacey as he’s slowly starting to realize how hard it is to balance the roles of club VP and husband.  Everything comes to a head by the final page as Blackie once again sacrifices himself, leaving readers with their jaw on the floor and screaming right along with Lacey.

Lacey Parrish knows how hard it can be living with someone part of an MC.  Her father, the president of the Satan’s Knights MC, has taken her on an emotional ride full of worry and fear and despite that their bond couldn’t be any stronger. Suffering from the same mental illness as him has taken her to some very dark places, bonded her and her father in a sad yet supportive way, and taken her places where only Blackie has been able to bring her back from.  She’s been in love with him since she was young and with their marriage all her dreams seemed to be coming true, but recent events within the club has marred her happiness and with recently becoming pregnant she’s also putting her own health in danger.  She’s battling her own demons, just like her father’s current losing battle, and it has her questioning Blackie’s devotion to her and left her struggling to keep those thoughts at bay.  Through it all though Lacey’s remains a strong-willed heroine, trying to be strong and supportive to the clearly hurting Blackie.  She’s a forgiving soul too with his relapses, but impending motherhood forces her to be even stronger as her and Blackie’s future takes an even more dramatic turn that ends this story with a heart-pounding conclusion.

Ms. Bosco’s again left me in awe as she took me on a raw and unvarnished journey into the darkness of addiction and the struggle of having a mental illness.  It’s a journey that pulled no punches and pulled me into the lives of Blackie and Lacey wholeheartedly where each hurt and each happiness felt like my own.  Having read Parrish I knew where things were going regarding the club and their legal troubles, but told from this different viewpoint took things in an even more emotional direction.  Alongside all the intense issues surrounding Blackie and Lacey was a sizzling connection that made for numerous erotically-charged encounters that deepened their bond each time things got tough. While these interludes were scorching they were also a reaffirmation that pulled at my heartstrings, a desperation to keep the outside world at bay.  Along with this unforgettable main couple came an equally entertaining cast of secondary characters, the men and women who inhabit this gritty world.  Blackie’s bond with his MC brothers gave us moments of humor, especially in parenting discussions with Riggs, along with blows to his self-esteem as he felt like he was disappointing them by not rising to the heights Jack Parrish planned for him. From the first page to the last readers will find this an epic love story, one just starting to be told, that takes us from the lowest of lows to moments of true joy.  It’s a romance full of heart and soul and I applaud Ms. Bosco for her gritty storytelling that left me utterly captivated and rooting for Blackie and Lacey to find their true HEA.

THE NEXT INSTALLMENT IN THE LEATHER AND LACE DUET... 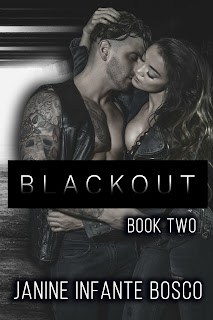