Book Spotlight on Tangled Up In You by Samantha Chase (GIVEAWAY)

A cop’s injury leads to healing for both his body and soul once he meets a tempting single mom which will change both of their lives irrevocably in a sensual romance full of highs and lows.  Keep reading to get a tempting taste of Tangled Up In You by Samantha Chase, then start counting down the days until this contemporary romance hits bookshelves on April 30th.  In honor of this seventh installment in The Shaughnessy Brothers series make sure to fill out the form below for the chance to win 1 of 3 copies of the previous book in this series too! 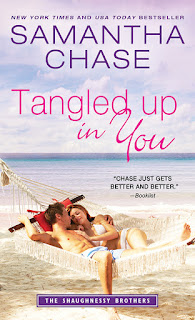 They'll change each other's fate...
One fateful night Bobby Hannigan sustains a gunshot wound that could end his career as a police officer. If that's taken from him, he doesn't know what he'll do. The only ray of hope is Teagan Shaughnessy—a kindhearted single mom who understands his struggles...
Teagan and her young son have just moved back to the Carolina coast to be near family. When she meets Bobby, the timing feels wrong, but everything else feels oh-so-right. Bobby and Teagan each had plans for their own futures. But they're finding that those plans are meaningless if they can't be together... 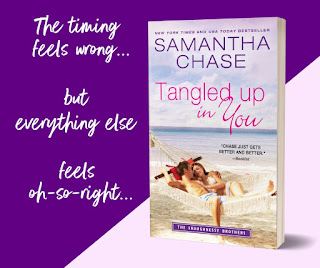 DISCOVER MORE ABOUT MS. CHASE AND HER BOOKS here.