Witty banter and sexual tension abound in this tale of enemies becoming lovers that kept me glued to the pages from start to finish.  Keep reading to get a tempting taste of Lord Have Mercy by Lani Lynn Vale, along with getting my impressions of it, then add this second installment in The Southern Gentleman series to your bookshelf! 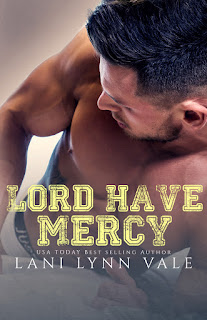 Poor judgment: knowing better yet doing it anyway.
Flint Stone is a professional in every way.
He’s a police officer with the K-9 unit and works at Gun Barrel High as the school resource officer. In his spare time, he’s working his heart out to create a successful gym from the ground up.
He’s loved by every single person he ever encounters—student, faculty, and employees—Everyone but Camryn Elvis Presley.
The only thing they have in common is their mothers’ poor excuses for names.
Period. The end.
So why is it every time she crosses his path that he has the urge to mess up her perfectly curled hair? Or unbutton a few of her prim and proper buttons?
He knows he should stay away, yet like the high schoolers he’s around every day, he has no choice but to react first and think about the consequences later.
Side note—bad decisions are made, leading to lapses in judgment that threaten both of their jobs. Yet when the time comes, neither one can seem to find the wherewithal to care. Why? Because being bad feels so good. 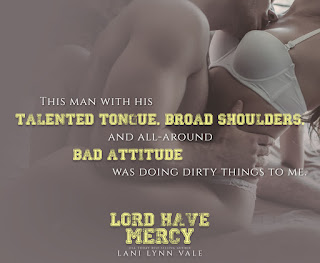 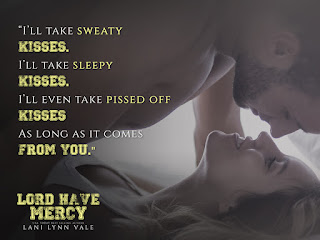 When it comes to the writings of Ms. Vale there’s a few things I can always count on....witty banter, a larger than life main couple, sizzling chemistry, and pulse-pounding suspense.  Though the style is becoming a bit predictable it still pulls me in every time as it’s a winning formula that makes for an exhilarating romance that has me counting down the days until I get my hands on another new work from this captivating storyteller.

Flint Stone’s a rugged man, self-assured, with a protective nature that shines through as a resource officer for a high school.  He’s a former soldier with a strong sense of duty, beloved by everyone, except for the strong-willed Camryn Presley who leads him on a merry chase of enemies-to-lovers.  From the moment they met in the previous book in this series they’ve been antagonizing each other, pushing each other’s buttons in scenes teeming with sexual tension.  These scenes show a playful side to the sexy cop, a charming side that had me longing for he and Camryn to finally get together as it’s clear that they’re meant to be.  Along with an immensely appealing charming side he also displayed moments of crassness (especially when trying to uncouple from a shrewish woman he’s been settling for while waiting for who he really wants) that somehow still made me laugh.  Through moments where he’s a pillar of strength to a low moment where a mysterious villain leaves his life and future hanging in the balance, Flint remains a likable and drool-worthy hero who endeared himself to me through each naughty word and deed.

Camryn Elvis Presley is a strong-willed heroine, self-deprecating in her less-than-model-sized body.  She’s confident and doesn’t let others push her around as she gives as good as she gets.  This strength adds fuel to the fire simmering between her and Flint and made for a combustible pairing between them as they slowly made their way to each other in a sensual tug-of-war.  Camryn’s an outspoken heroine with a kind heart, a heroine who says what she means and means what she says.  She may have been a bit timid when she first interacted with Flint, but she quickly became a formidable match to him that made them a crackling couple.  When he needed help the most she again showed her strong will and supportive nature while helping him recover from a crippling car accident shrouded in mystery.  Camryn’s a likable heroine through it all, one I can easily see as a friend and I enjoyed her interactions with other females throughout the story.


From the first page to the last Ms. Vale has beautifully balanced the romance between two strong-willed people with bits of suspense.  From scorching encounters in and out of the bedroom, to tender moments and heartfelt talks, to shocking moments of danger, readers will be on the edge of their seats breathlessly waiting for what happens next.  Surrounding this likable main couple, and their picture perfect romance, is an equally entertaining cast of secondary characters.  Some we’ve seen in a previous book (which allowed for a heartwarming update to their HEA) and some are brand new as they left an indelible mark.  Amongst my favorites is Officer Schultz, friend to Flint and a dutiful man taking care of his sister’s children.  I also found myself drawn to Flint’s friend Croft and his growing attraction to Carmichael, Flint’s sister.  They too have a back and forth connection, a will-they-won’t-they vibe that has me longing to see where things go from here for them.  On a whole, there were many good things going on in this book.  There were also one or two things that frustrated me though too.  The Other Woman in this story (though their relationship was on the outs), Schultz’s sister Nivea, was cray-cray and committed some hurtful acts towards Camryn out of jealousy.  Her actions were over-the-top, a bit silly in a soap opera way, with a comeuppance for her that was far less than satisfying.  There was also the mystery behind Flint’s accident late in the story that felt a bit jarring, a bit melodramatic too, and for me the culprit was more than obvious.  The reasoning behind it was equally as obvious which lessened the dramatic impact of it all.  Despite these small quibbles, I still found this an immensely entertaining read that gave me an afternoon of decadent delights courtesy of its scorching romantic encounters and snarky humor and crackling banter.  Those who haven’t yet discovered this author need to get on the bandwagon as she continues to put out stories that will pull readers in wholeheartedly. 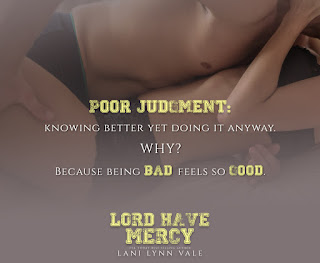