Book Tour for Pieces of Us by A.L. Jackson (Review & GIVEAWAY)

Second chances and hard truths drive this story full of intense emotions as the past weighs down a man forever trying to run from his painful past and the one bright spot of the young girl he’s never forgotten.  Keep reading to get a tempting taste of Pieces of Us by A.L. Jackson, along with my impressions of it, then add it to your bookshelf.  In honor of this third installment in the Confessions of the Heart series make sure to fill out the form below for the chance to win print copies of the first two books in this series, a Kindle Fire, a Polaroid camera, and swag too! 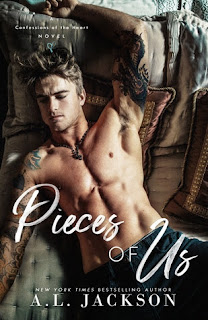 Maxon Chambers has a way of stealing all the attention.
All my affection, and all my dreams.
What I needed to remember was he’d stolen my good judgment and my virginity, too.
When he broke up with me, I ran across the country and swore I’d never return to Broadshire Rim. But here I am, thirteen years later.
Maxon is all grown up.
Sexier than sin and more tempting than ever.
A detective on the Charleston force, he lives on the outside of safety, devoted to protecting the people of his city.
But with the way he’s looking at me now? I’m pretty sure what needs protecting is my heart.
Can we mend the pieces of us? Or will he leave my heart shattered forever... 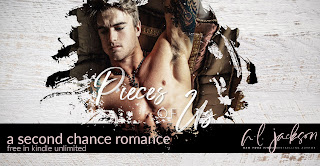 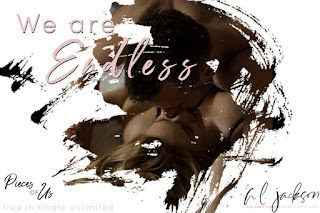 Through two previous books Ms. Jackson has introduced us to three men whose pasts were littered with pain and desperation that had them longing for something more.  This trio was there for each other, supporting and protecting one another as life frequently reared it’s ugly head towards them.  Though not all of them are bound by blood, they are like brothers.  Two of those men, Jace and Ian Jacobs, were lucky enough to find the women who complete them and now’s the time for Maxon Chambers to do the same.  It’s not an easy journey though as his past has left him feeling unworthy of the only woman to make him feel loved.  In a journey full of heartbreak and tears there’s also love and acceptance that put a smile on my face as I rooted for this immensely likable main couple to find their way back to each other.

Maxon grew up on the wrong side of the tracks with a father who did all he could to make his life miserable.  From hurtful words to involving him in a world full of criminals, his father left bruises on him inside and out.  The one bright spot was the little girl next door, a little girl who saw him as her hero and who left her own mark on him.  Through the years youthful friendship led to teenage love and dreams of HEA that never came to fruition because of a choice he made, a choice that’s eaten at him ever since.  With the return of that little girl, now a woman with children of her own, he’s finally given the chance to make amends and to claim the one who got away.  It won’t be easy though as he still feels unworthy of her, still weighed down by the words of his father.  To make his second chance at happiness even harder to reach is the secret she reveals to him, a secret that has him wondering if he can truly be a hero with his father’s blood running through his veins.  I’ve been intrigued by Maxon (aka Mack) since he first showed up to help the Jacobs brothers and have been waiting with bated breath to learn more about him.  With the two previous books I learned that he’s quick to save others, determined because of his past to do right now, and it’s what drives him to be a cop.  With this book readers see how painful his childhood was, see the kinds of abuse that binds these three men together, and what made me want to hug Mack repeatedly.  It’s clear that his self-esteem’s been battered and it’s led to a lifetime of poor choices, choices he thought were the right ones but ultimately led to more hurt.  I repeatedly saw him settling as he didn’t think he deserved anything good in life and it broke my heart.  Mack’s ultimately a dedicated cop with a heart of gold, wanting what his friends have and finally having the chance when Izzy returns.  His actions might not always be the right ones, but he truly tries to do what’s right in a romance that didn’t always show him at his best but showed him trying to be worthy of Izzy’s love.

Izzy Lane’s the kind of heroine you can’t help but admire as she’s strong-willed and kind hearted.  She always sees the best in others and looks at the world in all its goodness.  From the moment a four year old Izzy meets a young Maxon their lives were changed irrevocably.  He became her savior, her dragon in slaying all the danger she found herself in because of her living life to the fullest.  She became connected to him, following him around endlessly and falling for him more each day.  Though they came from very different worlds, her from one of love and light and him from one of darkness and rage, they had an undeniable connection that had her looking towards their future together...until his fear pushed her out of his life.  When she needed him the most he wasn’t there and it’s led to years of wasted time and endless hurts for all of them.  Returning home puts her right back in front of Mack and forces her to reveal hard truths that will put both of them, their feelings and their hopes for the future, to the test.  It’s an emotional journey for everyone in this heartbreaking tale and through it all Izzy stayed true to herself.  She clearly still cares for Mack, wants him to accept the love they once had and be the man she knows he can be, but she’s equally protective of her sons and what his presence in their life will mean.  Her scenes with her sons are amongst the most powerful in fact and showed off her loving and protective side as the issue of disability was on vivid display.  From the moment readers meet Izzy she’ll quickly become a heroine worth rooting for and yet another highlight of this intense read.


On a whole this was a powerful ending to an unforgettable series featuring a couple that pulled at the heartstrings, a couple weighed down by the hero’s painful past.  There were moments of joy though too in their youth, heartwarming moments that evolved into young love and promises of tomorrow, in a romance that was beautifully balanced and simmered throughout the years they were apart.  Their unbreakable connection was palpable, their bond sizzling, and fueled their second chance at happiness as they tried to move on from the pain of their pasts.  Mack was particularly broken but I was still drawn to him and his heart of gold often on display, especially in his interactions with Izzy’s sons Benjamin and Dillon.  Love surrounded this couple, an unending love that had them looking like a family once all the truths of the past came out, as their hard-fought journey to HEA gave me lots of warm fuzzies along with a tear or two along the way.  Surrounding this unforgettable main couple was an equally memorable cast of secondary characters, couples who’ve found their HEA previously and who supported this couple throughout this powerful story.  They’re a tight-knit group, an unconventional family based on their painful pasts, and this third and final installment put a bow on all that came before. Ms. Jackson awed me with her storytelling, weaving a story full of intense emotions with bits of suspense.  She pulled at my heartstrings, taking me from the lowest of lows to joyful highs, and I look forward to where she takes readers next!