Book Tour for Needing to Love You by Erin Rylie (REVIEW)

A self-assured cop with a past that weighs on him still today finds himself trying to win the heart of a single mom in a romance full of witty banter and scorching interludes.  Keep reading to get a tempting taste of Needing to Love You by Erin Rylie, along with my impressions of it, then add this second installment in the Houston’s Finest series to your bookshelf! 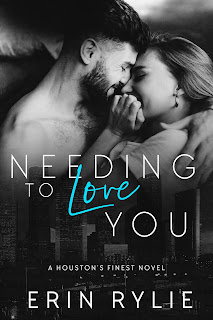 Carlos Ramirez has always prided himself on two things: being damn good at his job on the Houston police force and being able to land any woman he wants. When a devastating car accident leaves him crippled and in excruciating pain, he begins to rely too heavily on his prescription painkillers. The only person who can help him heal is the only woman who has ever rejected him—and on more than one occasion. Living with Kelsey while he works through physical therapy wasn’t anything he ever expected to happen, but it might just be what he needs.
After a divorce that left her doubting her ability to love, Kelsey Byrne wants nothing to do with relationships. Unfortunately for her, the only man she could see herself loving needs a place to live and help while he recovers. She had a hard time pushing him away after a one-night stand, so how can she possibly keep him at arm’s length when he’s in her house every day, playing with her son, cooking her meals, and leaving her cute notes every morning? Carlos may be working his way into her heart one sweet gesture at a time, but can she give him everything knowing that she’s more than a little broken inside? 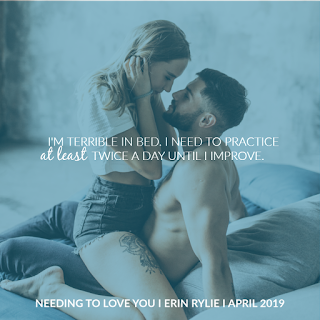 FIND THE PREVIOUS INSTALLMENT IN THE HOUSTON’S FINEST SERIES AT AMAZON here. 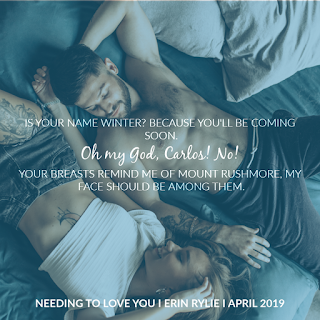 When it comes to romances my favorite ones have a perfect balance of witty banter and scorching encounters between the heroes and heroines and I’m happy to report that this tale has all this and more.  With an entertaining main couple in Carlos and Kelsey who singe the sheets while dealing with their painful pasts and personal issues, I was invested in their HEA from the very start and found myself laughing one moment while fanning my face the next.  Heavy issues of emotional abuse and addiction were also touched on to pull me into the lives of this couple and kept me rooting for them every step of the way.

Carlos Ramirez is a cop whose job means everything to him.  He defines himself by his work, so when an injury forces him into a lengthy recovery it throws him for a loop.  It takes him to a dark place that brings up his painful past and has him making choices that could ruin everything.  Before his accident he had an unforgettable night with a friend of his partner’s wife, one that he wanted to see become something more, but she kept him firmly in the friend-zone.  Just when he needs her most though she opens up her home to help him recover and in the process it’s their hearts and minds that also need to recover.  Living together has them becoming a family, something that she subtly fights against out of fear, while he comes to crave it more and more in a tender and angsty journey to HEA.  Carlos is a sexy hero, a carefree one who’s quick to make a joke.  He may be serious when it comes to his job, but in his personal life he’s a fun-loving jokester who can be counted on to provide a laugh.  Behind that fun and sexy veneer though is a man full of vulnerabilities, fears of failure fueled by his mother and Kelsey’s inability to open her heart.  It’s a heartbreaking journey of recovery for his body and soul, one that I was fully invested in and it drew me to him all the more.  It’s a journey full of realism that had Carlos ultimately addressing his demons head-on in a scene that was empowering and showed him to be a true hero.

Kelsey Byrne is still recovering from a divorce, one that she decided upon.  From that moment on it’s her son James who becomes her focus until an unforgettable night with a friend of her friend’s boyfriend.  Since that night though she’s kept him firmly in the friend-zone, despite his constant attempts to charm his way into her life, as she’s afraid of giving into her ever-strengthening feelings for him.  With him needing a place to recover though she’s quick to offer to play nursemaid which sets them on a rocky road to HEA, a road that pulled at my heartstrings while frustrating me a time or two.  Kelsey’s a fierce mama bear when it comes to her son James and there are many scenes that showed their strong bond.  She’s a great support to her friends too and I enjoyed their Girl’s Nights as they were funny but it showed her tendency to keep things to herself.  Whereas they were an open book, she hid many of her feelings behind a strong and stoic wall, a wall that she learned to erect in her youth.  Her fears of being vulnerable though did a disservice to Carlos as he loves with his whole heart and never held back when it came to his feelings for her.  To hide her fears she was quick to find fault when Carlos was at his lowest and it disappointed me as she made sure to cut deep.  She was content with superficiality until he forced her into reality, a messy reality that had her ultimately putting her heart on the line in a hard-fought HEA.

I found this an immensely satisfying read courtesy of Carlos and his fun and flirty nature.  He was a master at dirty talk, but not afraid to express his feelings for Kelsey which had him desperate to get her to be honest in exchanges late in the story that brought a tear to my eye.  Along with them dealing with heavy emotional issues were many scorching scenes that made me blush and highlighted their crackling banter.  His interactions with James further won me over and though I don’t normally enjoy children in my romance books I found James a real charmer who brought out an endearing side to Carlos. Though Kelsey sometimes frustrated me, by the end I appreciated how far she came in opening up and it made for an even more feel-good ending.  Though this book ended with a definite HEA it also ended with a small shocker...one that I had seen coming and that has me excited for what comes next as Kelsey’s friend Becky has her own truths to tell to the man who’s Carlos’ new partner.  In a cast of equally entertaining secondary characters I was immediately drawn to Reese and his Mountain Man looks and the fallout of his and Becky’s pasts promises fireworks.  Not having read the first book in this series I still found myself enjoying Carlos’ old partner Rafe and his new wife Sophie who’s Kelsey’s other friend.  They were a sweet and supportive couple and I found Rafe’s wholehearted embrace of fatherhood utterly charming.  On a whole this was an immensely appealing romance full of angst, laughs, sizzling encounters, and characters who were easy to relate to and I recommend it to readers looking for a story full of heart and soul! 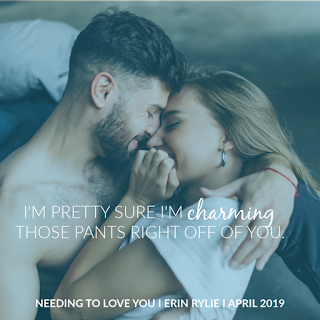 I'm a Montana born, Texas raised New Jersey transplant with a degree in hospitality. At 29 years old, I decided it was finally time for me to pursue my real passion in life - writing. I've been writing princess stories and LOTR fan-fiction since I was in middle school, so the transition into romance has been fun!
When I'm not writing, I'm reading (fantasy, sci-fi and romance are my genres) or working. I'm currently obsessed with Brooklyn Nine Nine which should tell you all you need to know about my sense of humor.
Finally, I am 100% an old cat lady. My cats Socks and Kaz are little weirdos and I love them more than most people.