Readers will immediately fall for this tale of a single dad, and the sister of his best friend who's always been in love with him, who reconnect after ten years apart to find a bit of romance flaring between them.  Keep reading to get a tempting taste of Penthouse Prince by Kendall Ryan, then add this standalone story to your bookshelf when it releases on September 1st! 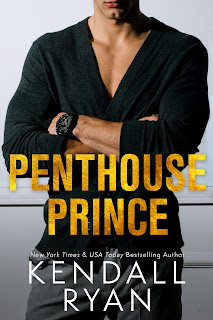 Lexington Dane was my brother’s best friend growing up. We did everything together.
He taught me how to throw a punch, how to change a tire...and he taught me how to kiss. I fell hard and fast, and gave him all my firsts.
I promised I’d wait for him...
But I’m done waiting, because he went off to college and never came back. He took his fancy business degree and moved to New York City, where he promptly became a real estate mogul—turning every penthouse and apartment project he touched into gold.
It’s been ten years, and now he’s back and needs a favor...someone to watch his little girl. That’s right, the cocky penthouse prince and heartbreaker extraordinaire Lexington is back with an adorable two-year-old daughter. Guess who he wants to watch her?
I’ve never been able to say no to him. I might agree to be the nanny for his precious little angel, but there’s no way in hell I’m falling for her hot-as-sin daddy. 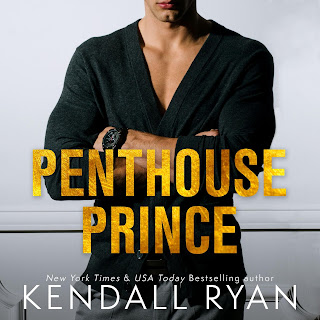 A New York Times, Wall Street Journal, and USA Today bestselling author of more than three dozen titles, Kendall Ryan has sold over 3 million books and her books have been translated into several languages in countries around the world.
Her books have also appeared on the New York Times and USA Today bestseller lists more than 100 times. Ryan has been featured in such publications as USA Today, Newsweek, and InTouch Magazine.
She lives in Texas with her husband and two sons.