Book Tour for The Revolutionary and the Rogue by Blake Ferre (GIVEAWAY)......

Two men from different worlds find themselves working together in a world where their lives are on the line for who they love in this historical romance that will keep you on the edge of your seat.  Keep reading to get a tempting taste of The Revolutionary and the Rogue by Blake Ferre, then add this book to your shelves.  In honor of this engaging m/m romance make sure to fill out the form below for the chance to win a $25 Amazon GC too! 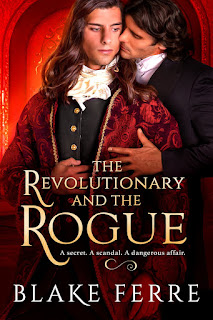 Perrin deVesey knows pain. As a member of Crimson Rose, a secret club for men who love men, he’s taken the vow “to stand and shield.” Standing together during these perilous times is the only thing keeping their necks from the guillotine. Now their leader is using the club to rescue wrongly accused traitors. After losing a past lover to an unjust execution, the decision to support this treasonous cause is easy...until a devastatingly handsome Committee Officer complicates Perrin’s whole world.
Officer Henri Chevalier hates aristocrats. But the man he finds while investigating Crimson Rose is more than just wealthy and fancily clothed. He’s a rogue that could take him to the heart of the uprising and stop it before it starts. His plan to get close to Perrin and steal his secrets backfires, though, when Henri finds himself falling for the damned aristo and his dangerous smile. His heart is even more conflicted as he learns the truth behind their cause...and the truth his own people have been hiding.
Together they must make the choice—to stand and shield at any cost—and their love might be the deadliest weapon in all of France. 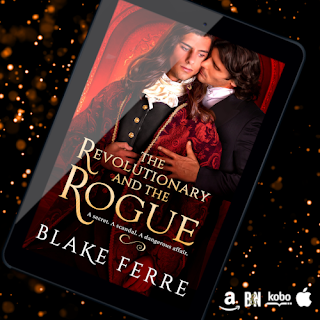 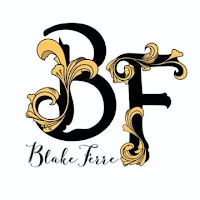