Book Blast for The Lady and Her Champion by Sara R. Turnquist (GIVEAWAY)......

It's a compelling historical tale addressing the ups and downs of a collection of couples that will keep fans of historical romances glued to the pages.  Keep reading to get a tempting taste of The Lady and Her Champion by Sara R. Turnquist, then discover even more about this book by visiting the other sites hosting this tour.  In honor of this third installment in The Lady Bornekova series make sure to fill out the form below for the chance to win a $40 bookstore GC too! 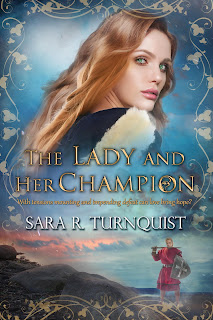 She needs someone to fight for her. He needs to be rescued.
Karin and Pavel have become separated by war and the destruction of his family's home. When Pavel hears of Karin's predicament, he rushes to his beloved. But what will he find? Will the pull to remain by her side be stronger than the tug to return to the front lines?
Zdenek and Eva are blissfully happy after finding one another. Then his father summons him home. It is a reunion Zdenek dreads. How will his father react to Zdenek's involvement with a merchant's daughter? More...what will Zdenek do if the man does not accept her?
Radek, who has recently defected, finds himself caught between two worlds. He stumbles upon a Hussite captive in the Royalist camp in dire need of a champion. Can he defy yet another army? Ostracize himself and limp back to the Hussites for the sake of a woman he owes nothing to?
While the Hussites maintain a tenuous hold on their lands, will internal conflict prove their undoing?
EXCERPT:
Zdenek’s father stopped in front of him and Eva.
Eva moved closer to Zdenek. But only slightly.
Father looked her over, eyes settling on their clasped hands. He grimaced.
Zdenek let loose her hand.
“I am...relieved that you have come, Zdenek.”
“Of course, Father.” Was his voice as weak as it seemed?
Zdenek sensed Eva’s eyes on him. Perhaps his tone needed strength.
“We have much to discuss,” the larger man boomed.
“Yes, Father.” A tug on his shirtsleeve reminded him that Eva was beside him. He had not introduced her.
“Father, I would like you to meet my wife, Eva.”
“Yes. I had heard,” the great man said.
There was something dismissive about Father’s tone. Glancing at his bride, Zdenek could not mistake the hurt in her eyes. What was he to do? Speak up for Eva and anger Father further? “Father, I don’t think—" Zdenek’s father made a motion for one of the servants across the room to come forward. The small woman obeyed.
“Please, take my son’s...wife...to her chambers.”
“Her chambers?” Zdenek spit out. “Are we not to share as man and wife?
His father’s eyes were hard. “I only expected you would wish to bed down in your old chambers. As you may remember, it only accommodates one.” The man’s lips twisted before righting into a smile.
Zdenek swallowed. Hard. He resisted the urge to look toward Eva. Though he sensed her eyes boring into him. Dare he speak up? Dare he not? 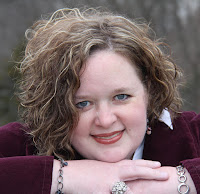 AUTHOR INFO:
Sara is a coffee lovin', word slinging, Historical Romance author whose super power is converting caffeine into novels. She loves those odd little tidbits of history that are stranger than fiction. That's what inspires her. Well, that and a good love story.
But of all the love stories she knows, hers is her favorite. She lives happily with her own Prince Charming and their gaggle of minions. Three to be exact. They sure know how to distract a writer! But, alas, the stories must be written, even if it must happen in the wee hours of the morning.
Sara is an avid reader and enjoys reading and writing clean Historical Romance when she’s not traveling. Her books range from the Czech lands to the American wild west and from ancient Egypt to the early 1900s. Some of her titles include The Lady Bornekova, Hope in Cripple Creek, The General’s Wife, Trail of Fears, and the Convenient Risk Series.
INSTAGRAM  |  WEBSITE  |  TWITTER  |  FACEBOOK  |  PINTEREST  |  YOUTUBE
**********GIVEAWAY**********
a Rafflecopter giveaway
at February 24, 2021