Blurb Blitz for A Model Engagement by Charlotte O'Shay (GIVEAWAY)

Readers will find themselves quickly consumed with this seductive and suspenseful tale of a naive woman caught in a fake fiancée scheme who finds herself caught up in the lie.  Keep reading to get a tempting taste of A Model Engagement by Charlotte O’Shay, and learn even more about this contemporary romance by visiting the other sites hosting this tour, then add it to your bookshelf.  In honor of this second installment in the City of Dreams series make sure to fill out the form below for the chance to win a $25 bookstore GC too! 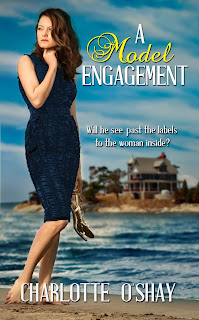 Lacey Reed jumps at the chance for independence with a career in the big city. But her naivety and ambition blind her to the lure of a blackmailer. With her savings gone, she has nowhere to turn when she literally runs into financier Connor Devlin.
Though dazzled by Lacey, Connor sees the desperation she tries to hide. His gut tells him to help, and he hires her as his fake fiancée. Now Lacey has a job, and Connor has put a bandage on a family crisis.When the blackmailer ups the ante, Lacey resolves to face him down—no matter what the consequences. Does that mean Lacey will lose the only man who’s ever seen who she truly is?

Lacey took twenty minutes to decide which pasta she wanted to eat. Then they both devoured their entrees in about five silent minutes.
“I love a girl who enjoys her food.” Connor mopped up some of his spaghetti sauce with a chunk of the right-off-the-grill Italian bread.
“I did scarf that down fast.” She shrugged, not in the least embarrassed. Then she waved her wine at him. “Hey, save some of that bread for me.”
She grabbed a piece from the basket between them and ripped it into small pieces before popping each of them into her mouth with abandon.
The restaurant occupied the first floor of a charming old world 1880’s brownstone. Mellow piped in mandolin music was just the right volume to cover but not overwhelm private conversation. Much later festive live music and dancing in a small open space on the burnished old pine floor would usher in the New Year.
But Connor didn’t know how long Lacey would want to stay. He had to be content with this moment.
He’d chosen this secluded corner table with care. Lacey hadn’t been recognized and right now the night was a win. Was his luck beginning to turn? Was she starting to relax with him a little? He wanted—damn he wanted so much but he wouldn’t rush her.
Don’t screw this up, Devlin.
“Okay so what’s your pleasure for dessert? Tiramisu? Tartufo? Cannoli?”
He watched as she poked her tongue out and perused the menu. In that silver dress she looked like the angel on top of his Christmas tree. And right now she might as well be perched that high and far away.
Because she had to be the one to decide to resume their sexual relationship—or not. And yeah, the waiting sucked.
“You may’ve noticed I’m wearing this tunic dress.” She gave a little shimmy in her chair and the loose fabric glittered and sparkled. “It was skillfully chosen,” she waved a hand, “because as you can see,” she shimmied again, “there’s no waistline. I can have two desserts if I feel like it.” She tilted her head and winked.
“Didn’t you wear that on Thanksgiving?”
“Very observant, Mr. Devlin. Give this man another drink.”
Lacey in teasing mode was something he hadn’t yet experienced. And he liked it. Oh man, he liked it a lot. And he had another reason to despise Bixby seeing how much of her vibrant personality was hijacked by her dealings with that asshole.
Now he could see how constrained she must have felt, how her obvious natural buoyancy was squashed as the victim of a predator and a blackmailer. If he ever came face to face with that piece of crap...he shut that thought down. Because tonight he had everything he wanted right in front of him and he wasn’t wasting a second thinking about anybody but Lacey.
Lacey was in a teasing mood and it was New Year’s Eve.
Thank you, God.

OTHER BOOKS IN THE CITY OF DREAMS SERIES: 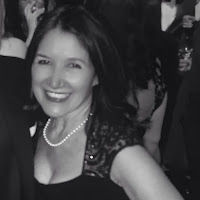 NYC girl Charlotte O'Shay was born into a big family and married into another big family.
The drama! The noise! The inspiration!
Negotiating skills honed at the dinner table led her to a career in the law. After four beautiful children joined the crowded family tree. Charlotte gladly traded her legal career to write about happily ever afters set in and around NYC.
When Charlotte isn't reading or writing steamy contemporaries featuring heroines in crisis and swoony heroes, she's on the hunt for that perfect pair of sunglasses. She loves to hear from readers.