Book Blast for Your Echo by Katia Rose (GIVEAWAY)

As a reader obsessed with rockstar romances I immediately fell in love with this tale of opposites attracting as a yoga instructor tries to tame a bad boy rockstar.  Keep reading to get a tempting taste of Your Echo by Katia Rose, then add this fun and flirty romance to your bookshelf.  In honor of this second installment in the Sherbrooke Station series make sure to fill out the form below for the chance to win a $10 Amazon GC too! 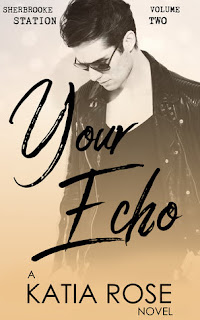 How do you teach a rock star how to meditate?
The number one question on Stéphanie’s mind sounds like the start of a bad joke, and life would be a whole lot easier if she actually knew the punch line.
Her meditation coach job description said nothing about private lessons for the most infamous lead singer in Montreal, but somehow Stéphanie still finds herself sitting cross-legged on a yoga mat, right next to a pierced and tattooed music legend who’d rather be anywhere else.
Meditation classes are Ace’s final chance to convince his record label that the last bender he went on really was his last. The demons that have sent him to the bottom of countless bottles might not give a damn about ‘soothing rhythmic chanting,’ but it’s either this or game over for his career.
He’s not what she wants. She’s not what he’s looking for. Yet somewhere amidst all the incense fumes, the lines between student and teacher get blurred.
Even as their deep breathing exercises become nights filled with panting and gasps, Stéphanie can’t ignore the darkness that never quite leaves Ace’s eyes. It’s a darkness she knows far too well, and if she’s not careful, the cost of helping Ace find his way might just be losing herself.

"And that’s how I end up singing ‘I’m On Fire’ in a Montreal KTV bar, stone cold sober, while people whip out their smart phones and I try not to think about all the places this video is going to end up. I just stare at Stéphanie from the raised platform that serves as a stage, watching her watch me as the rest of the crowd cheers. At first I’m only fucking around, adding an extra rasp to the words and playing up the sexuality in the lyrics to the point that it’s funny, but something changes the further I get into the song. The slow build of the synth—the tension that rises and rises but never quite breaks—catches up with me, and by the time I get to the long, wavering howls at the end, I can see Stéphanie’s chest heaving even harder than mine." 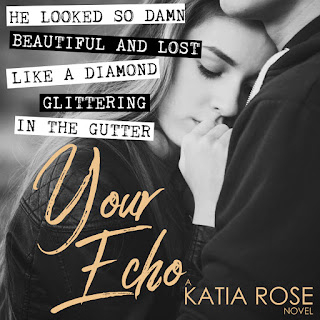 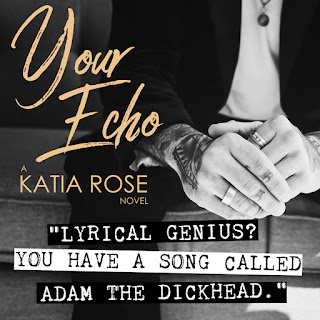 Katia Rose is not much of a Pina Colada person, but she does like getting caught in the rain. She prefers her romance served steamy with a side of smart, and is a sucker for quirky characters. A habit of jetting off to distant countries means she’s rarely in one place for very long, but she calls the frigid northland that is Canada home.

a Rafflecopter giveaway
at September 14, 2018