Set against a holiday backdrop of joy, readers will find this an exhilarating tale of second chances and heartwarming moments balanced with unrelenting suspense.  Keep reading to get a tempting taste of Rocky Mountain Cowboy Christmas by Katie Ruggle, then start counting down the days until this book hits shelves on September 25th.  In honor of this first installment in the Rocky Mountain Cowboys series make sure to fill out the form below for the chance to win 1 of 3 copies of this book too! 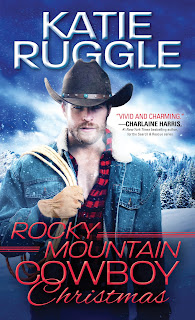 In the heart of the Rockies
One white Christmas can change everything.
When firefighter and single dad Steve Springfield moved his four kids to a Colorado Christmas tree ranch, he intended for it to be a safe haven. But he never expected danger to follow them to his childhood home...
Or that he would come face-to-face with the one girl he could never forget.
Folk artist Camille Brandt lives a quiet life. As the town’s resident eccentric, she’s used to being lonely—until Steve freaking Springfield changes everything. Brave and kind, he’s always had a piece of her heart, and it doesn’t take long before she’s in danger of falling for him again. But as mysterious fires break out across the sleepy Colorado town, Steve and Camille will have to fight if they want their happy family to survive until Christmas... 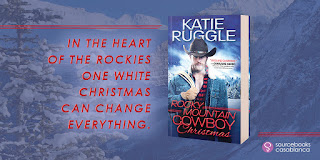 a Rafflecopter giveaway
at September 23, 2018