Fans of friends-to-lovers romances will find themselves drawn to this tale full of temptations and self-doubts that invites readers back into the Montgomery family.  Keep reading to get a tempting taste of Restless Ink by Carrie Ann Ryan, along with my impressions of it.  Once you’ve been fully tempted by this sensual romance make sure to add this second installment in the Montgomery Ink: Colorado Springs series to your bookshelf! 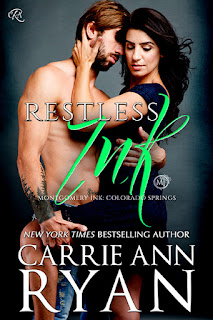 The Montgomery Ink series continues with the so-called sensible sister and the one man she never should have fallen for.
For Thea Montgomery, baking isn’t only therapeutic, it’s also her dream job. She’s worked countless hours keeping her bakery afloat, and now that it’s where she wants it to be, she’s ready to expand and take the next step. When it comes to work and her family, she’s on top of her game. Her personal life, however, is a different story.
When Dimitri Carr isn’t teaching and hiding his ink under long sleeves to keep the bosses happy, he’s trying to be the best brother and friend he can be. After his divorce, he’d thought he would lose Thea from his life forever because she’s his ex-wife’s best friend. But now that he’s free, and the two of them realize they want to keep their friendship. Then he finally sees what he’s been missing all this time.
But there are more problems than the fact that Dimitri is Thea’s best friend’s ex. And when accidental touches and flirtations aren’t enough for either of them, and they’re finally ready to take the next step, they’ll find out exactly what that cost is for crossing that line. And will need to find the strength to face it.

Thea knew she’d had one too many glasses of wine by the time her family walked out of her house to their waiting drivers. All of them had opted to use Lyft rather than drive, and for that, Thea was grateful. Hell, she was glad all she had to do was clean up before going to bed. No one had made too much of a mess, and everyone had helped clean up some of it already, but she just wanted to sleep.
Of course, one person had stayed behind to help her, and now she was sure she’d had too much wine. She was tipsy, not drunk, and much too warm to make any good decisions. So, she wouldn’t make any.
“You don’t have to stay, Dimitri.”
“I’m helping you clean. You might be able to push your family out because they’re going to host soon, but you can’t push me out.”
She narrowed her eyes at him. “How drunk are you? Should I be calling you a Lyft, too?”
He shook his head. “I had a few beers and will schedule my own Lyft. I like that we all did that instead of trying to risk it. Makes me happy that you all think ahead.”
“We don’t drink together that often anymore and, apparently, that final game of Twister sent us all over the edge.”
Dimitri snorted. “I still think you cheated on right foot yellow.”
She gasped. “Liar. I didn’t cheat. You fell. You don’t have the moves to twist, Dimitri. Just let it be known.”
“Cheat.”
Her face warmed, and she went right up to him, tilting her head back since he was so much taller. “What? I could beat you again, and we both know it.”
He held up the board and casually flicked the spinner. “Prove it.”
“Just the two of us? I don’t think so.”
“Bawk.”
“Did you just… did you just make a chicken noise at me.”
“I’m sorry, I can’t hear you, all I hear is clucking. Bawk.”
She lifted her chin, then stripped off her shrug so she wore only her maxi dress. She needed space to move, and it wasn’t easy to play in a dress to begin with, but she was no cheat. She ignored the way Dimitri’s eyes followed her movements, thinking the warmth she felt had to be the wine, nothing else.
“Fine. Game on.”
Dimitri just smiled, and soon, the two of them were standing on the floor mat, laughing like loons as they tried to twist. Having him spin for the two of them wasn’t easy, but she’d be damned if she allowed him to call her a cheat.
Only, when she went for left foot green, her leg twisted with Dimitri’s and they both went down. He tried to move so he took the brunt of the fall, but her dress got in the way, and she ended up on her back, her dress hiked up to her thighs, and Dimitri nestled between them.
She stiffened, her breath going ragged.
“Shit,” Dimitri muttered. “Shit.”
She didn’t say anything, couldn’t say anything. She could only feel him, feel the wine in her system. She wasn’t drunk enough to make a mistake, but not sober enough to move away from him either.
And when his breath warmed her cheek, she did the one thing she shouldn’t, she tilted her head ever so slightly, so their lips brushed.
And then, she was lost. 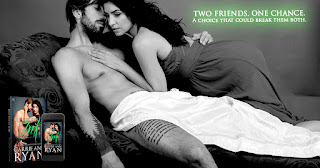 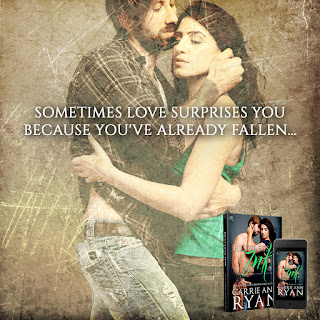 Readers are in for a rocky ride as they revisit the Montgomery Clan in this angsty tale of friends-to-lovers that teemed with sexual tension and frustration from the first page to the last.  Self-doubt and feelings of obligation become part of the narrative and quickly weigh on two friends wanting to be more while dealing with a woman who’s not what she seems.

Thea Montgomery loves her family, is devoted to her business, and is a strong support to her friends.  All those obligations have left her with little time for love and after her most recent dating debacle she’s given up hope of ever finding HEA.  The only man to catch her attention is the one man she doesn’t think she can claim...her friend’s ex-husband, Dimitri.  They were once friends themselves until the divorce pulled them apart, but a chance encounter has brought them back together.  When a night of fun and games (and alcohol) leads to a scorching encounter that neither can forget everything will be irrevocably changed.  As emotions run high both of them will have to work to figure out what they mean to each other and what they want for their future.  Along the way they’ll have to contend with the machinations of Dimitri’s ex, Molly, as she becomes a definite roadblock to their satisfying HEA.  Through it all though Thea remains a likable heroine with a good heart.  She’s extremely loyal to those she calls friend and family and it sometimes causes her to be taken advantage of. She always assumes the best of people and a few instances had me wishing she had more self-preservation.  She feels A LOT of guilt over being with Dimitri when thinking of Molly, but it’s quite clear that Molly’s not the kind of friend who deserves such loyalty.  I was often frustrated by how nasty Molly was and how blind Thea was to seeing it and it dimmed my enjoyment of the story a bit. Despite that I enjoyed the family connections and the realistic interactions of this close-knit group that had me cheering this couple on from start to finish.

Dimitri Carr has a close-knit family himself (with a few sexy brothers whose stories I’d love to have told), one that grew even closer with the death of his parents.  It was a heartbreaking time that led to a marriage when he was far too young, wedded to a woman who wasn’t who she seemed.  The end of his marriage was his biggest disappointment.  He wanted HEA, thought it was to be with Molly, but their love burned out long ago with their only connection now being his dog, Captain, who she takes care of.  He and Thea have been friends for years but it wasn’t until his marriage ended that he started seeing her in a different light.  Though he acknowledges the awkwardness when it comes to Molly, he wants Thea too much to let Molly stand in the way.  The closer he tries to get to Thea though the more her self-doubts push him away in a romance full of push and pull that left me annoyed a time or two.  Dimitri’s a delicious hero, a math teacher with rock star looks, and I found myself drooling over the tatted-up hottie caring for a dog he adored.  He gave his all in his marriage to Molly, changed who he was, and he’s finally living life on his own terms which had me rooting for him to get all that he wanted.

It’s a hard-fought journey full of angst that puts not only their love, but their friendship, through the wringer before reaching a satisfying conclusion.  Along the way readers will be frustrated a time or two as well as experiencing moments of blushing courtesy of the erotic encounters this pair gives in to. They’re a likable pair on a whole, though I wish Thea had been a bit wiser when it came to the blatant duplicity of Molly, and their progression from friends to lovers felt natural.  The character of Molly was in fact my biggest problem with this book.  She was entirely unlikable and used Thea’s niceness against her. She was a stereotypical snotty little rich girl and I dreaded seeing her enter the scene.  Despite her presence I still enjoyed this story, I enjoyed seeing the other Montgomery family members who are a loyal and snarky group who’ve supported each other through every emotional high and low.  They’ve experienced their own woes and become stronger because of them.  For others in the family though there’s heartbreak ahead that’s hinted at throughout this story and that will play out in the next installment.  While this isn’t a perfect book it’s still a book that grabbed me and wouldn’t let go as I found myself fully immersed in two kind-hearted people’s journey to HEA. 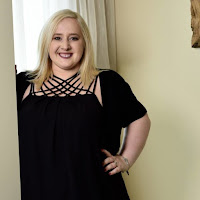