Book Tour for Summer of Scandal by Syrie James (GIVEAWAY)

Two independent thinkers find themselves attracted to each other despite family obligations in this fun and flirty romance full of heartwarming encounters and tough decisions.  Keep reading to get a tempting taste of Summer of Scandal by Syrie James, then add it to your bookshelf.  In honor of this second installment in the Dare to Defy series make sure to visit the link below for US readers to have the chance to win a paperback copy of the first book in this series too! 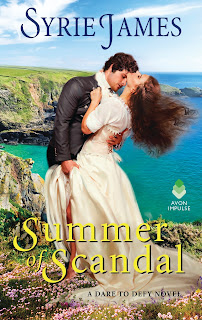 Madeleine Atherton is no typical American heiress, sent to England to marry an English lord. A brilliant college graduate who secretly dreams of becoming a published author, she wants to marry for love. After receiving a proposal from a future duke, Madeleine flees the London Season for Cornwall to seek her sister’s advice, never expecting her decision to be complicated by a charming, handsome earl she’s certain she dislikes—even though his every touch sets her blood on fire.
Charles Grayson, the Earl of Saunders, has secrets and ambitions of his own. Although under pressure from his mother and gravely ill father to marry his cousin, Charles cannot find the words to propose. But this fascinating American visitor does not figure into his plans, either.
Thrown together unexpectedly at Trevelyan Manor, Madeleine and Charles struggle to rise above their intense attraction. But as things heat up between them over a summer that becomes increasingly scandalous, Madeleine and Charles will both be forced to make a difficult choice. Can two dreamers dare to defy convention and find their own happily ever after?
EXCERPT: 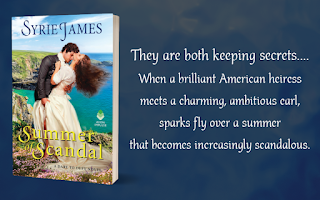 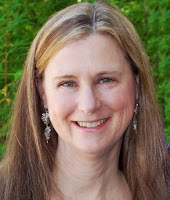 Syrie James is the bestselling author of the critically acclaimed Nocturne; Dracula, My Love; The Secret Diaries of Charlotte Bronte (Great Group Read, Women's National Book Association; Audie Romance Award, 2011), and the international bestseller The Lost Memoirs of Jane Austen (Best First Novel 2008, Library Journal.) An admitted Anglophile, Syrie loves paranormal romance and all things 19th century. She lives in Los Angeles and is a member of the Writer's Guild of America.

VISIT here FOR THE CHANCE TO WIN A PAPERBACK COPY OF RUNAWAY HEIRESS BY SYRIE JAMES.  GIVEAWAY IS OPEN TO US READERS ONLY.  GIVEAWAY ENDS AT 11:59 PM EST ON 9/24.
at September 19, 2018