Book Tour for All Dressed in White by Charis Michaels (GIVEAWAY)

A marriage of convenience leads to unexpected attraction for a man disillusioned by his new bride’s past and leads to a reunion months later that has him seeing his bride in a whole different light.  Keep reading to get a tempting taste of All Dressed in White by Charis Michaels, then add this emotional and captivating historical romance to your bookshelf.  In honor of this second installment in The Brides of Belgravia series make sure to visit the link below for the chance to win a Brides prize pack featuring a paperback copy of this book along with an e-copy of Any Groom Will Do being awarded to two winners! 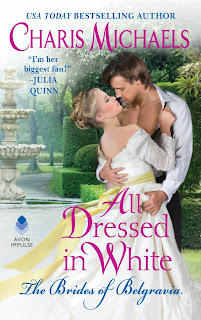 Self-made shipping magnate Joseph Chance never planned on falling in love. He simply needed financing for a new business venture and a marriage of convenience provides it. Then he meets Tessa St. Croix, his future bride, and is instantly smitten. But when the angelic beauty reveals a life-changing secret on their wedding night, Joseph thinks maybe some dreams shouldn’t come true. He leaves England, reconciling himself to a detached, convenient marriage after all.
Eleven months later, Tessa Chance has built a new life for herself in the heart of London. She’s learned her new husband's business and is determined to support herself and her responsibilities. When Joseph returns to London unexpectedly, nothing is as he imagined. His estranged wife has become the one person who can help him secure his company’s future, and her allure can tempt him still. Determined and hopeful, Tessa jumps at the chance to prove herself and justify the secret that tore them apart.
Although bruised pride and broken hearts lie between them, Joseph and Tessa realize the love they once felt has never truly left. If they can learn to forgive each other, they’ll soon discover the truest love can heal all wounds. 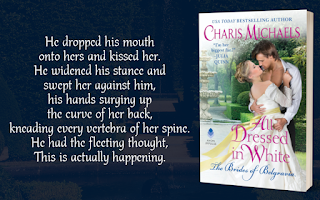 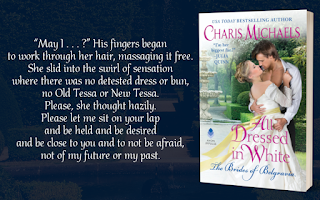 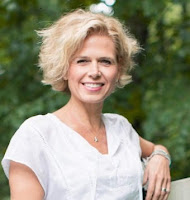 USA Today bestselling author CHARIS MICHAELS believes a romance novel is a very long, exciting answer to the question: "So, how did you two meet?" It's a question she loves to answer again and again with different characters, each time she writes a book. Prior to writing romance, she studied Journalism at Texas A&M and managed PR for a trade association. She has also worked as a tour guide at Disney World, harvested peaches on her family's farm, and entertained children as the "Story Godmother" at birthday parties. She has lived in Texas, Florida, and London, England. She now makes her home in the Washington, D.C.-metro area. 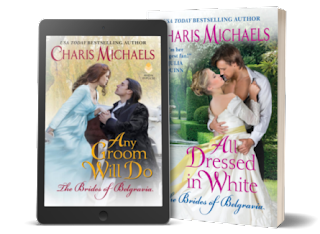