Book Release Blitz for Off the Beaten Track by Lucy Felthouse

With the excessive temperatures outside right now, it's the ideal time to stay in the cool indoors reading a steamy book.  Lucy Felthouse has a new release, Off the Beaten Track, that's the perfect summertime read.  I'm giving you a glimpse of it today so you can see why you need to add it to your to-buy list. 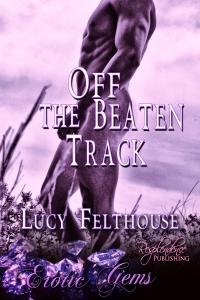 OFF THE BEATEN TRACK by Lucy Felthouse

When workaholic Libby Strong’s friends and family make her take a long overdue holiday, she’s not impressed. A week of lounging by a swimming pool and doing nothing is not her idea of fun. In an act of rebellion, she books a day trip, touring in a jeep. When her guide arrives, Libby’s astonished to discover she’s the only patron going on the trip. But as hunky Demetrio takes her off the beaten track and deep into the beautiful Portuguese countryside, she soon leaves her worries behind and hangs on tight for the ride of her life.
AVAILABLE FROM:


Libby huffed and puffed as she made her way up the steep slope leading to the rear exit of the hotel complex. She swore the builders had had secret CCTV cameras installed so they could watch people suffer their poor planning for years to come. At least it was early. Had it been lunchtime, she’d surely have passed out with the heat.

Ah well, Libby thought as she finally reached the road, it’ll be worth it. This trip is going to be amazing.

As she stood on the mercifully flat pavement and got her breath back, a thought niggled at her. Nobody else was here. Panicking, Libby wrenched open her bag and pulled out her paperwork. She examined it, then a glance at her watch confirmed she had both the right date and time. So where was everyone? Yes, she was ten minutes early but surely the others should be here by now? Looking down the slope she’d just ascended, Libby frowned as she saw it was deserted. Everywhere was deserted.

Fuck, she thought, perhaps they were all here earlier and they’ve gone without me!

The rumble of an engine distracted Libby from her worries. Turning, she saw a jeep trundling down the road towards her. She watched hopefully as the driver pulled the vehicle up beside where she stood and reached into the passenger seat.

Picking up a clipboard, the man glanced down, then at her, and said, “You are Libby Strong?”

The man grinned widely, revealing dimples in both cheeks, and hopped out of the jeep. Walking around the vehicle to where she stood, he held out a hand.

“I am Demetrio. Your guide for the day.”

Libby took his hand and shook it. It was warm and strong. Much like the rest of him, she suspected, as she gave him a subtle once over. He was tall, with black curly hair to his shoulders, luscious brown eyes and olive skin. A white t-shirt bearing the holiday company’s logo covered his top half—though without obscuring his impressive biceps—and he wore longish tan colored shorts on the bottom. A pair of non-descript white-ish trainers and faded red cap completed his outfit.

“I’m Libby,” she said, even though he already knew her name. She was just being polite. “Pleased to meet you.”

They broke off the handshake and Demetrio smiled again, then moved to the passenger side of the jeep and pulled open the door.

“Please,” he said, gesturing she should get in.

Libby did as she was told, but couldn’t help asking the burning question.

“Where is everyone else?”

Demetrio waited until she was safely in the passenger seat, closed the door and made his way to the driver’s side. He got in, then turned to her.

“There is nobody else. You are only person on this trip. You get best views!”

He laughed then , the flash of white teeth against olive skin resulting in an unexpected jolt in Libby’s nether regions. She studied his profile for a few seconds, then grudgingly admitted to herself that Demetrio was, in fact, very attractive. Despite the fact she was a red-blooded woman, she rarely noticed such things.

Like most people, she’d come on this holiday to recharge her batteries. Unlike most people, she’d been practically forced into it. Libby was somewhat of a workaholic, which left her little time for anything else. It was this fact which had cost her her last relationship. The long working hours, frequent rain checks on their dates and her lack of interest in any kind of affection, let alone sex, had finally caused James to walk away.

Libby had barely noticed. She’d just carried on working, and working…until her friends and family had finally intervened. They’d booked the holiday to Portugal, arranged with her boss for her to have the time off, and basically given her little choice but to go. 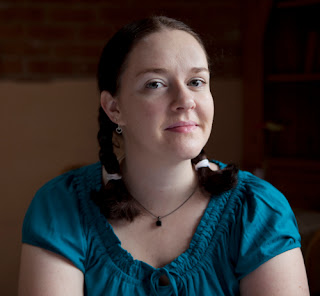