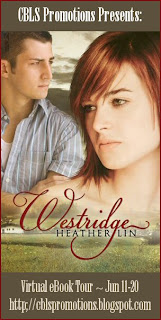 I'm a big fan of friends to lovers stories and love discovering new books with this theme.  Heather Lin's newest release Westridge tells the story of childhood who reconnect in adulthood to form a romantic relationship hampered by all sorts of roadblocks that jeopardize their HEA.  Courtesy of CBLS Promotions Heather is here today giving us a unique look into Westridge, so keep reading and give Heather a big Welcome.......

Hi everyone! I’m so happy to be here at Words of Wisdom, celebrating the one year anniversary of my very first Silver Publishing release, Westridge.

For my guest post today, I thought I’d share with you a bit about the novella’s hero, Jason Dawson.

Jason is a handsome, hardworking country boy who was born and raised in Westridge and—unlike his childhood sweetheart, Gabby—never had the desire to leave. He and Gabby were inseparable from the time they were small, and he could never understand why, right after high school graduation, she boarded that bus for the city and never looked back.

Though his heart was broken, Jason knew he had to move on. So when blond bombshell and fellow Westridge native Rosa Nelson made her move, he married her, happy to lose himself in the distraction. Of course, that’s not the best foundation for a happy marriage, and one year after the birth of their only child, they divorced.

Now, five years after Gabby’s desertion, Jason is single and has never been able to forget his first love. Though he’s given her the space she desired in the past, they’ll have to see each other when she comes back to town for the funeral of a well-loved community member. Jason’s ready for an explanation, and, although much has changed in both their lives, a second shot at love.

Here’s a brief excerpt describing Jason from Gabby’s point of view, when she stumbles upon him working on one of her father’s tractors:

God, he was even more attractive than when they were teenagers. He'd thrown his flannel shirt over the tractor's vinyl seat, and his white undershirt and jeans were covered in dirt and grease. He was a hard-working man, and he had the callused hands and dirty fingernails to prove it. The college she'd attended bred thinkers, not doers, and since leaving Westridge she had stuck with that crowd and dated that type of man. But doctors, lawyers, businessmen—she doubted most of them even knew how to change a headlight, let alone make a living at something so messy and intricate. It was an attribute she'd always admired about Jason—a quality that had always turned her on. She tore her eyes away from his muscular chest, once again finding her resolve.

Thank you so much for stopping by and reading the post! Please leave any questions or comments below—I’ll be checking back throughout the day to join in the conversation! 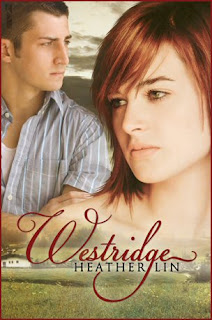 Gabby Jones and Jason Dawson were born only months apart in the small, country town of Westridge. For the next eighteen years, they were inseparable, but after their high school graduation, Gabby got on a bus to the city, leaving Jason with a weak explanation and a broken heart. After five years of making it a point to avoid her old flame, Gabby comes home for a funeral and, thanks to meddling parents and circumstance, she and Jason are thrown together again.

But now Jason is an auto mechanic with an ex-wife and a daughter, and Gabby owns a successful flower shop in the city. Even if Gabby is able to admit she still loves Jason, and even if Jason is able to convince her to tell him the real reason she left, will they be able to get past the changes and broken pieces in time to start over?

"What do you mean you can't pick me up?" Gabby Jones asked in disbelief, trying to balanceher purse, suitcase, ticket, and cell phone as she boarded the bus.

"I'll send someone to get you. I'm busy helping with the funeral arrangements," her mother replied.

"Oh, you're gonna have to see him at the funeral, anyway. And just because you disowned all of your friends when you moved away doesn't mean I have to."

Gabby had left the small town of Westridge five years ago. In Westridge, the nearest mall was forty-five minutes away, and "got stuck behind a plow" was the most common excuse for tardiness. The kids hung out at Walmart or the diner during their downtime and talked about how they couldn't wait to get away from the stupid small town where everyone knew everyone else's business. They didn't want to be stuck in the same routine, seeing the same people their whole lives, and Gabby had felt the same way -- trapped, bored, insignificant. At least, that's what she'd told Jason two days before getting on a bus to the city and not looking back.

Ever since, she'd made a point of avoiding her old friends whenever she returned to visit her parents. Of course, her mother always updated her on Jason whether Gabby wanted to hear it or not. Mrs Jones had complained about the girl Jason dated after Gabby, discounted their quick marriage, gushed over their new baby, and gloated when they got divorced just a year after her birth. It had hurt Gabby to hear the news, but there was no way she'd ever admit it to her mother. Gabby tolerated her mother's gossip and was grateful she'd managed to avoid her high school sweetheart in person, if not in conversation. But this visit would be different.

Her parents and Jason's had been best friends since high school, and none of them made a secret of wishing Gabby and Jason would get back together. Sending him to pick her up today was a perfect setup. For them. Gabby rolled her hazel eyes in annoyance, even though her mother couldn't see.

"I didn't disown anyone," she said. “I just went on to bigger and better things. People drift apart. It happens."

She found her seat and threw her bags onto the rack above it. Her neighbors didn't look particularly happy about the twenty-three year old talking away on her cell phone, but she ignored them.

"Bullshit," Mrs Jones admonished. Only her mother could make cussing sound like a gentle, motherly act. "You loved it here. You were perfectly happy until--"

"Mom!" Gabby interrupted, not wanting to hear what her mother would say next.

She'd become a master of denial over the years and couldn't handle anyone breaking through the fog of her self-induced memory loss. Her mother sighed. It was a heavy sound, and Gabby didn't like it. It made her seem old.

"You're right. It's fine," Gabby's voice softened. "I'll have to see him soon, anyway."

She snapped the phone shut and leaned her head back against the seat, closing her eyes to fend off a tension headache. But all she could see was an eighteen year old Jason: blue eyes full of disbelief, face pale, fists balled.

"What the hell do you think you're doing?" Jason demanded, slamming the door to his truck shut.

Gabby had to work hard to keep her chin raised and her lips from trembling.

"Just like that? And all I get is a note in my locker on the last day of school?"

He threw a crumpled piece of paper at her feet. Her parents had dropped her off at the bus stop, but they were long gone. If that goodbye had been painful, this one would be excruciating -- which was exactly why she'd tried to avoid it.

"And now you can tell me to my face."

He was making a scene. Gabby was embarrassed, and the tears she'd tried desperately to keep at bay burned in her eyes.

"There isn't anything to do in this town. I just need to see what else is out there."

"This is bullshit, Gabby. A few months ago, we were talking about getting married."

Her voice rose as she lied desperately through her teeth, trying to keep control.

The bus pulled up, and Jason's anger turned to pleading.

"Don't, Gabby. If you need some time away from this place, I'll go with you."

"I belong with you."

Then she turned and boarded the bus, ignoring the stares. She managed to hold the tears back until he was out of sight.

The pain of the memory was scorching, surprising Gabby with its intensity. She opened her eyes. She had to get a hold of herself. She looked past the old man reading a magazine, her gaze falling on the houses outside. They were reaching the suburbs, but her destination lay far beyond that. Gabby groaned and firmly pushed the last image she had of her high school sweetheart out of her mind. The next few days were going to be hell. 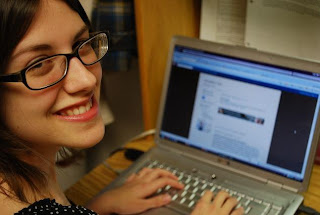 *To learn more about this book visit the other blogs hosting this tour listed here.
at June 14, 2012