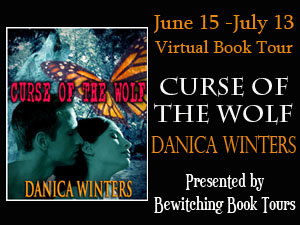 With Curse of the Wolf, Danica Winters has created an exciting paranormal story full of intriguing characters that would make a great series if she so chooses.  When two people hurt by the death of their lovers meet amidst danger and lies will they ever admit their love for each other?  Find out in this action packed story full of colorful secondary characters and scary villains by reading on.  To start off, Danica Winters is here talking about writing and inspiration......


A Humble Writer’s Words of Wisdom

Earlier this week I received a letter from a nice young woman who had just graduated from high school.  She wrote about her wishes, her dreams of the future, and asked for advice on how to attain her goals.  I instantly fell for the young woman’s unbridled hope and fervor to become a writer ‘someday.’

We’ve exchanged a few emails since, where I’ve tried to explain a little bit about what she should expect in college, and the path that most writers follow.  I know that it is unlikely that she will divert from her desire to go after a degree in a shrinking field, but like other young men and women, I think the importance does not necessarily lie in the field that they pursue their degree so much as the skills that they will attain while in college.

When I was writing to her, I had to think back to my high school and early college years.  What would have benefited me if I was back in that time and place in life—the days when I had been thirsty for experiences?  When I had been unguarded to the prospect of new/different ideas?  When I had been desperate to make a life for myself?

After some thinking, my answer was simple and I quote from the letter in which I wrote her.  “The best advice I can give you… is this: Keep your chin up, grow a thick skin, follow your heart, and most importantly don't give up on your dreams (there will certainly be days that you will want to quit).”

My advice does not apply to only prospective authors.  Everyone at some time or another will find themselves in a place in their life where, in order to follow their heart, they will have to lift their chin and carry on, turn a blind ‘ear’ to the things others are saying, and have blind faith to continue when the road they have chosen proves to be filled with ruts.

If I talk to this young woman again, I would like to add one final thought, an additional snippet of advice:  No matter what your dream, be strong and work hard—if you do, your dreams will eventually come true.

I sincerely hope this advice may help anyone who is searching for direction and is in need of help in finding a path. 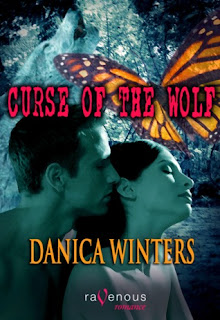 Curse of the Wolf by Danica Winters

For cursed, shape-shifting Veela, Gloriana, following her heart and giving her body to sexy, tortured werewolf Alexander means one thing-he will die and it will again be her fault.

Once only a man, Alexander finds himself scarred by the memories of his former life and the deceptions and lies that surround him. When a glimmer of light breaks the madness, he must let go of his misguided preconceptions and the hatred that consumes him.

On a mission for blood, they find unity in their desire for revenge, but are driven apart by their pasts. Traveling the darkest paths and fighting the very people they think they can trust, they draw closer to one another's hearts and further into danger.

Will the curse prove to be unstoppable... or is there hope in forbidden love?

In her human-like Veela form, Gloriana Canis was at a distinct disadvantage. Her feet pounded against the ground as she ran, she crashed through the underbrush, and tripped upon the branches that reached up to snatch her legs. With a muffled growl, she paused as she forced her body to shift into her more powerful wolfen shape.

Dashing after the intruders, she silently passed beneath the low lying branches and bounded over the roots. Her paws silently ab­sorbed the sounds as the ground blurred beneath her. She saw none of the pack that had invaded her territory, so she lifted her snout and sniffed.

The scent of the gray Werewolf was a mix of triumph, malice, and anger, but there were no traces of fear.

He’s a fool. The thieving Were should feel fear above anything else—because I soon will be upon him.

When she found the beast, she would tear at his soft flesh…the least vital parts first. Before she finished, he would undoubtedly cry for mercy, but no matter how hard he cried, or how desperately he pleaded, he would find none. The man had tried to steal Bal­dur’s Vitam Aeternam, the ring of eternal life, from her. The ring was the final memento of Baldur’s existence, of their fight for love against all odds and the curse that had taken his life. The Were who attempted to take it from her would have no easy death.

Deeper into the woods, the scent of the gray alpha Were less­ened and was replaced by the musky scent of the brown beta she had seen circling the alpha.

Her strides grew more rapid. She was close.

Weaving around a boulder, her body collapsed as the ground gave way. Her paws clawed at the soft earth, desperate to stop the fall, but the dirt crumbled beneath her touch. She yelped in fear as she clawed, but it was too late. Her body flipped into the earth’s open maw.

The stakes ripped into her soft flesh. Hot, searing pain invaded her body.

Howling, she tried to leap, struggle—anything to free her body—but the motions only drove the stakes deeper, worsening her agony.

A fire burned deep in her flank and she caught the scent of blood on the stakes that now were wedged in her flesh. Hydra blood.

The venom pumped through her veins, she could taste the acrid poison in her mouth. Slowly her vision began to fade. She was forced to find refuge from the pain inside of her mind.

My dearest Goddess, Epione, do not let the curse of the loving Veela take me. I promise that if you let me live, I will find Baldur’s killer and make him pay. Please, please do not deliver my soul to the underworld. I must complete my task.

She could feel the sun rising in the distance. Would this morn­ing be her last?

A light illuminated the grave-like pit.

Expecting a torch-bearing lampade to lead her to the under­world, she was surprised when a tall man appeared with a flash­light in his hand. He stood at the edge of the pit, his other hand on his hip and a scowl on his face.

She growled, but as the rumble escaped her, it was replaced with a yelp.

The thief had returned to finish her.

He reached down to her and said something, but it sounded as if he was talking through water. When he spoke again, she heard him say, “Shifter, I’m Alex…” but the rest of his words were lost in the muffling pain circulating through her body.

She tried to pull away from his touch, but her paws felt like lead weights and she struggled to move.

The pain radiated from the stakes in her flesh. Unable to fight the poison any longer, her eyes closed. Her mind went black. 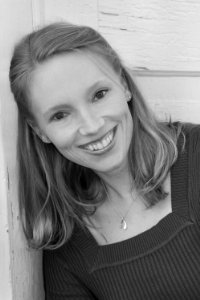 Danica Winters is an Amazon best-selling romance author based in Montana. She is known for writing award-winning books that grip readers with their ability to drive emotion through suspense and often a touch of magic. She is a member of Romance Writers of America, Montana Romance Writers, and Greater Seattle Romance Writers. She is a contributor to magazines, websites, and news organizations. She enjoys spending time with friends and family, the outdoors, and the bliss brought by the printed word.