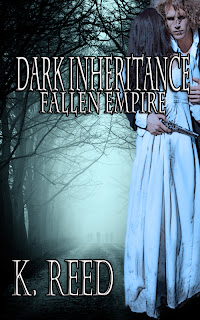 The once glittering ballrooms of Regency England now lay desolate. A plague has ravaged the countryside. The government has fallen. What vestiges of order remained have been consumed by the endless funeral pyres.

Grayson, once the Baron of Harwich, sought only to protect his people. Rescuing a half-dead woman was not among his plans. But something about her pulled at him. Perhaps it was her beauty, still evident beneath the pallor of loss. Perhaps it was the recently fired rifle at her side. Or maybe he simply tired of death. All he knew was that the plague had taken too much already. He couldn’t let it take her as well.

Lady Juliette Adair had been ready to die with her brother. She didn't expect to be shown mercy in a world that had no room for mercy. When Grayson saved her she questioned his motives but soon found herself intrigued by him, drawn to him.

Societal rules were a thing of the past, dead along with the ton. Juliette had no manner by which to measure her growing closeness to Grayson any longer. But when she discovers he may not be the man she thought she knew more is at stake than just her heart. The secrets she carries could make a king or destroy one.

K. Reed has brought a new spin to the historical genre in this unique mash-up of the Regency period amidst the havoc brought by a plague bringing this part of the world to its knees.  There's a dystopian feel to this world that leaves a constant feeling of tension and paranoia to the story and its characters.  The usual image of Regency England with its romance and glittering balls is completely shattered with the death and lawlessness this story conveys and I applaud the author for daring to be different.

Even though many preconceived notions are shattered by this story, there's still some things you can count on.  First and foremost is a to die for hero who goes above and beyond to keep those he cares about safe.  Grayson's created a safe zone amidst the chaos that has befallen the country and to continue to keep things safe he's forced into keeping company with those he detests.  He's soon caught up in a dangerous game that gets deadlier by the minute and puts the one woman he's come to love in danger.  That woman is Juliette, who knows more than she's telling and is more knowledgeable about the military than your average female.  She's a strong heroine, but something about her irritated me at times.  She seemed a bit holier than thou, not fully realizing that sometimes you have to do unspeakable deeds for the common good.  Her swift and violent condemnation of Grayson over beliefs she has about him made me angry with her and made her seem ungrateful.  I still admire her strength and the joy and support she brought to Grayson though and could put aside these flashes of annoyance.  The romance between these two progressed in a believable and very sexy way.  Their sexual interludes started out slowly but full of sexual tension and built rapidly to numerous steamy encounters throughout the second half of the book.

The overall feel of this book shows us a bleak world on the verge of exploding into chaos.  Along with the admirable main characters whose love brings a bright spot to the darkness, there's many likable secondary characters whose stories deserve to be told.  As this story doesn't have a definitive ending, I look forward to K. Reed bringing us more from this uniquely thought provoking world.

*I received this book from the author in exchange for my honest opinion.
at June 05, 2012