Fans of New Adult romances will find themselves drawn to this epic love story between a man who's never discovered "the one" and the woman whose past has her fearful of the future.  Keep reading to get a tempting taste of Chasing Red by Isabelle Ronin, then count down the days until its September 5th release date.  In honor of this first installment in the Red series make sure to fill out the form below for the chance for US/CAN readers to win a signed print copy of this book too! 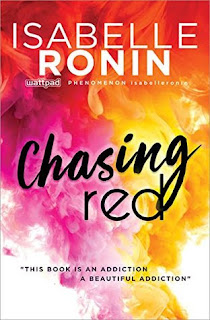 THEY SAID SHE WAS GOING TO BE MY RUIN...
THEN LET HER RUIN ME.
He had everything—wealth, adoration, a brilliant future. Until one chance encounter changed everything.
The moment Caleb Lockhart spotted the mysterious woman in her siren red dress, he couldn’t tear his eyes away.
For the first time in his life, he wanted something.
Something he knew he could never have.
The unforgettable stranger he dubs RED. 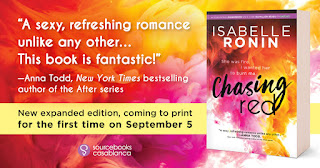 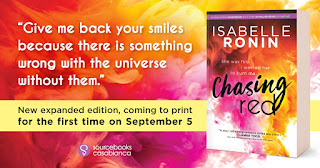