Geek meets the football player with unexpected sparks the result in this romance that starts out fun and flirty but takes a serious turn as the story progresses.  It's an engaging read from start to finish and one that will capture reader's attentions.  So keep reading to get a tempting taste of Oh Henry by Mimi Jean Pamfiloff, along with my impressions of it, then add it to your bookshelf.  In honor of this second installment in The OhHellNo Series make sure to fill out the form below for the chance to win a signed copy of this book too! 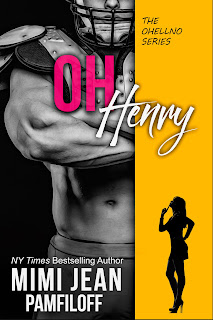 SHE'S GOT ME BY THE FOOTBALLS...
My name is Henry Walton, and though I've been called many things throughout my life--tree trunk, moose, walrus--I am now six foot five, solid muscle, and the hottest defensive end in the NFL college draft. This is the moment I've been waiting for: fame, women, and glory.
Just one problem: I'm suddenly in a bad slump. And it started the moment I got dumped by Elle, the nerdy goddess with thick glasses, a smokin' hot body, and a genius IQ.
So what gives? We only dated for a few weeks, and it's not like I've missed her. (Much.) Regardless, all the facts point to one conclusion. Elle is my lucky nerd-charm.
Call me superstitious, but I have to get her back before I lose everything. Even if she's the last girl I should want and she now hates my guts. 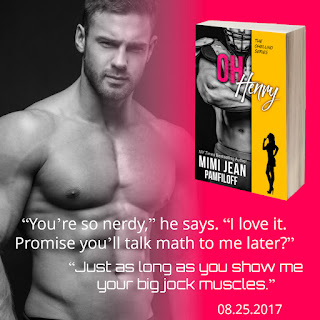 When an intelligent yet geeky young woman sets out to find a bit of fun with the star football player unexpected sparks fly along with futures irrevocably changed by their making a connection.  From the moment readers meet this surprising couple they'll be put on a roller coaster of emotions in a romance that starts out fun and flirty but soon takes a serious turn that will keep readers on the edge of their seats.  By the turn of the final page you'll be satisfied by all that's come before but counting down the days until the ramifications of these opposites attracting comes to fruition.

Henry Walton comes from a family of wealth.  It's made his life easier in some ways but in some respects life is much harder as the family money comes with far too many strings.  While he's focused on joining the NFL his father attempts to use guilt and manipulation to get him to be a part of the Walton company. Acquiescing to those manipulations will forever change Henry as the weight of the world will be put on his shoulders as the story progresses.  Early on Henry looks like a party boy who's only dedicated to football, but inside is a caring young man who ends up sacrificing all for the brainiac he unexpectedly falls for. He and Elle are opposites in many ways and though their reason for getting together is merely for fun and sex at first, it soon becomes clear that they're more alike than they care to admit.  When readers first meet Henry he appears arrogant and juvenile but as we get to know him we discover a man willing to sacrifice all for those he cares about.  He's charming, willing to humble himself in the name of love, and is the highlight of this story as he wore his heart on his sleeve.  He's the perfect hero and readers will find themselves drooling over this delicious dichotomy of sexy, sweet, and snarky!

Elle comes from an average family but is anything but average.  From an early age it was clear that she was super smart and those smarts had her family planning out her entire future.  She had other plans though that made for a memorable childhood until her mother's illness leads to obligations of her own. Life for her is serious as she devotes herself to college and ignores the reality and hopelessness of her mother's fate.  Looking for a bit of fun has her connecting with Henry for a few weeks of erotic interludes and blocking out of the future.  When feelings become involved though she runs which leads to a merry chase that endeared Henry to me even more.  When she can no longer ignore the truth of what he means to her, it will lead to heartbreak as well as heartwarming admissions that had me cheering her and Henry on every step of the way.  Elle's a bit unlikable early on as she puts on a tough facade.  She'd rather hurt than be hurt which has her pushing Henry away in the most hurtful ways.  She softens as the story progresses though, admits truths about herself, that had me rooting for her and her family.  I liked that she was an unconventional heroine.  She embraced her geeky side, raised her geek flag high, and it made her and Henry a more engaging couple.

On a whole this was a fun and flirty romance of opposites attracting.  From the engaging main couple to the delightful secondary ones who return in this second installment in The HellNo Series, this was an entertaining read.  Henry and Elle were immensely appealing and had a combustible connection through scorching interludes and witty banter that had me chuckling as well as blushing.  I enjoyed their early interactions that were exhilarating and fresh but felt the suspense in the latter part of the story was a bit melodramatic.  It felt unnecessary and manipulative but despite that I still enjoyed their journey and its uplifting message of love overcoming all and can't wait for this story's cliffhanger to be resolved in the next installment.  Those looking for a decadently delightful hero and a unique heroine will want to add this charming and sexy read to their bookshelf!

THE PREVIOUS INSTALLMENT IN THE OHHELLNO SERIES: 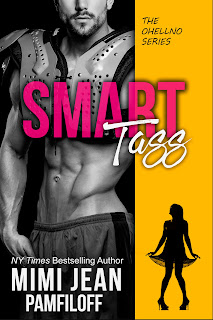 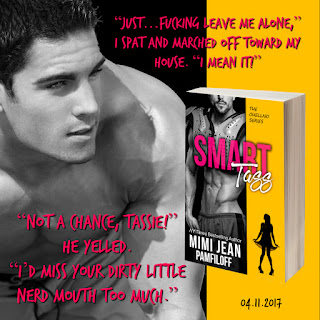 Mimi Jean Pamfiloff is a New York Times & USA Today bestselling author of Paranormal and Contemporary Romance. Both traditionally and independently published, Mimi has sold over 800,000 books since publishing her 1st title in 2012, and she plans to spontaneously combust once she hits the one-million mark. Although she obtained her international MBA and worked for over 15 years in the corporate world, she believes that it’s never too late to come out of the romance-closet and follow your dreams.
When not screaming at her works in progress, Mimi spends time with her two pirates in training, her loco-for-the-chili-pepper hubby, and rat terriers, Mini & DJ Princess Snowflake, in Arizona.
She continues to hope that her books will inspire a leather pants comeback (for men) and that she might make you laugh when you need it most.