Readers will find themselves drawn to this emotionally intense tale of a doctor returning to her life after years of military service and her unexpected connection to a man living every moment like it's his last.  Keep reading to get a tempting taste of Finding Passion by Tiffani Lynn, along with my impressions of this older woman/younger man romance, then add it to your bookshelf.  In honor of this third installment in the Colorado Veterans series make sure to fill out the form below for the chance to win a $10 Amazon GC and a signed print copy of this book too! 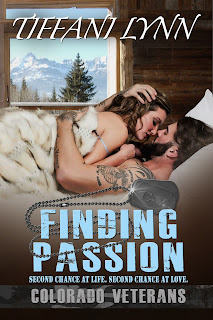 Javier Suarez left the Marines four years ago after experiencing the ugliest facets of war. He’s been to hell and back but now he feels that his life is complete. He runs his own private investigative firm, spends time with his family and volunteers for local charities. He doesn’t need anything else.
Valerie Larinsky has spent the last 18 years fighting for the lives of her patients as a naval combat surgeon. But now that she’s returned to civilian life she has a new fight on her hands; her husband has left her, taking their only child with him.
Javier’s life is turned upside down when he takes Valerie on as a client. He’s drawn to her in ways he doesn’t want to be. The two do their best to ignore the fire igniting between them as they forge a working friendship. When Javier’s old issues resurface, it’s Valerie’s turn to figure out how to help him before he loses the battle of life. 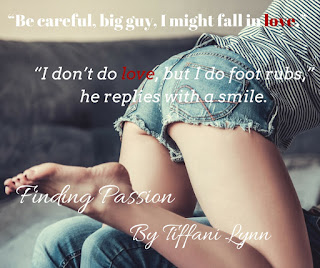 The Colorado Veterans series just keeps getting better and better with stories that immerse readers in emotionally intense romances between wounded warriors and interactions between characters that are starting to feel like family. This latest installment introduces us to two veterans who are battling their own demons while struggling to find their HEA and putting readers through the wringer in a story that put me on an emotional roller coaster.  From start to finish this was a tale that had me cheering one moment, frustrated the next, but ultimately uplifted through the adversity these characters gained strength from.

For 18 years Valerie Larinsky has served her country with honor as a surgeon, sacrificing her mental health and the happiness of her family to save others. Returning home for the last time she anticipates laughter, hugs, and happiness, but instead gets caught unawares by a husband who wants to end their marriage and a daughter who's bitter because of her father's lies and manipulations.  Valerie's always acquiesced in the past when it came to her husband's decisions, but this time around she's fighting back.  Aiding her in her divorce is the sexy man who kissed her at a benefit and who made her pulse pound the moment she first laid eyes on him.  Soon, she's not only going toe-to-toe with her soon-to-be ex, but she's dealing with the combustible feelings the frustrating PI engenders in her.  It's a constant push/pull between them as his fears have him pushing her away in a relationship that's scorching one moment and frustrating the next.  Through it all though, Valerie's journey is an empowering one where she gains inner strength through her friendships and the romantic attentions from a trio of men who become her friends while one becomes her lover.  Valerie's a strong-willed woman who's there when others need her most.  Even when she's hurting she still there in support.  Ultimately, Valerie's the kind of heroine you can see as a friend, the kind of heroine you admire, and someone who wholeheartedly deserves her HEA.

Javier Suarez is a former Marine whose life is full of work, volunteerism, and no commitments when it comes to women.  He's quite content to flit from one woman to the next as he doesn't think he has much to offer them in the long run.  The moment he sees Valerie though, everything he once felt becomes muddied.  Theirs is a crackling connection from the moment he sees her and gets stronger the more he learns about her as he helps her through her divorce. They start out as friends but quickly become more in sexually-charged encounters that leave both of them confused and readers frustrated.  While it's clear that he and Valerie are a great match, his fears over his future have him pushing her away.  When heartbreaking news is delivered, Javier goes through a very dark period that brought tears to my eyes in vividly depicted scenes. Seeing what Javier was going through, his fears made real, made it more understandable why he pushed her away at first.  I could forgive Javier for his frustrating treatment of Valerie early on as he's a good man deep down, a man who doesn't want his weakness to affect others.  He's a drool-worthy hero in some ways as his rugged looks and overt sensuality are a balm for Valerie's bruised ego at the start.  He's kind to his family and puts them above all else in numerous heartwarming scenes.  Despite his frustrating moments Javier is still a hero readers will be drawn to and ultimately cheering for after everything he goes through in his journey to HEA.

This was an emotionally intense read from the very start.  These two characters are full of inner conflicts and their erotic interludes are a reprieve from all the pain they're going though.  Their lives are full of highs and lows and through them all they supported each other.  Theirs was an erotically-charged older woman/younger man romance full of heartwarming moments and uncertainty that kept me rooting for them until the very end.  Surrounding this likable couple was a large cast of secondary characters, some who we've seen before and a few new ones as well.  I enjoyed getting follow-up on the previous couples and seeing how happy their HEAs really are as I came to care for each of them immensely.  I thoroughly enjoyed the Suarez family, they'e an exuberant group, who welcome everyone with open arms and their love radiated off the page.  I was particularly drawn to the deaf character of Victor, who's still trying to get over his wife's death, and the glimpses of romance between Valerie's daughter and Judson's adopted son.  It's a teenage crush that brought a smile to my face and I look forward to seeing how things progress as they mature and start living life.  When it comes to Victor I applaud the author in depicting his disability and I look forward to seeing his storyline expanded.  He's a good and kind man who's clearly hurting and I'm rooting for him to heal and find his own HEA.  Overall this was another winner from Ms. Lynn as it beautifully balanced a sensual romance with heartbreaking realism, giving readers characters worth cheering for, and I recommend it to all those looking for an unforgettable romance! 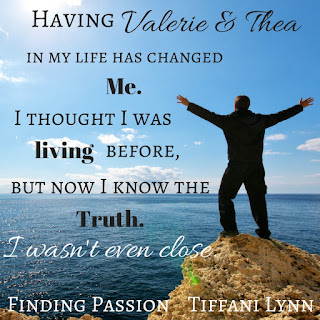 THE PREVIOUS INSTALLMENTS IN THE COLORADO VETERANS SERIES: 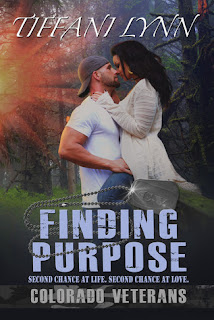 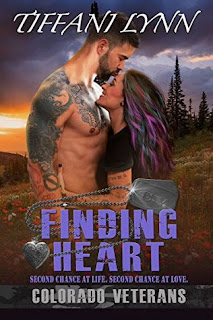 Tiffani currently resides in Florida with her husband, three daughters and chunky yellow lab. She graduated from the University of Maryland with a degree in social science and spent five years working for Hospice. When she's not writing or taxiing her children around she enjoys reading and attending concerts. Tiffani is also a crazed fan of the Tampa Bay Lightning, Tampa Bay Rays, and the 2016 World Series Champion Chicago Cubs.