Readers will be on the edge of their seats with this suspenseful tale of friends who struggle over becoming more as a woman who would do anything for family finds herself the object of one man's obsession while being protected by another who's hesitant to open his heart.  Keep reading to get a tantalizing taste of Blood Money by Cynthia Rayne, then add this exhilarating tale to your bookshelf.  In honor of this third installment in the Lone Star Mobster series make sure to fill out the form below for the chance to win a $15 Starbucks GC too! 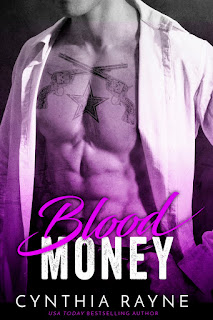 How far would you go to protect someone you love?
When Jasper Tan joined the Lone Star Mafia, his family said he’d dishonored the Tan name and turned their backs on him. Jasper vowed to never let anyone get close again—until he met Victoria Hale. Vick is a hacker and the outfit’s secret weapon when it comes to digging up dirt on folks. They’ve become the best of friends and Lord knows Jasper wants much more, but he can risk letting her in?
Vick puts her family first as well. Her older brother, Jackson, has been fighting an addiction for years and she’s stayed by his side, even when their parents gave up on him. Jackson owed money to some dangerous people. To save him, Vick compromised her morals by striking a scandalous arrangement with Simon Caldwell.
Infatuation has turned to obsession, and Simon is a cold-hearted, ruthless bastard who’ll stop at nothing to keep Vick. Can Jasper protect her? And will these friends become lovers? 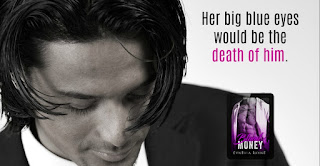 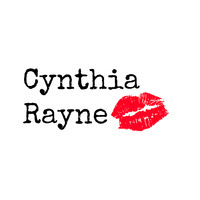 Cynthia Rayne is a USA TODAY bestselling author of the Lone Star Mobster Series, Let it Ride Series, and the Four Horsemen MC Series. While Cynthia was born and raised a damn Yankee in Ohio, her parents hail from Dixie, and she grew up on homemade buttermilk biscuits and southern wisdom. In her spare time, she enjoys shopping, reading way too many romance novels, and drinking a truly obscene amount of coffee.