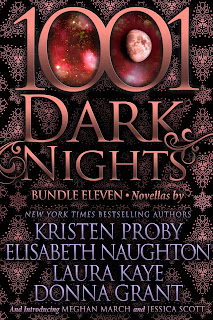 EASY FOR KEEPS: A Boudreaux Novella by Kristen Proby.
Adam Spencer loves women. He’s comfortable with his lifestyle and sees no reason to change it. Sarah Cox has just moved to New Orleans, having accepted a position as a social worker. It’s a demanding, sometimes dangerous job, but Sarah can handle just about anything that comes at her, even the attentions of one sexy Adam Spencer. But the more time she spends with the enchanting man, the more he begins to sway her into believing in forever.
UNCHAINED: An Eternal Guardians Novella by Elisabeth Naughton.
For thousands of years, Prometheus’s only certainty was his daily torture at Zeus’s hand. Now, unchained by the Eternal Guardians, he spends his days in solitude, trying to forget the past. He’s vowed no allegiance in the war between mortal and immortal, but when a beautiful maiden seeks him out and begs for his help, he’s once again powerless to say no. Soon, Prometheus is drawn into the very conflict he swore to avoid.
HARD TO SERVE: A Hard Ink Novella by Laura Kaye.
When Internal Affairs investigates Detective Kyler Vance as part of the new police commissioner’s bid to oust corruption, everything is on the line. Mia Breslin’s career is golden. Now if only she could find a man to dominate her nights and set her body—and her heart—on fire. When a scorching scene with a hard-bodied, brooding Dom at Blasphemy promises just that, Mia is lured to serve Kyler again and again.
DRAGON FEVER: A Dark Kings Novella by Donna Grant.
Rachel Marek intends to expose the truth about dragons to the world – and her target is within sight. Nothing matters but getting the truth, especially not the ruggedly handsome, roguishly thrilling Highlander who oozes danger and charm. Asher is more than just a man. He’s a Dragon King – a being who has roamed this planet since the beginning of time. With everything on the line, Asher must choose to trust an enemy in the form of an all too alluring woman whose tenacity and passion captivate him. 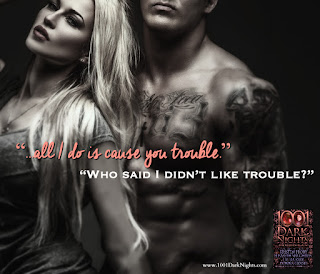 BENEATH THESE SHADOWS by Meghan March
The only permanent thing in my life is the ink I put on my clients.
I drift from city to city, in and out of beds, from one tattoo shop to the next.
Every time I start to put down roots, I rip them up.
Until New Orleans.
Until her.
She’s everything I’m not.
Full of fire and life. An innocent where I’m a sinner.
I want to consume her. Protect her. Keep her.
But first, I have to escape from beneath these shadows. 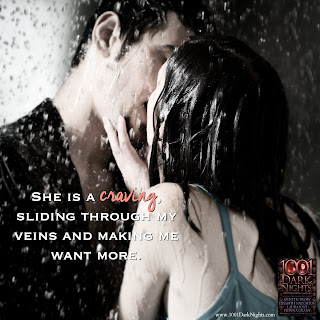 BEFORE I FALL: A Falling Novel by Jessica Scott.
Beth Lamont knows too much about the harsh realities of life. She’ll do whatever it takes to take care of her father, even if that means tutoring a guy like Noah. Noah Warren doesn’t know how to be a student. All he knows is war. But he’s going to college now to fulfill a promise and he doesn’t break his promises. Except he doesn’t count on his tutor being drop dead gorgeous. 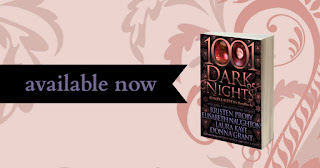 Kristen Proby was born and raised in a small resort town in her beloved Montana. In her mid-twenties, she decided to stretch her wings and move to the Pacific Northwest, where she made her home for more than a dozen years.
During that time, Kristen wrote many romance novels and joined organizations such as RWA and other small writing groups. She spent countless hours in workshops, and more mornings than she can count up before the dawn so she could write before going to work. She submitted many manuscripts to agents and editors alike, but was always told no. In the summer of 2012, the self-publishing scene was new and thriving, and Kristen had one goal: to publish just one book. It was something she longed to cross off of her bucket list.
Not only did she publish one book, she’s since published close to thirty titles, many of which have hit the USA Today, New York Times and Wall Street Journal Bestsellers lists. She continues to self publish, best known for her With Me In Seattle and Boudreaux series, and is also proud to work with William Morrow, a division of HarperCollins, with the Fusion Series.
Kristen and her husband, John, make their home in her hometown of Whitefish, Montana with their two pugs and two cats. 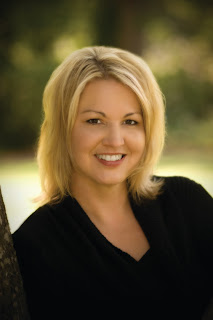 Elisabeth Naughton is a New York Times and USA Today bestselling author. From Elisabeth: “I was never one of those people who knew they wanted to be an author at the age of six. I didn’t have imaginary friends. I didn’t write stories in my journal or entertain my relatives by firelight after Thanksgiving dinner. For the most part, I was just a normal, everyday kid. I liked to read, but I wasn’t exceptional at it. And when my teachers complimented me on my writing abilities, I brushed them off. I did, however, always have a penchant for the unique and absurd. And as my mother told me all throughout my childhood, I should have been an actress—I was a drama queen before my time.
“Years ago, my husband bought me Scarlett: The Sequel to Gone With The Wind. If you ever saw the book, you know it’s a long one. I sat and read that thing from cover to cover, and dreamed of one day being a writer. But I didn’t actually try my hand at writing until years later when I quit my teaching job to stay home with my kids. And my husband? After that week of reading where I neglected him and everything else until I finished Scarlett, he vowed never to buy me another book again. Little did he know I’d one day end up sitting at a keyboard all day drafting my own stories.
“My writing journey has not been easy. I didn’t just sit down one day, decide I was going to write a book and voila! sell my very first attempt. As most authors will probably agree, the path to publication is filled with hours of work, pulling all-nighters I thought I’d given up in college, sacrifices, rejections, but a love I discovered along the way I just can’t live without. Instead of a big, thick book to read by lamplight (I do read much smaller ones when I get the chance), I’ve traded in my reading obsession for a laptop. And I’ve never been happier.
“I’m one of the lucky ones. I have a wonderful family and fabulous husband who put up with my writing—and obsessive personality—even when life is chaotic. More than once my kids have been late to swimming or baseball because I needed just five more minutes to finish a scene. Their support and encouragement mean the world to me. I also have amazing friends and a support network I couldn’t survive without. So to all of you out there who have encouraged me along the way, sent me emails and fan letters, phone calls and congratulations, I just want to say, thank you. You make this whole writing gig that much more enjoyable. I truly wouldn’t be here without you.”

Donna Grant is the New York Times and USA Today bestselling author of the sizzling Dark King series featuring dragons, immortal Highlanders, and the Fae.
She was born and raised in Texas but loves to travel. Her adventures have taken her throughout the United States as well as to Jamaica, Mexico, and Scotland. Growing up on the Texas/Louisiana border, Donna’s Cajun side of the family taught her the “spicy” side of life while her Texas roots gave her two-steppin’ and bareback riding.
Despite deadlines and voracious reading, Donna still manages to keep up with her two children, four cats, and one long haired Chihuahua.

Jessica Scott is the USA Today bestselling author of novels set in the heart of America's Army. She is an active duty army officer, a veteran of the Iraq war, is the mother of two daughters, far too many animals, and wife to a retired NCO.
She has written for the New York Times At War blog, War on the Rocks, PBS Point of View Women and War and has been featured in Esquire Magazine as an American of the Year in 2012. She has compiled two nonfiction projects about her time in Iraq and the return home.
She has recently completed a PhD in sociology from Duke University and also holds a a Master’s Degree in Sociology from Duke University, a Masters Degree in Telecom Management from University of Maryland University College, BA in Cultural Studies from State University of New York and an Associates Degree from Central Texas College.
She's been featured as one of Esquire Magazine's Americans of the Year for 2012. 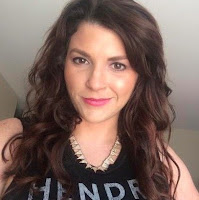 A USA Today bestselling author of over fifteen novels, Meghan March has been known to wear camo face paint and tromp around in woods wearing mud-covered boots, all while sporting a perfect manicure. She’s also impulsive, easily entertained, and absolutely unapologetic about the fact that she loves to read and write smut. Her past lives include slinging auto parts, selling lingerie, making custom jewelry, and practicing corporate law. Writing books about dirty talking alpha males and the strong, sassy women who bring them to their knees is by far the most fabulous job she’s ever had.