The queen of hockey romances returns with a brand new series of a hockey player starting over whose attraction to a poker player trying to build her winnings leads to endless temptations.  Keep reading to get a tempting glimpse of Maverick by Brenda Rothert, then start counting down the days until this first installment in the Sin City Saints Hockey series hits bookshelves on August 24th! 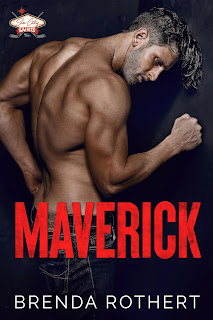 The Vegas heat just kicked up a notch with the arrival of ice hockey’s newest expansion team – the Sin City Saints.
Maverick Hagen’s fall from grace was more like a crash landing. His record-breaking career ended after a fight with an opponent over a woman left him with a broken leg, or so the pundits thought. Returning to the sport he loves as the captain of the league’s new expansion team, the Sin City Saints, his lucrative contract comes with just one rule—no romantic distractions.
Gia Ford also makes her living playing a game—poker. The rounder has hit her stride in Vegas, quietly building her bank account one casino at a time. She’s got a score to settle, and nothing will get in her way—not even the sexy hockey player who’s willing to lose money just to see her in action. Maverick attracts attention, upsetting Gia’s under-the-radar game.
Maverick and Gia can’t afford to give in to their magnetic attraction, with his career rebounding and her winnings growing. But the hotter their chemistry burns, the harder it is to deny. So will they or won’t they? In Vegas, there’s only one way to settle it—a bet, of course.
FIND AT GOODREADS here.
PRE-ORDER LINKS:  AMAZON  |  iBOOKS 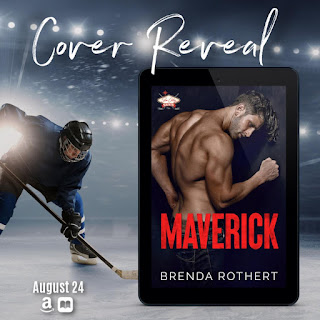 AUTHOR INFO:
Brenda Rothert is an Illinois native who was a print journalist for nine years. She made the jump from fact to fiction in 2013 and never looked back. From new adult to steamy contemporary romance, Brenda creates fresh characters in every story she tells. She’s a lover of Diet Coke, chocolate, lazy weekends and happily ever afters.
WEBSITE  |  FACEBOOK  |  TWITTER  |  PINTEREST  |  WATTPAD  |  AMAZON AUTHOR PAGE
at June 30, 2021