13 Upcoming Reads to Get Excited About (GIVEAWAY)……

Readers have reason to get excited today courtesy of InkSlingerPR and the 13 amazing books coming out over the next few weeks.  Keep reading to get a taste of each romance, then fill out the form below for the chance to win some of these upcoming releases, a Kindle Fire, and bookstore GCs too! 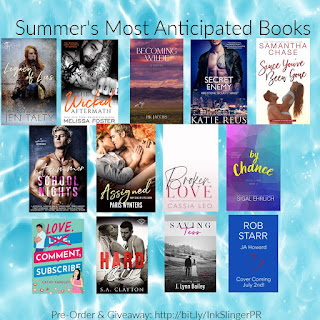