A woman of wealth and stability finds herself drawn to her sister's ex-boyfriend, an artist with a painful past who doesn't see himself as important or worthy, in a tale that pulled at my heartstrings.  Keep reading to get a tempting taste of Camden Walker: Apartment 8C by Aly Stiles, along with getting my impressions of it, then add this second installment in the Wreck Me series to your bookshelf! 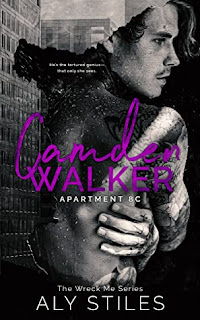 Damaged.
Drifter.
Genius.
After surviving severe trauma, Camden Walker has spent his life being trapped by labels. Now, at age twenty-seven, he’s fine being the gifted artist not wired for a world that’s left him scarred. All he wants is to break free and find the beauty that’s been stolen from him.
Smart.
Successful.
Painfully ordinary.
Olivia Price is used to being invisible and living in the shadow of her younger sibling. The fact that Olivia is secretly in love with her sister’s boyfriend is just another example of craving what Claire takes for granted.
But when Claire dumps Camden without a thought, Olivia can’t let go of the haunted green eyes she’s loved for so long—especially when they finally see her too.
Because maybe it takes the one not wired for this world to appreciate the one who’s been ignored by it.
And maybe it takes the only person who’s ever understood the wounded artist to show him he’s as radiant as his art.
BUY AT AMAZON here. 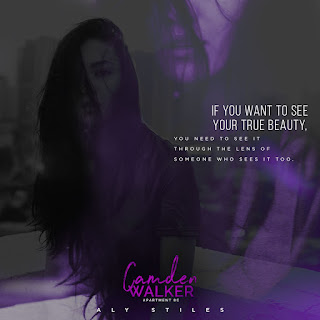 GET THE FIRST BOOK IN THIS SERIES, ASHTON MORGAN: APARTMENT 17B, here. 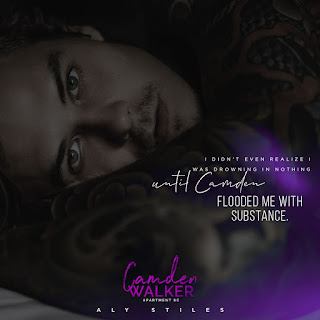 MY IMPRESSIONS OF THIS BOOK:
From the moment I started reading this story my heart was already being captivated.  In a tale of preconceived notions these two people were wounded souls who were often ignored and lonely, caught up in their own minds where they felt safe.  They slowly start a friendship/attraction that binds them together, has them discovering their true worth while dealing with past pain, in a romance that warmed my heart while also putting it through the wringer.
Camden Walker is an unforgettable hero, a tortured artist who finds beauty in pain, finds beauty in the most unlikeliest of places.  Unfortunately he doesn't see that beauty in himself.  Suffering a horrible childhood event has left him broken and bruised, feeling unworthy of love while believing it doesn't truly exist.  His beliefs and actions broke my heart, broke me in pieces that Ms. Styles slowly put back together with each turn of the page.  His journey was a hard one to read at times as he saw himself as a commodity, selling himself out for just a morsel of affection, while waiting to be tossed away once again.  The moment he met Olivia he thought she hated him, but in reality her feelings were much more complex and it allowed him to see her in a whole new light.  She slowly showed him his true worth in a slow-burn romance that I'm still thinking of now.
Olivia Price is a successful business woman who, after a recent divorce, finds herself guarding her heart...at least until her sister dumps the one man who's occupied her heart and soul incessantly.  Her feelings for Camden have kept her hiding from the truth, living in her sister's shadow as she doesn't feel worthy.  Her life has been lacking in excitement and color...qualities that Camden slowly starts to introduce Olivia to.  At the same time, Olivia starts bringing out the man hiding behind his own pain.  In a lyrical and vivid depiction Camden's pain is put on display and it pulls readers into his journey even more wholeheartedly.  Olivia's an immensely appealing heroine, one who's not afraid to go through the fire to pull Camden out.  She's the first woman to show him his true worth, the first woman to handle and cherish his gentle heart and soul in a journey that warmed my heart while having me wipe away a tear or two.
This was a powerful story of healing, preconceived notions, and loving yourself that pulls readers into its emotionally intense storyline from the very start.  Though it's the second installment in the Wreck Me series it stands strongly on its own as readers get to see the world of Camden through his own eyes, see how his art speaks volumes in a colorful and powerful depiction.  Olivia is just the woman he needs and I admire how hard she fought for Camden and his heart and soul.  With each turn of the page she definitely came out from behind her sister's shadow to grab hold of her richly rewarding HEA.  On a whole I loved this book and its use of art in driving the romance between Olivia and Camden, as well as giving readers deeper insight into who he is.  While I enjoyed their slow-burn romance, there were times when things moved almost too slowly.  Despite that small quibble this was an unforgettable read with an equally unforgettable main couple whose journey to HEA pulled on every one of my heartstrings in a tale I definitely recommend!
My rating for this is an A-
*I got this book from the author for review in exchange for my honest opinion. 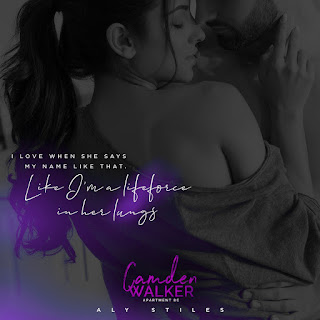 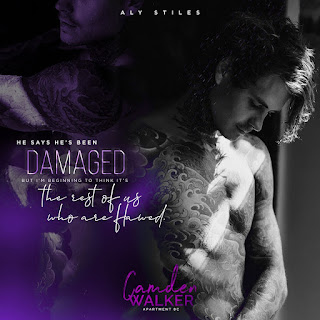