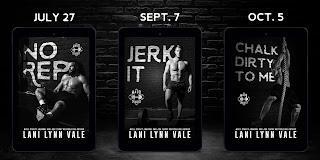 A man who feels lost decides that he's had enough of being a police officer but soon finds his past coming back to haunt him when the woman he saved all those years ago ends up in his life again...and this time she wants to claim him for herself in this emotionally intense tale of second chances.  Keep reading to get a tempting glimpse of the three books in the Madd CrossFit series, then start counting down the days until the first installment hits bookshelves on July 27th! 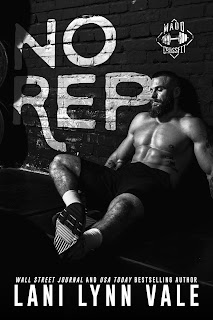 𝐍𝐎 𝐑𝐄𝐏 by Lani Lynn Vale (releases on July 27th)
Taos was tired.
Tired of everything that came with living. Not to the point where he was suicidal or anything, but tired enough that he just didn’t give a crap anymore.
He’d seen all the ugliness this world had to offer due to his job as a police officer for way too many damn years of his less than stellar life. After finding a way to sustain his spending habits that didn’t include having criminals point guns at his face, he quits without a backward glance.
Only, he just can’t step away from old habits.
Old habits that have to do with a beautiful young woman that makes his heart feel like it isn’t nearly as broken as it is.
Fran has experienced more than her fair share of crap. After an attack that nearly took her life, she stays hidden in her house, fearful that stepping out of her comfort zone will be the final nail in her coffin.
Then her sister forces her to face her fears, and she joins Madd CrossFit.
There, she meets the man that saved her life a year ago, and realizes rather quickly that he doesn’t even realize who he is to her.
He’s everything she ever thought a man should be and wants nothing to do with her.
Maybe she’ll have to give him a reason to look her way.
And damned if she doesn’t find a way to do it.
She didn’t plan on nearly getting killed for that to happen, though.
At least not again.
FIND AT GOODREADS here.
PRE-ORDER LINKS:  AMAZON  |  iBOOKS  |  KOBO 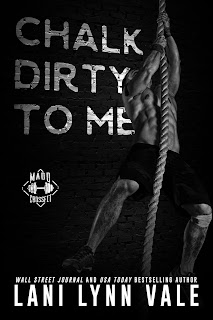 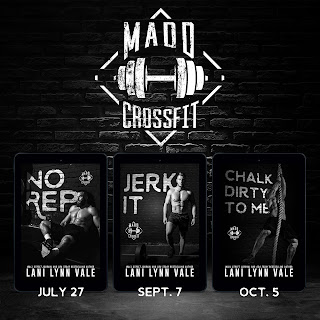 AUTHOR INFO:
Lani Lynn Vale is a Wall Street Journal & USA Today Bestselling Author of over thirty titles. She is married with three children, two dogs, two cats, a donkey, and a couple (a couple also meaning over twenty) chickens.
When she’s not writing, you can find her curled up in her favorite chair reading. Lani is married with three children and lives in the Great State of Texas.
WEBSITE  |  FACEBOOK  |  INSTAGRAM  |  TWITTER  |  GOODREADS AUTHOR PAGE  |  BOOKBUB
at June 18, 2021