Two people trying to cope with painful pasts find their connection to each other the only thing keeping them going in this gritty and emotionally intense read.  Keep reading to get a tempting taste of Love is Blind by Janine Infante Bosco, then start counting down the days until this second installment in the Satan's Knights MC North Carolina series hits bookshelves on June 11th! 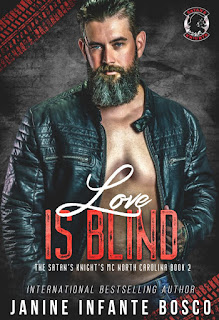 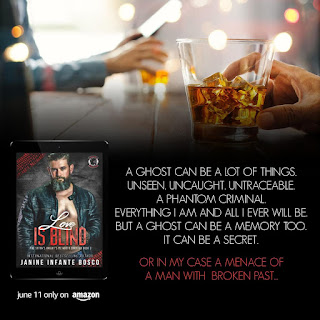 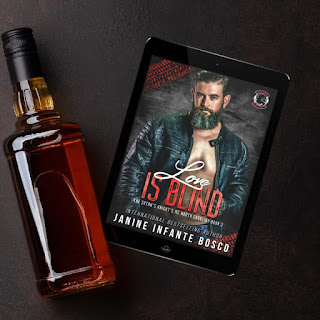 AUTHOR INFO:
Janine Infante Bosco lives in New York City, she has always loved reading and writing. When she was thirteen, she began to write her own stories and her passion for writing took off as the years went on. At eighteen, she even wrote a full screenplay with dreams of one day becoming a member of the Screen Actors Guild.
Janine writes emotionally charged novels with an emphasis on family bonds, strong willed female characters, and alpha male men who will do anything for the women they love. She loves to interact with fans and fellow avid romance readers like herself.
She is proud of her success as an author and the friendships she’s made in the book community but her greatest accomplishment to date would be her two sons Joseph and Paul.
WEBSITE  |  FACEBOOK  |  AMAZON AUTHOR PAGE  |  BOOKBUB AUTHOR PAGE  |  INSTAGRAM  |  PINTEREST  |  TWITTER  |  GOODREADS AUTHOR PAGE
at June 04, 2021